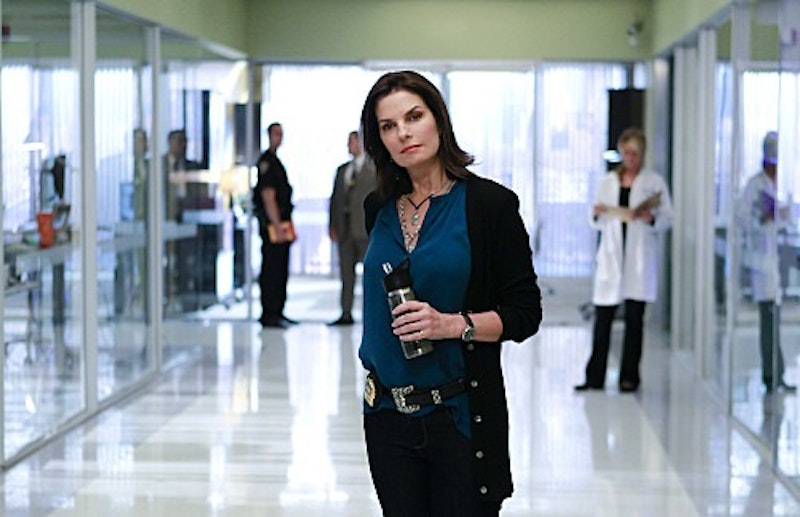 If we’ve learned nothing else from the proliferation of law-enforcement procedurals in the past dozen-plus years, it’s this: these shows lose their edge when their weakest links have nothing left to prove, when less-than-confident scrubs mature into semi-seasoned veterans and the team begins to operate like a well-oiled machine. Unless somebody dies or quits, there isn’t much to upset the generic karmic balance at work within most of these series.

After the last episode of its sixth season aired, actress Melina Kanakaredes left CSI: NY, in large part because she felt that she was underpaid. No one blinked, because the role Kanakaredes played—that of a driven, independent no-nonsense detective named Stella Bonasera—was immensely flinty and unlikable in the same way that Kim Delaney’s mercifully short-lived CSI: Miami character was. CSI: NY producers shrugged and called in Sela Ward, and subsequently, all was well.

See, there’s just something about Sela Ward, something not quite tangible that has the effect of brightening a television show set, bringing out the best in whatever cast she’s a part of: cf. Sisters, House, Once and Again, even that shitty disaster movie she was in. I don’t think it’s the eyes or the smile or the effortless grace, but rather a combination of these and other attributes that, combined, could charm the skin off of a snake. Sela Ward doesn’t so much act as she adds minute dimensions to the idea of Sela Ward—motherly but hip, sisterly but not antagonistically so, the kinda gal you’d grab a beer with, without designs, just because she’s awesome—but if we want to think about her the way we’re supposed to, as an actress, perhaps the appeal is that she makes acting seem easy, a breeze. Such is Ward’s glow, that’s the word, she glows, that knowing that she’s drawing a regular, fat paycheck for playing a detective with an adopted black daughter on a staid, blah procedural actually does something for my overall peace of mind.

Don’t get me wrong. CSI: NY remains less than watchable, the network equivalent of eating the same bowl of oatmeal every morning without variation. It’s just that Ward’s presence makes it slightly more bearable than it was. Kanakaredes’ character was a curt and impatient counterpart to Gary Sinise, who runs tonally hot, cold, or lukewarm, depending on the scriptwriters’ boredom level. Sela’s character, Jo Danville, injects a sassy, sexy playfulness—nothing slutty—into the squad room, as if solving murders and interrogating murderers is actually supposed to be fun, and drags a bit of mysterious, slowly unraveling backstory in along with her. And it all feels natural, right, perfect: it’s almost as if Danville’s been around forever and a day, instead of a single season. Wait, Stella Bonasera who?