The Movie Critic Who Couldn't Keep A Job 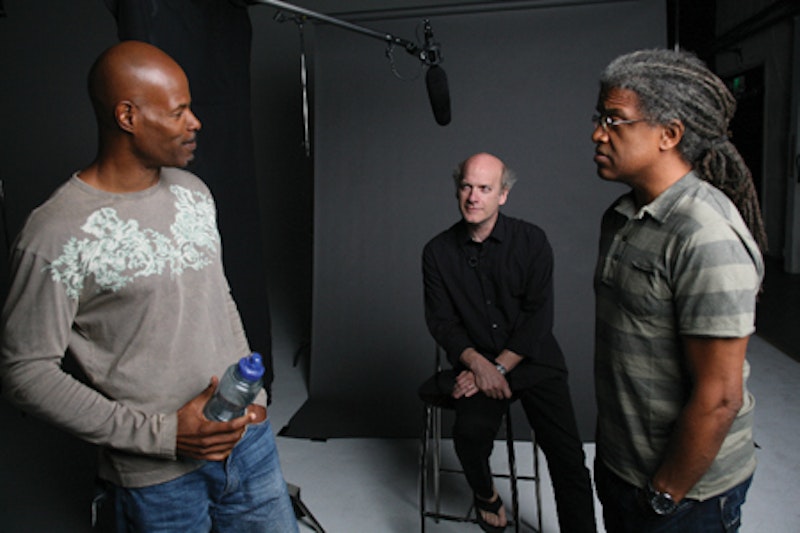 Appending “onetime” to the name of movie critic Elvis Mitchell has become de rigueur over the past few years. After exiting the New York Times in 2005, he’s gone on to host a short-lived interview show on Turner Classic Movies (the disposable Under the Influence), named one of the chief contributors to the new Ebert Presents at the Movies (departing soon after that show’s premiere was announced), and, in January, joined irrelevant website Movieline as one of the critics working under the equally irrelevant Stephanie Zacharek.

That latest post became another “onetime” over the weekend, when it became apparent that Mitchell had written a review of the Jake Gyllenhaal-starring Source Code based upon an early script—not the completed film itself. The giveaway passage in the review, which to its credit Movieline still has up:

It’s up to Jeffrey Wright, as the administrator supervising the Source Code—the machine that keeps firing Colter back, back, back to the recent past—and his eccentric brio to keep the silliness from piling up like ash from his pipe. That’s how you know this film is science fiction—someone is smoking indoors in the United States—and that Wright is a martinet whose malevolence must be checked.
Too bad that Wright doesn’t smoke a pipe in the movie, as its director, Duncan Jones, pointed out in a Tweet: “Find it odd Movieline choose to complain about Jeffrey Wright smoking a pipe, something in an old draft of the script that’s not in the film.”

Whoops! Though neither Mitchell nor Movieline had much to say about the episode so far, the critic was gone by Saturday; given that it’s a sad point in your career when you’re playing second fiddle to Zacharek—who found the recent one-armed surfer movie Soul Surfer “almost Bressonian, except it’s not boring”—a movie critic should still, you know, go see the movie he’s reviewing.

Watching Mitchell unravel his own career has been amusing up to this point. He was originally supposed to join the Times in the 1990s, but got cold feet at the last minute. Then he took on the burden of teaching two classes in at Harvard’s Department of African and African American Studies while serving as one of the NYT’s three regular movie critics. In addition, he was apparently hired to review movies for the Los Angeles Times at one stage, but never actually showed up; ditto a post running a New York office for Columbia Pictures. Then there was the Ebert misadventure, now Movieline. (To be fair, he does seem to be maintaining an interest, or at least an interest in a steady paycheck, via The Treatment, a nationally-distributed pop culture/movie show for NPR, since 1996.)

What, if anything, does Mitchell’s latest premature exit tell us about the state of film criticism today? After all, this isn’t the first time that a critic’s been discovered to have filed a review on something he hasn’t actually seen: Even the mystifyingly sainted Ebert once wrote a review of an indie comedy after watching only eight minutes of it. That predictably caused some hubbub, but since he’s, you know, Roger Ebert, there was no serious discussion about suspending or firing him over it. (He later wrote all sorts of explanations and apologies about the episode.)

Walking out of a movie can be a tradition, either as a badge of honor or as an admission of a faint heart or weak stomach. Noting that you didn’t stay for the entirety of Caligula or Clerks 2 or anything featuring Rob Schneider strikes me as fair; just don’t present your article as a full-fledged review unless you’ve gone back and seen the rest of the celluloid atrocity in question.

Basing a review on a script, whether it’s presented as a final draft or not, is something altogether different, however. It’s hard to imagine that Mitchell was too busy to actually spend the 90 or so minutes it takes to watch Source Code; though, given his track record and reputation, I suppose it’s possible that shirking duties can be a full-time occupation.

There are more movies being released these days than ever before (even if it seems like Your Highness is never going to leave your local bijou), but with few traditional outlets bulking up on arts reviewers, those critics who do have reviewing jobs are just going to have to bite the bullet and actually see the damned things. Otherwise do something else; I hear McDonald’s is hiring.

Though I should point out, in case Elvis is reading: Mickey D’s, too, expects employees to actually show up for work.