Kitty Green’s The Assistant is the first major film of the #MeToo era. B+ 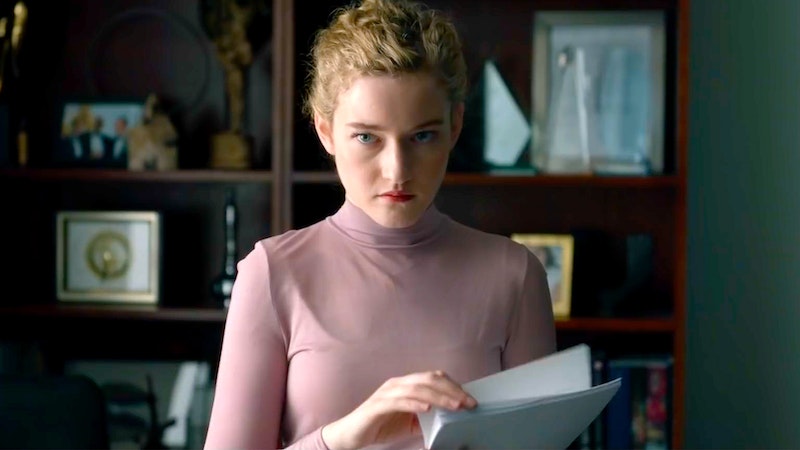 It’s astounding that The Assistant, Kitty Green’s debut as writer/director, got made at all. So soon after Harvey Weinstein’s exposure and downfall—a little more than two years now, but The Assistant was shot in early 2019 and entered preproduction in September 2018, less than a year after The New York Times ended Harvey Weinstein’s career and ignited the #MeToo movement. Movies “ripped from the headlines” are hardly new—Adam McKay and Jay Roach are doing their best to make them a staple in theaters—but movies about the film industry itself are famously fraught and rarely come out while their subjects are still alive. Billy Wilder’s Sunset Boulevard came out in 1950, two decades after silent stars like the fictional Norma Desmond were rendered irrelevant overnight. But Mary Pickford still left the premiere in tears, while Louis B. Mayer was apoplectic: “How dare this young man, Wilder, bite the hand that feeds him?” (Wilder overheard Mayer, went up to him and his cronies, and said, “I am Mr. Wilder, and go fuck yourself.”)

Wilder said in that 1999 interview that Sunset Boulevard was an attempt “at that thing which never quite works—a picture about Hollywood.” (He was of course, successful—just like Robert Altman with The Player and Quentin Tarantino with Once Upon a Time in Hollywood). But that kind of "picture" takes place in Los Angeles, and it usually involves movie stars (or former movie stars), gossip columnists, executives, eccentrics of all kinds. The Assistant is the grim and realistic counterpoint to those bitter but nonetheless romantic portraits of monsters in the movie industry. There’s no love here for anything, and Green’s spartan formalist approach—little dialogue, mostly static shots, almost no music—heightens material that needs no exposition in early-2020.

Julia Garner plays an assistant for an unnamed and unseen movie executive in Lower Manhattan. She answers phone calls, makes copies, distributes scripts, refills medications, handles the wife, picks up delivery in the lobby, lets in actresses to see her boss, simmers but can't do anything about it, and so on. But on this day she accompanies a girl from Boise in a town car to The Mark, and by the afternoon this girl has a desk next to hers. This girl has been flown in from out of nowhere, career-wise—what studio moguls 80 years ago called “5 o’clock girls.” They’re not in movies. They’re not producing. They’re there for the absent man’s fun. It’s important that we never see the Weinstein figure, not only because he’s so thoroughly characterized via his assistant, but also because he always remains terrifying and, paradoxically, omnipresent. His way of doing things is manifested throughout his office: crumbs, scraps of food, earrings on the floor, unintelligible shouting.

Garner’s character takes the case of the young girl from Boise to HR (in another office nearby), and as she struggles to articulate what she’s come in to report, the caricatured insensitive football coach of an HR person has the gall to suggest Garner’s character is “jealous” of the girl from Boise, and that "she's a grown woman, she can make her own decisions." Of course he doesn’t give her the time or space to relax and relate what she found disturbing about her bosses’ behavior, whether or not it warranted a complaint. His speech, a disgusting “get with the program” schtick, shows how sclerotic these situations are at the end. A serial rapist that needs intravenous erection medicine running a production company: what could go right? The Artist?

Weinstein’s there in every detail: the Tribeca office, the Peninsula Hotel, his routine with the women he summoned, the endless meals, even the dick medicine (in pill and syringe form). Our most direct contact with him in The Assistant is a phone call and an email exchange between him and Garner's character after the HR incident. He calls her furious: "I thought you were smart." Cue the berating. And then of course when Garner's character apologizes in email, his response is like a teddy bear, "You're good. I'm so sorry. I'm also so tough on you because I want to make you great." Harvey, Harvey, Harvey. It's obvious anyone who knows the salacious details, but the strength of Green's film is precisely that Weinstein is all but identified, while everyone working for him are nameless archetypes. This situation was not unique to Miramax or The Weinstein Company, and the underlying problem has not been solved.

This guy eats so much I assumed the movie took place over a week or so, despite the fact that Garner wears the same outfit throughout. Her performance is extraordinary, all restraint and agonizing repression. The painful paralysis between doing the right thing and saving your career: this is not a unique problem, unfortunately. Even in the film’s most on-the-nose moments (on the phone with dad, parts of the HR conversation), Garner never becomes a cutout, or an idealized amalgam, like Margot Robbie’s character in Bombshell. Robbie’s performance was great, but the role was lousy. Still, you felt nailed to the wall when John Lithgow, as Roger Ailes, forced Robbie’s character to show him her underwear. The rest of Bombshell was too distracted and insubstantial.

The Assistant has a completely opposite approach: show everything in this woman’s day in less than 90 minutes. What if Jeanne Dielman worked for Harvey Weinstein? Garner’s character spends so much time preparing and picking up food, whether it’s for herself or her gluttonous boss. Green and cinematographer Michael Latham have done a remarkable job of making the office of a production company feel like a gulag. This movie is all desaturated pastels, puke green, and lots of gray. Garner's character and everyone in the office knows what goes on, and it’s notable too how the wormboy male colleagues laugh off the situation and condescend to Garner’s character constantly, giving unsolicited advice on apology emails. But the film’s so programmatic that these micro aggressions, weighted against the horrors of the unseen office, aren’t as obvious as they would be in a more expected treatment of the subject. Green doesn't consider her audience dumb or inattentive: like any good filmmaker, she allows characters' actions to speak for themselves. This is a toxic workplace and we don't need any speeches to make that clear.

Joanna Hogg’s The Souvenir is The Assistant closest stylistic contemporary, and The Assistant even matches that film’s drab, de-saturated hues and repressed, depressed, and defeated women. Crucially, Garner’s character ends the film, and her day, without stopping her boss (she tried). She watches his window from a bodega across the street, and we see a fat, balding blur humping back and forth (again, it’s amazing how close even the out of focus stunt double looks to Weinstein). She remembers to call her dad and wish him a happy birthday, apologizes for forgetting, and is quickly reassured by a good father that just wants the best for her. Of course she can’t tell him what her day was actually like or what her job actually entails, much less over the phone. Even in our safest, most trusting relationships, we muzzle ourselves out of shame.

The company’s HR guy chides her for even bringing up the girl from Idaho, and tells Garner's character that she has “nothing to worry about—you’re not his type.” We spend most of The Assistant watching Garner try not to cry, and it’s a testament to the film that this is enjoyable at all. This is necessary, because this is how banal evil happens: Green’s film goes through every step of the process not only as a hypnotic stylistic tool, but also to show how these horrible things are possible. Responsibility is dispersed through so many different people and systems, with employees in certain positions clearly incentivized to stay quiet, that a serial rapist can carry out his crimes at work for over 20 years.