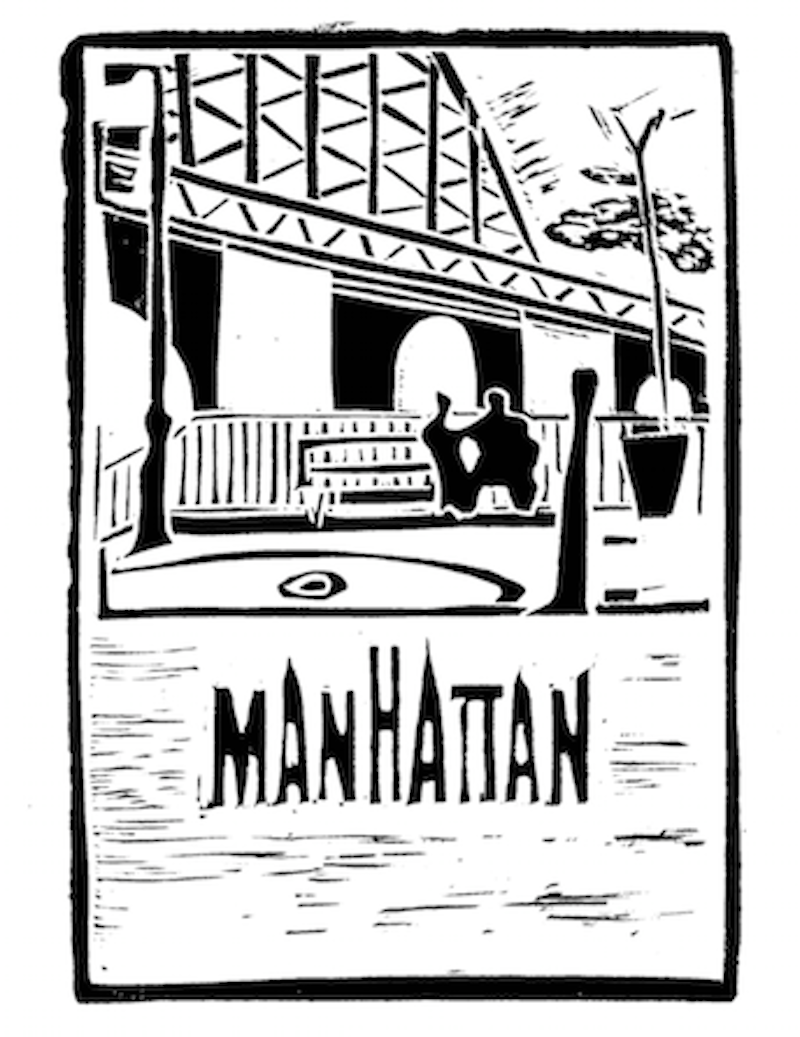 Manhattan is Woody Allen’s heartfelt ode to New York. Shot in gorgeous black and white, the film opens with a stunning montage of New York City set to the strains of Gershwin’s “Rhapsody In Blue.” Unlike Martin Scorsese’s Mean Streets and Sidney Lumet’s Serpico, Manhattan offers an idealized view of New York. This is Allen’s attempt to make sense of his relationship with the city and the difficulty of living a decent life amid society’s loose contemporary morals.

Manhattan is the perfect example of a “Woody Allen movie.” It’s funny, romantic and serious with multiple actors and naturalistic dialogue. The characters go through a steady stream of affairs, break-ups and divorces. New York is a solipsistic climate with its own rules of fidelity. Allen’s best friend Yale (played by Michael Murphy) voices his opposition to infidelity by saying, “I’ve only had two, maybe three, affairs ever.”

The New Yorkers of Manhattan are selfish, passive aggressive and emotionally immature. They immerse themselves in psychoanalysis as a means of fending off inevitable bouts with depression. Allen plays a divorced television writer dating an under-aged girl who falls in love with his best friend’s mistress. He has two current girlfriends and two ex-wives, one whom he tried to run down with a car.

The most moral character in the film is 17-year-old Tracy, played by Mariel Hemingway. She’s the only one who believes in the possibility of monogamy. All she wants is to be with Allen while he spends the entire film trying to break up with her. By the end, Allen realizes the 17-year-old is far too mature for him and a deep melancholy pervades the story.

Allen initially disliked the film so much he asked United Artists not to release it, even offering to make another film for free instead. Perhaps he was reacting to his own character’s negative portrayal, a trifecta of divorce, infidelity and statutory rape (raw meat for Allen haters).

United Artists distributed the film as the studio was falling to pieces due to the Heaven’s Gate fiasco. The film’s star is the city of Manhattan itself, as it gleams like an emerald in the night. The scene with Allen and Diane Keaton sitting by the Queensboro Bridge has become an iconic moment in American cinema. The production had to bring their own bench since there were no park benches in the area.

Allen credited his love of Gershwin’s music as his inspiration for the film. He felt the movie was a mixture of Annie Hall and Interiors. He opted for black and white celluloid as “reminiscence from old photographs, films and books. That’s how I remembered New York.” Cinematographer Gordon Willis (who also shot The Godfather, Annie Hall and The Purple Rose of Cairo) said this was his favorite of all his movies.

At one point in the film, Allen’s character Isaac makes a list of things that make life worth living: Groucho Marx, Willie Mays, Louis Armstrong’s “Potato Head Blues,” Flaubert, Marlon Brando, Frank Sinatra, the Second Movement of the Jupiter Symphony, the crabs at Sam Wo’s and those incredible apples and pears by Cezanne.

Allen’s one-liners are classic. He tells Keaton, “You know a lot of geniuses… you should meet some stupid people, you could learn something.” He says he wrote a short story about his mother called “The Castrating Zionist.” Reflecting on relationships he utters the film’s most famous joke, “I think people should mate for life, like pigeons or Catholics.”

Behind the humor, there’s a deep sense of sadness. The city might be gorgeous but it’s also a lonely place. Maybe this is why Allen compared the film to Interiors, his most bleak and Bergmanesque movie. Manhattan garnered a Best Screenplay nomination and ranks 46th on AFI’s 100 Best Comedy list. The film was Allen’s second highest-grossing film behind Annie Hall.

After the film’s release, actress Stacey Nelkin claimed the film was based on her relationship with Allen when she was a 17-year-old student at Stuyvesant High School. She’d had a bit part in Annie Hall but her role was left on the editing room floor. Allen did not publicly acknowledge the relationship with Nelkin until 2014.

Woody Allen is the embodiment of the adage “Never confuse an artist with his work.” Say what you will about him as a person but without his movies, there is no Seinfeld, Curb Your Enthusiasm, It’s Always Sunny In Philadelphia or Louie. His influence is also felt in films like This Is Spinal Tap, When Harry Met Sally, Being John Malkovich, Garden State and Do The Right Thing.

Perhaps Allen’s character is best described in a scene from Manhattan as taken from the book written about him by his ex-wife (played by Meryl Streep). “He was given to fits of rage, Jewish liberal paranoia, male chauvinism, self-righteous misanthropy and nihilistic moods of despair. He had complaints about life, but never solutions. In his most private moments he spoke of his fear of death which he elevated to tragic heights when, in fact, it was mere narcissism.”