I Didn’t Completely Hate This Movie

At least If I Stay isn’t another dystopian teen thriller. 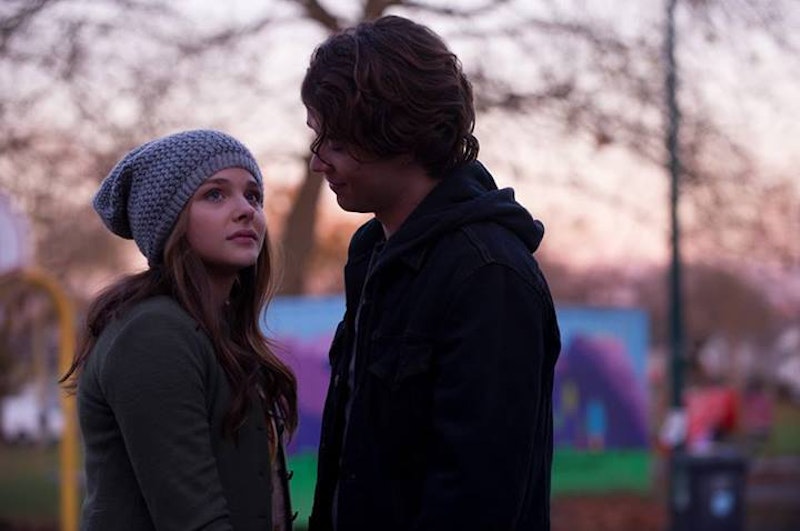 Is it embarrassing that I didn’t hate If I Stay? The premise is a bit barf-worthy—a girl and her family are in a fatal car crash and Mia (Chloë Grace Moretz), having an out of body experience, goes through her memories It’s A Wonderful Life-style and decides whether or not she wants to live. The trailer focuses on the film’s melodramatic elements (catnip to its intended audience of teenage girls), but fails to touch upon the aspects of the story that actually succeed, like the unique dynamic between classical cellist Mia and her ex-punk rocker parents. The cheesy love story, and even the titular decision, are far less interesting than the exposition, which shows us a household that values milestones like baby’s first concert and parents’ first real job, instead of the classics like first day of pre-school or first car. In a standout scene, Mia’s elementary school brother chants “Iggy Pop! Iggy Pop!” during a car ride.

The characters have surprisingly good taste in music. It’s safe to assume that most teenage girls in 2014 aren’t listening to David Bowie or Beck, let alone Beethoven. The music in the film, aside from poppy, generic original compositions, is almost entirely radio averse. Mia’s parents are the type of people who read Stereogum for their gossip, not TMZ. These characters are almost too cool to be involved in such schlocky melodrama.

As a tear-jerker, though? It’s not that compelling. It’s obvious throughout the film that Mia will choose to live (how else would there be a sequel?). The trailer reveals that she’s the only one who survives the crash, so it’s not at all shocking when the father suddenly croaks. The Fault in Our Stars, also adapted from a young adult novel, does a much better job of soliciting tears. That’s not surprising. TFIOS is a better movie because it’s grounded in reality. Hazel Lancaster, who’s dying of cancer, knows that there’s no magical cure for her illness. She has to cope with the fact that she’ll probably bite it before turning 18. There’s no “should I live, should I die” dilemma. And you can bet, if she had the choice, she would pick the former. She knows that there’s no white light that drags you to heaven, there’s just hospital beds and coffins, and she manages to crack jokes in the meantime.

TFIOS is far more tragic than If I Stay, but it’s also funnier. Hazel and Augustus confront cancer with sarcasm and knowingly pretentious existential musings. The main problem with If I Stay is that it takes its ridiculous plot too seriously. Take away the car crash, and you have a musically geared coming of age story about a girl who wants to play the cello at Julliard. Doesn’t that sound more interesting?