22 years reading a magazine that never should've gone out of print. 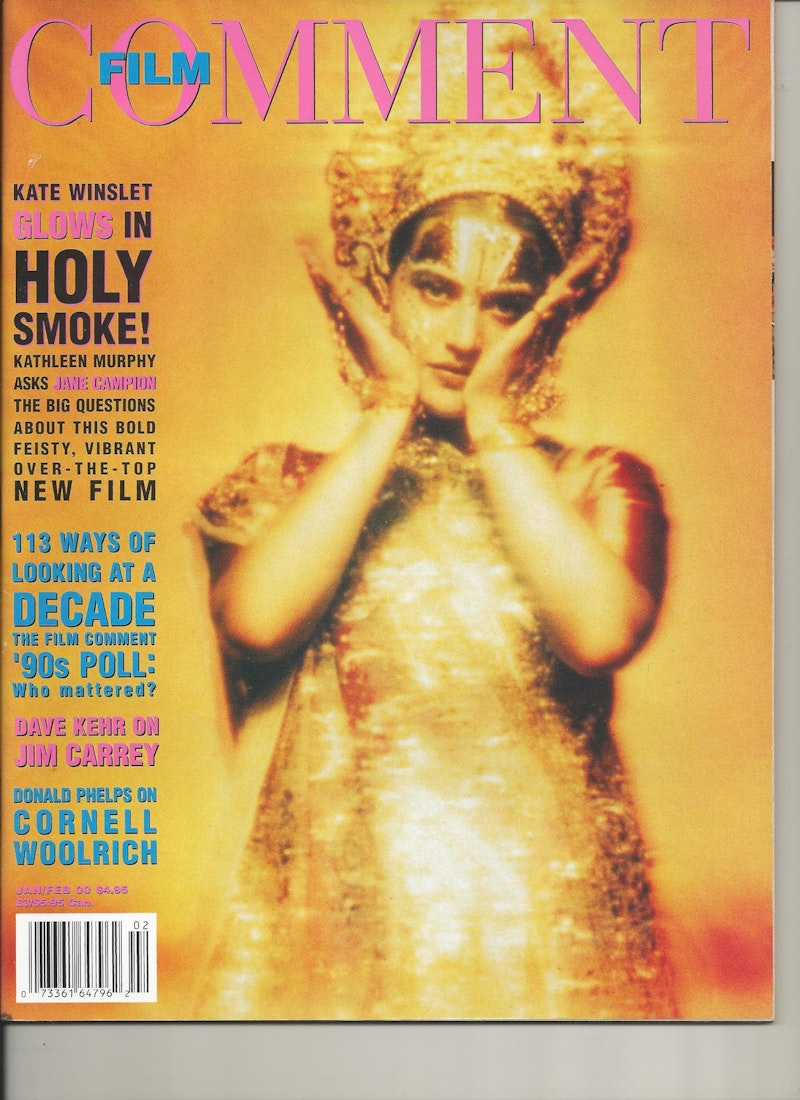 It has taken me one calendar year to read one issue of a magazine. This isn’t normal. But this wasn’t a normal year. As the email to subscribers on Tuesday, April 28, 2020 put it: “Due to the indefinite nature of Film at Lincoln Center’s current closure, all programs of the organization have been suspended, including Film Comment.”

My first issue of Film Comment had Tom Hanks on the cover. The September/ October 1998 issue. The magazine had been around since 1962, so Tom in military gear going to save Private Ryan was on the cover of FC Volume 34, Number 5. My interest and love of film was starting, and the late-1990s had plenty of art hitting the houses. Ghost Dog: The Way of the Samurai. Being John Malkovich. All About My Mother. Fight Club. Magnolia.  Eyes Wide Shut. Election. The Virgin Suicides. I saw it all and more.

I read magazines like Film Comment for intelligent but not “PHD-thesis” critical writing on what I wanted to see. It was a bimonthly guide to “the good stuff”: foreign, independent, and classic film. I have every issue published since January 2000. Each issue has traveled with me though doctor’s waiting rooms, shifts at The Charles Theater, road trips, and coffee house afternoons. Each one read cover-to-cover, articles skipped to be returned to once (and if) the film hit my town.

Nostalgia aside, the abrupt end makes sense. The whole constellation of film exhibition and distribution covered by Film Comment has been shut down as well, crashing down into a world of “day and date” streaming, year-long push-backs on release dates, and paywalled exclusivity. What would’ve been covered in this past year and change? There have been faint glimmers, at best, of the screening exhibition world I moved through for over 20 years. As I write, it’s taking Godzilla vs. Kong (along with safer conditions and a mostly vaccinated movie-going public) to zap some life into things.

But the email indicated a larger, long-term problem. As it was put: “Even outside the context of the current crisis, the publishing business is challenging. Recently we’ve been exploring various ways to improve the reach and financial viability of our publication. Last year, we were tasked with starting to consider a variety of scenarios including discontinuing the bi-monthly print edition in favor of an all-digital publication. Now, in light of these new and unexpected developments, our conversations about the status of Film Comment have, of course, become more immediate.”

Something else made me try to pass on these boxes: what does this or any archive mean now? A lot of people have switched to streaming, owning no tangible object, assuming the film or song or article will always be there online.

CD players have been removed from cars, digital optical drives from laptops, magazines from racks. The last DVD/VHS combo unit was manufactured in 2016. I have one. The DVD player burned out, but the VHS player still works. For now.

Despite this obituary, the gloom can be easily cleared by a younger film enthusiast. There’s a weekly Film Comment newsletter now, and their podcast has returned. A much more varied, diverse, and multitudinous online world of film discourse is emerging which isn’t all just people shouting the loudest to be the most heard, with  “the hottest take” taking all. Things aren’t all bad. Still, I throw a black eye in the game. I have to do it. Why? Maybe because young people sometimes sincerely ask, “What would it be like if Tim Burton made a Batman movie?”

In Baltimore slang, “ignorant” means rude (as in “actin’ ignorant”). But its true meaning is not to know. Ugly, but you can’t expect fresh cinephiles to know everything others have experienced, absorbed, seen, or read. Let’s build and preserve our archives so others will have places to go to learn more if they want to do so. Make sure things are kept around for people to see, read, and experience for themselves.

Film Comment, printed magazine, thanks for being my “day one” when I got interested in a wider view of the world of film. You were the last of the real ones. Please know: our kind will continue to fight on your behalf. We will own physical media. We will support our local video store. We will read books and magazines. We will attend film screenings and discuss the films afterwards. And we’ll even listen to your podcast.