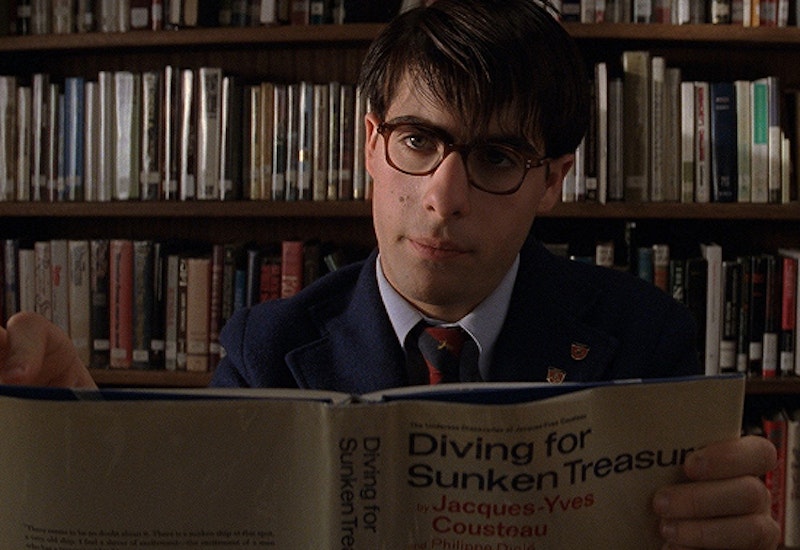 Show me an affluent overeducated heterosexual Anglo-Saxon male prep school graduate who doesn’t frequently reminisce about his privileged adolescence of regattas and lacrosse games and I’ll show you a liar. Gene returned to the Devon School for a reason, and it wasn’t just to reconnect with the memory of his past lover. (John Knowles’ homoerotic novel A Separate Peace merits revisiting.) I understand why so many graduates still know their school’s fight song by heart or decide to contribute funds to the worthy cause of building another soccer field. I already miss my alma mater, Maryland’s McDonogh, only one year removed from graduation. I’ve never been to a regatta, and I doubt I’ve sat through an entire lacrosse game, but I established my own traditions across the four years I spent at McDonogh. A lot of people don’t like high school. I was lucky enough to love it.

A lot of people watched Dead Poets Society the other night after they heard about Robin Williams. It may be a cliché, but my friends and I often turn to prep school films when we can’t agree on anything else to watch. Hollywood is notorious for hyperbole, but the best prep school films are, for the most part, spot on. Maybe we didn’t recite poetry all day, but we were intellectually curious and had teachers that pushed us to think critically and creatively. I had at least four teachers that were on John Keating’s level.

But while Dead Poets Society is great, it’s not the only great prep school movie. Here are the others:

Rushmore: Wes Anderson before he became lost in his own style. Who didn’t have a Max Fischer at their school? He’s the kid who leads 50 student organizations and then flunks out of English class. His school spirit is unrivaled, though.

The Harry Potter Series: Who didn’t want to attend Hogwarts at some point in their life? That school was the franchise’s most interesting character.

School Ties: This should’ve been the tagline: Matt Damon is an anti-Semitic rich boy.

Clueless: East and West Coast prep schools are totally different. Where the former has tradition and elegance the latter has Cher Horowitz. It still amazes me that Alicia Silverstone didn’t become a bigger star.

10 Things I Hate About You: I don’t care about The Dark Knight or Brokeback Mountain, this movie was Heath Ledger’s best role. He sings, he cries, he has trouble hiding his accent: it’s the full Ledger experience. Julia Stiles is just as good.

The Emperor’s Club: A Dead Poets Society rip-off is better than nothing at all. Kevin Kline is annoying, though.