Don't you want a Sprite? 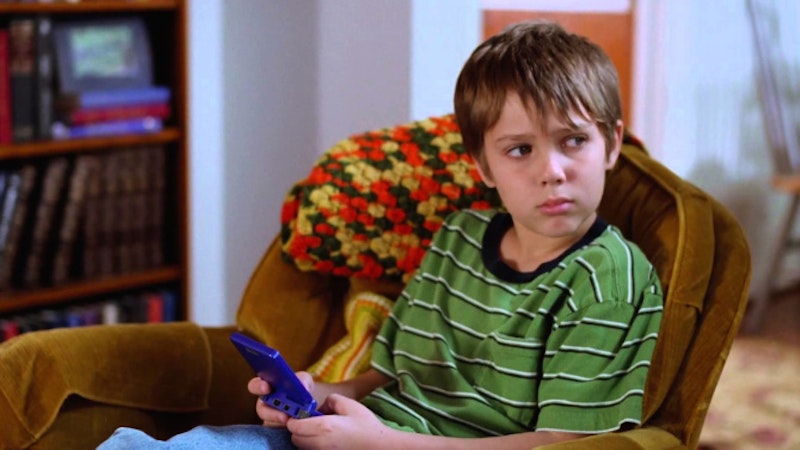 Shot over a span of 12 years, Boyhood chronicles the childhood, adolescence, and young adulthood of Mason, brilliantly played by Ellar Coltrane. While also shooting A Scanner Darkly and School of Rock, Richard Linklater and his crew would periodically shoot scenes for Boyhood, illustrating an amazing level of dedication and artistic foresight.

As critics have said, you get to watch Mason, his mom, played by Patricia Arquette, his dad, Ethan Hawke, and the other characters age. The two hours and 45 minutes fly by, and it’s hard not to identify with Mason and his family. By the end of the movie, I felt like I knew each of these people. But the images stored in my brain are polluted by advertisements for Raisin Bran and Sprite.

For most of the movie, Hawke’s character, Mason Sr., is only sporadically present in his son and daughter’s lives. While getting her BA and Master’s in psychology, Mason’s mom, Olivia, gets married and divorced to two other men. The first step-dad is an alcoholic psychology professor who’s routinely cruel to his step-children, as well as his own two kids. Throughout this portion of the film, I got completely engrossed by the familial dysfunction, hoping Olivia would leave the professor. But, in a moment of heightened tension, the step-dad pours himself a Sprite and tequila during the middle of the day. The Sprite label is bright and shiny, and the professor might as well be saying, “Drink Sprite!” while looking into the camera. This advertisement pulled me out of the film, essentially spoiling the work Linklater and his cast did to make me believe each of these characters and their struggles.

Another example of product placement happens several years later, just before Mason leaves for college. He and Olivia are having a heart-to-heart about Mason’s second step-dad, who also turns out to be an asshole. While Olivia talks about how she can’t afford the mortgage payments on her house, Mason pours himself a bowl of Raisin Bran Crunch, nonchalantly setting the box on the counter. The purple box and its yellow lettering glow. Seconds earlier, the simple honesty in Mason and Olivia’s interaction almost pushed me to tears. After the Raisin Bran logo infiltrated the shot, all I could think was, Fuck you Richard Linklater. The Raisin Bran box is irrevocably attached to my memories of this otherwise poignant scene.

At this point, critiquing product placement is redundant. But the advertising in Boyhood is more frustrating than any other example I’ve seen. Twelve years is a staggering amount of time to be working on any one project, and it’s hard to comprehend how Linklater orchestrated such a tight, focused storyline over this huge timeframe. Linklater is hit-and-miss as a director. While I love A Scanner Darkly, Slacker, Waking Life, and Tape, most of his other films fell flat for me. But Boyhood would be a masterpiece if it weren’t for the product placement throughout.

Some people claim product placement makes a movie or TV show more realistic, but this doesn’t hold up when you consider that most of the products we see in fictional works are only from a few select brands. It’s also easy for me to criticize the practice when I haven’t been offered millions of dollars to put a soda bottle or box of cereal in my movie. But Linklater is far from poor, and I doubt many studios would deny him any budget he needs for a film.

Because we see it so often, it’s easy to become numb to how invasive and damaging product placement truly is for otherwise beautiful movies and TV. When I think about Boyhood now, I feel less saddened by Mason and his family’s struggles than I do by the way Richard Linklater ruined 12 years of work.