Without Remorse is the latest Tom Clancy movie, another spy movie in a genre that's proved as durable as the Western. B- 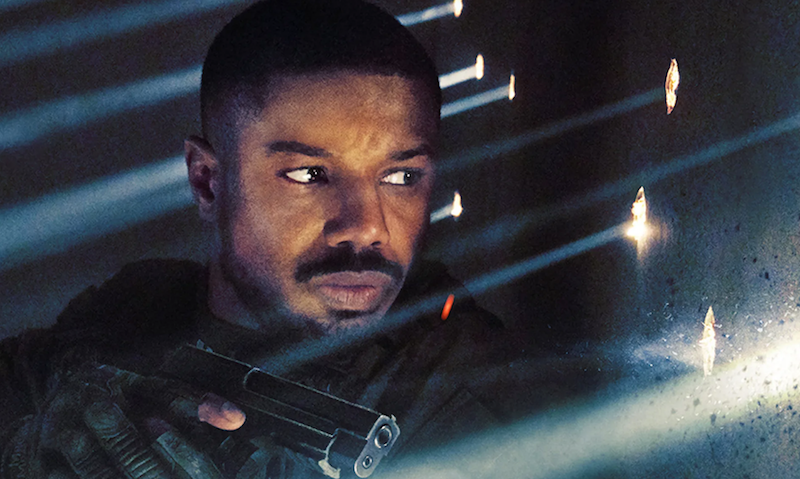 That the cinematic legacy of Tom Clancy’s work has both outlived the Cold War (by more than 30 years) and Clancy himself (by eight years) is a tribute to just how durable the spy genre is, and how easy it is to plug these types of stories into present-day conflicts with present-day actors. It's just a shame that so few of the Clancy-derived projects have been any good, at least since Harrison Ford dropped out of the Jack Ryan role about halfway through the first Clinton Administration.

After Amazon brought back the Ryan character a couple of years ago to star in an eponymous series with John Krasinski playing him, the same service now presents Without Remorse, a rare Clancy movie that’s not about Jack Ryan. Instead, it's the origin story of the character of CIA/Rainbow Six tough guy John Clark, played in past movies by Willem Dafoe and Liev Schreiber. Now, Michael B. Jordan takes over the part. Jordan brings charisma to the part, and he's believable as an action star. But the film doesn't present much that's original. Some strong action sequences are offset by convoluted plotting and half-hearted social commentary.

Without Remorse is directed by Stefano Sollima, whose previous film was the mediocre 2018 sequel Sicario: Day of the Soldado. Taylor Sheridan, who wrote both Sicario movies, is the co-writer here as well. Without Remorse, based on the 1993 Clancy novel of the same name and in development for the better part of the last three decades, does some creative things to bring the character into the present day. Instead of being set during the Vietnam War, the action is moved up to the Syrian Civil War, with Putin-era Russians standing in for the book's Soviets.

Jordan's John Clark is introduced under his original name of John Kelly. The film opens with him as part of a daring commando raid in Syria, one that doesn't go according to plan. But once he and his fellow Navy SEALs are back in the States, unknown forces start killing off the team, and while they fail to kill Clark, they do bump off his beloved pregnant wife (Lauren London.) Clark spends most of the movie seeking revenge, while also trying to figure out who was responsible. Clark’s motivated by the murder of his wife, which is such a tired trope that there's a term for it ("Women in Refrigerators"). The filmmakers don't even have the excuse of relying on old source material; in the novel, the wife wasn't murdered but died in a car accident.

The spy sequences even more clichéd, with plot twists aplenty about which CIA men and Russians are good and evil. The supporting cast includes Jodie Turner-Smith as Clark's boss, Guy Pearce as the CIA's director, Jamie Bell as a shady spy and, in an inspired bit of casting, Fleabag's Brett Gelman as a mysterious Russian assassin. John Clark was always written as a white guy until now, and the movie acknowledges this with a couple of speeches that feel like they were last-minute insertions. There’s every indication that this is planned as a multi-film franchise, perhaps culminating in an Avengers-like crossover with whoever’s playing Jack Ryan at the time.