Popular Comedy Films Don't Have To Be Dumb

Multiplex hermits already noted this one, but if you haven’t been paying attention, give this video a whirl: 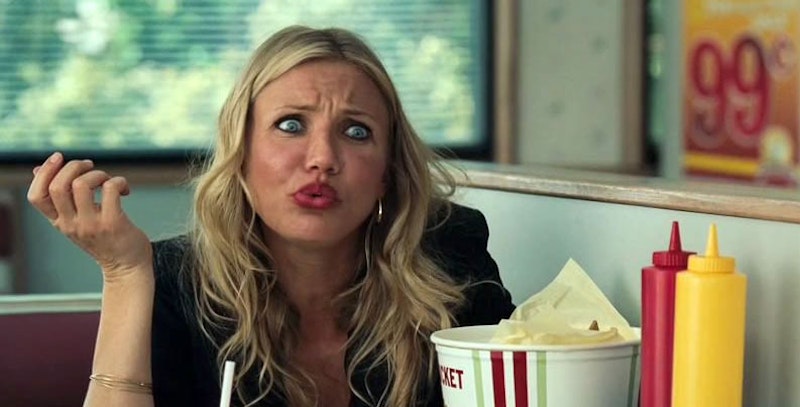 Pretty shameless, but we’ve seen this movie, too. Remember The Prestige and The Illusionist? Capote and Infamous? Even deeper—First Daughter and Chasing Liberty? Red Planet and Mission to Mars? And obviously Armageddon and Deep Impact, but will clever YouTube mash-ups and dumb Gawker comments prevent Friends With Benefits from making money? I doubt it. Most people who go to the movies will keep going no matter what’s being shown. The American movie proletariat isn’t stupid, just fickle. Clearly the hack farm can’t come up with anything better than this.

Anyone remember Little Nicky? That movie was a big deal for me at eight years old, the name and everything, it was great—but even then I was disappointed at how half-assed it was. Great premise, good cast, comfortable budget, but what a lame script. I know it got trashed at the time and it’s sort of regarded as Adam Sandler’s Ishtar (or perhaps first Ishtar), but something about Nicky’s satanic world view, his wheezy speech impediment, and that big ass baby blue parka make him far more endearing for me than most of Sandler’s other stock characters. How can you fuck up a movie with Harvey Keitel as Satan? Now we just have to wait longer for someone to rip it off and make it better.

I walked away from Bad Teacher this weekend feeling the same thing. A great, great idea (remember Bad Santa?) flummoxed by a lazy, paint-by-numbers, seams-visible screenplay. The movie’s a mile wide and an inch deep, it criss-crosses from one half-baked subplot to the next, and usually forgets that the number one rule is funny. Audiences are very forgiving. It’s just such a shame, the way Cameron Diaz actually made such a selfish and devious person so likeable is what drives this movie, in addition to Jason Segel’s vastly underused dryness. Big surprise: Bad Teacher written by Lee Eisenberg and Gene Stupnitsky, the same mouthbreathers who scourged the landscape with Year One two years ago.

Popular comedy doesn’t have to be this dumb. I don’t necessarily have a problem with stupid jokes, but sometimes it feels like like paying 10 bucks to watch an old episode of MADtv. It’s the reliance on stale pop culture references, and moldy, artificial dialogue that’s usually more functional than funny. There are so many little great moments here that hint at what could’ve been a classic, but as it is it’ll be a basic cable rat forever. Stacked against superior stuff like Get Him to the Greek, Forgetting Sarah Marshall, or Bridesmaids, Eisenberg and Stupnitsky’s half-jobs like Bad Teacher dissolve all too quickly. Hack scripts like this are a disservice to those of us who love going to the movies just to go, and it’s simply a squandering of resources millions of funnier people would kill for.