Film critics can’t do their jobs if they're burdened with worrying about hurting the feelings of sensitive actors. 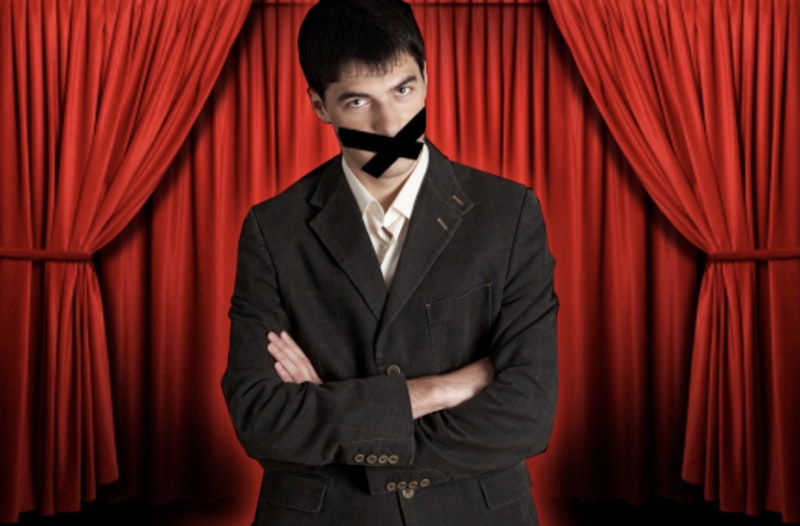 Carey Mulligan recently discovered how women can flex their muscles in the #MeToo era. The British actress first expressed her distaste over Dennis Harvey's Variety review of her film, Promising Young Women, in a December 2020 interview with The New York Times. Harvey's review was nearly a year old, with no controversy, but Variety caved and decided to throw its critic under the bus with this apology: "Variety sincerely apologizes to Carey Mulligan and regrets the insensitive language and insinuation in our review of Promising Young Woman that minimized her daring performance."

The apology, which now runs at the top of the review, was surprising, given that Harvey wrote Mulligan is "a fine actress," and her acting in the film was "skillful, entertaining and challenging." What the actress objected to was the critic suggesting that Margot Robbie might've been better suited to the role ("One can—perhaps too easily—imagine the role might once have been intended for [Robbie]"), and that Mulligan was "an odd choice as this admittedly many-layered femme fatale." Harvey also said that Mulligan's character, Carrie, "wears her pickup-bait gear like bad drag; even her long blonde hair seems a put-on.”

It's a weasel move for a publication to rebuke a writer for an "insinuation" that an actor perceives. Film critics can’t do their jobs if they're burdened with worrying about hurting the feelings of sensitive actors. That's when they become mere consumer-oriented "reviewers" giving plot summaries and box office numbers. I don't want "insensitive language"—an entirely subjective judgment—culled from film criticism. And what was the insinuation? Since Variety is too cowardly to spell it out, there's no way for anyone to determine if an apology-worthy insinuation was even made. That was intentional.

It's an odd choice of words for Variety to claim that its critic "minimized" an actor's "daring performance." First, Variety is critiquing Mulligan's performance in its apology, which is inappropriate—that's cheerleading. The compliment sounds like a sop to the aggrieved actress to make up for the "hurt.” Moreover, the editors implied that their critics aren’t allowed to minimize the performances of actors (probably only females), which is even odder. Isn't that the job of a critic when they don't like a performance, which isn't even the case here?

The most glaring flaw in Harvey's review is that he didn't elaborate on why Mulligan's an "odd choice" to play a femme fatale. I suspect Mulligan took offense at that because she felt that the critic was implying that she, unlike Margot Robbie, isn't hot enough to play a femme fatale. But perhaps the critic was merely implying that audiences used to seeing Mulligan in chaste period costumes might be challenged to accept her sexy new look. Obviously there would be no such challenge with Margot Robbie in the role. And Harvey writing about Cassie's pickup-bait gear looking like "bad drag" is harsh, but that's his opinion.

The only comment Harvey makes about Mulligan's physical appearance is that he doesn't care for the wardrobe choice and the hairdo, both of which are fair game even in the most sensitive of environments; they're artistic choices rather than immutable physical traits. The actress is lucky she wasn't working back when John Simon was wielding his poison pen. Simon was a savage film critic for New York magazine, National Review, Esquire and a number of other publications for decades. “I always thought Liza Minnelli’s face deserving of first prize in a beagle category," Simon once wrote. Actor Wallace Shawn was "unsightly," and Barbra Streisand's nose "cleaves the giant screen from east to west, bisects it from north to south. It zigzags across our horizon like a bolt of fleshy lightning." That's the sort of viciousness that prompted fellow film critic Roger Ebert to write in his autobiography, "I feel repugnance for the critic John Simon, who made it a specialty to attack the way actors look. They can't help how they look, any more than John Simon can help looking like a rat."

Ebert's observation that actors aren’t able to help how they look raises some interesting questions. He's right, but it's undeniable that film careers are shaped by personal appearance. The sort of brutal critiques of faces Simon regularly made is exactly what Hollywood film execs have said forever in meetings. The critic just said it out loud, which he was reviled for. Simon was often cruel for his own amusement, and he was called a misogynist, but it's interesting to note that he once gutted comedian Mort Sahl on The Dick Cavett Show for making some blatantly sexist comments.

Carey Mulligan's chosen a career that puts her in the spotlight and subjects her to an extreme level of public scrutiny, so her complaints about what she thinks Harvey's insinuating come off as whiny. The real culprit here, however, is Variety for committing what amounts to an act of censorship against one of its writers that sets a chilling precedent for film criticism.