On Ernst Lubitsch’s The Shop Around the Corner, recently released on Blu-ray. 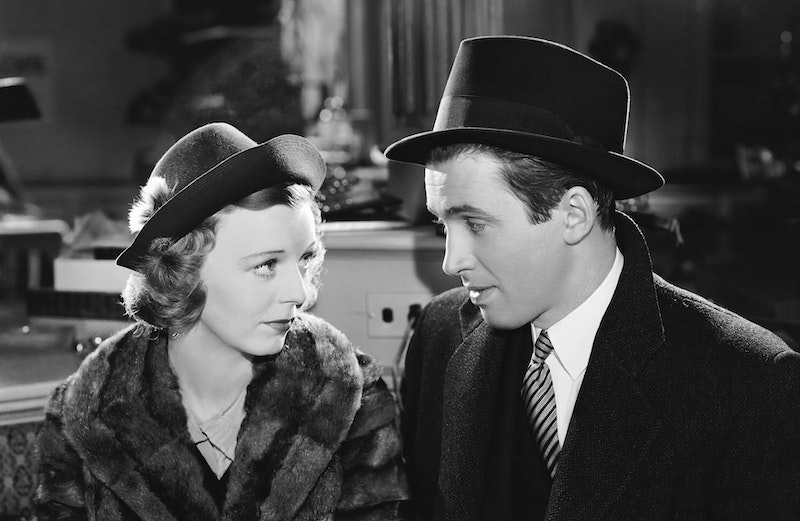 For a man who fucked himself to death, suffering a post-coital heart attack at the age of 55, twice-married but a bachelor in spirit, Ernst Lubitsch had a softness for family. Recently released on Blu-ray, The Shop Around the Corner, one of his personal favorites of the nearly 50 features he directed, is one of the most gentle satires of family in all of Hollywood romcoms. It came towards the end of his career, in 1940, at MGM. The sparkling urbanity and glamorous cynicism of the Paramount years was gone, and gone too was Lubitsch’s aesthetic sophistication. The images of The Shop Around the Corner are just as rigorous and refined as years earlier, but rather than visual innuendo and symbol, there’s a firm emphasis on movement and space, on the relationship between the bodies on screen. Where in earlier Lubitsch films, bodies would disappear from the screen in favor of objects like the clock in Trouble in Paradise or the lamp outside Maurice Chevalier’s apartment in The Smiling Lieutenant, in Shop they’re always the focus.

There’s a sentimentality involved. Scripted by Samson Raphaelson (and uncredited, but assuredly collaborated on by the director), it’s based on a Hungarian play by Miklós László, and contains all the Old World flavor that’s on display in other Lubitsch films such as The Student Prince at Old Heidelberg, The Love Parade, The Merry Widow––in fact, almost every sound American film in one way or another. The exceptions like Trouble in Paradise, which revels in a present-tense ironic modernity, indulging in upper-class delights seemingly oblivious to the Great Depression, are easier to point out, as films as disparate as The Smiling Lieutenant and To Be or Not to Be, Cluny Brown and Heaven Can Wait all gesture towards the past, all invoke either bygone eras of simplicity, the esoteric sweetness of beer gardens, folk tunes, obscure small countries in the east of Europe and local sensations (who can forget Maria Tura who has ever been in Warsaw?).

The Shop Around the Corner, then, is perhaps the most emblematic. It’s the most middle-class Lubitsch ever got, entirely predicated on little people in a little town that would face devastation in the impending Second World War. The sweep of history is absent, the geopolitical daunt of war, and even the romance is rather staid. Two shop employees, Alfred Kralik (James Stewart) and Clara Novak (Margaret Sullivan), who detest each other fall unknowingly in love through anonymous letters. Meanwhile, Kralik’s relationship with his boss Mr. Matuschek (Frank Morgan) is strained when unknowingly Matuschek suspects Kralik of carrying on an affair with his wife (never seen).

In the midst of all this are little pockets of conversations, primarily between Kralik and his closest friend at the shop, Pirovitch, an older man already settled in middle-class domesticity. They talk about what kind of girl would be best for a folksy guy like Jimmy Stewart, I mean Alfred Kralik (not too beautiful, not too plain); they talk about what sort of apartment is best for a young couple (you eat in the kitchen, real friends come after dinner); Lubitsch never pushes so hard as to suggest a father-son relationship between the two but the readiness with which Pirovitch involves himself in Kralik’s life is quietly touching. He scopes out the cafe in which Kralik is expecting to meet his mystery woman for the first time, he offers to take over Kralik’s duties on when the shop employees are asked to stay late, he assists Kralik in avoiding getting a dreadful music box that plays an old Russian folk classic every time you open it.

Pirovitch is a humble image of middle-aged family life that Lubitsch pokes fun at (annoying in-laws, penny-pinching) but does not altogether satirize. When Pirovitch warmly talks about how much he loves his wallet, because he opens it and sees a picture of his wife on one side and one of his child on the other, it’s as touching as Mr. Matuschek’s despairing but simple declaration upon discovering his wife’s infidelity: “She just didn’t want to grow old with me.”

This is the life that Kralik and Miss Novak are being initiated into, as most of the little people of the world then and now are. But where Matuschek’s marriage lapses, leaving him only with his work family (Matuschek & Co.), Kralik and Miss Novak move in reverse, from detesting to loving. Since Pride & Prejudice at least, the trope of the squabbling enemies turning lovers has enchanted audiences. Novak, proud and even a little haughty with her letters filled with poetry, detests Kralik’s self-assurance, the unwavering confidence he holds that he knows best. That he does know best almost consistently throughout the film is no matter: being right is one virtue, sharing that rightness another. They bicker even after Kralik is dismissed by Matuschek, even after a slight faux-pas brought on by that tired idiom, that losing your job isn’t something “you’d wish on your worst enemy,” which Clara regrets very much, still cruelty between lovers persists when she calls him an “insignificant little clerk,” despite both being well aware that he lost his position just that day. It’s a moment of cruelty that Lubitsch treats baldly, not even granting Novak a full reverse-shot to show how she feels about what she’s just said, and perhaps is the justification for the third act trickery Kralik gets into (for he knows what she doesn’t, that they are the lovers of the letters).

All these dynamics are captured almost entirely in simple medium-shots that allow the two or three or four actors on screen to interact freely; yet the camera follows them with anthropological romance. A long take between Pirovitch and Kralik outside the cafe runs on with little movement, simply the two standing side by side, their interactions providing the kinetic energy the film need not to stall. One of the few shots of real intricacy has Miss Novak sitting inside, with Kralik outside, his head all that’s visible as he peeks over the window curtain, walking back and forth deciding whether to go in and talk to her. No visual innuendo, no symbolic gags can replace the perfect bluntness of recognizing the difference between knowing someone through a letter and knowing someone face to face. The body is all, the presence is all. And that in itself is the emotional crux of the film: who do you have to spend your time with, who will keep you company as you fall in love, as you work, as you grow old? The first scene of the film, as all the shop employees gather in front of the store waiting to be let in, is a series of tracking shots, following each arriving employee as they join the group: a single person, engulfed into the group. A family.

“Lately, I have been thinking a lot about two people next to one another. Who is next to each other, for instance, and why are they next to each other? Or why not? That sort of thing.” –– T. Fleischmann, Time Is the Thing a Body Moves Through (pg. 110)