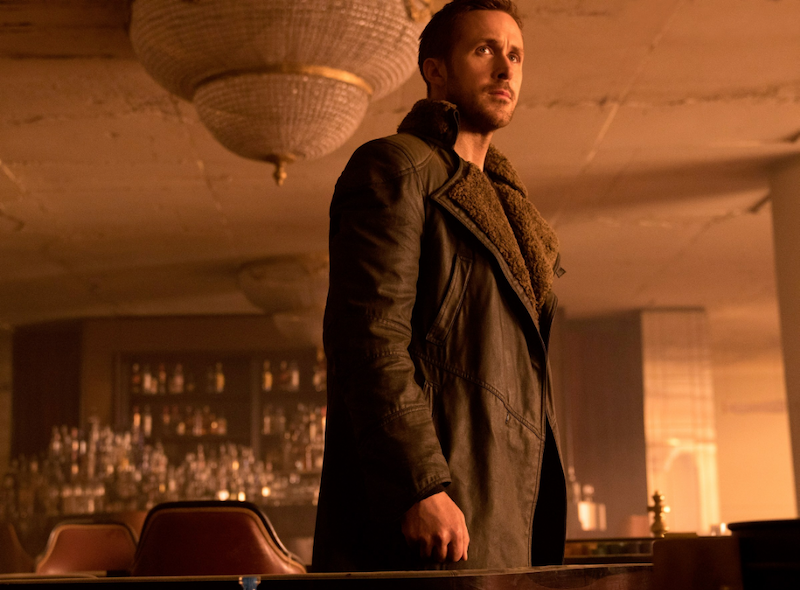 Few would’ve guessed back when the first Blade Runner movie came out in 1982 that Philip K. Dick would gradually turn into a sci-fi franchise unto himself, not so unlike the Star Wars movies that started back then.

But after decades of Dick-inspired films such as Total Recall and Minority Report, this week may be “peak Dick.” Not only is the critically-acclaimed sequel Blade Runner 2049 opening, but Amazon now offers two TV series based on his work, Man in the High Castle, from the novel about an alternate timeline in which fascists conquered the U.S. during World War II, and the anthology series Electric Dreams.

I think this is a healthy cultural development. I used to be wary of Dick, since he relentlessly pushes the relativist—and perhaps tragically schizophrenic—message that reality is an illusion. But over the past few decades, reality has gotten so strange, and the line between it and media so blurry, that reality probably deserves to be doubted, even if it’s still there. That’s the only way to stay sufficiently alert at this late stage.

If that sounds like talk from The Matrix, that’s of course because that movie, too, was somewhat Dick-influenced, and there’s even been some very tentative talk recently about making more sequels to it (perhaps an ill-advised move without the Wachowskis at the helm—and perhaps also an ill-advised move with the Wachowskis at the helm). Rumor had it they were at least mulling a prequel starring Michael B. Jordan as a young Morpheus, which (if one must do another Matrix movie at all) makes a certain amount of sense.

The title Matrix: Morpheus Woke would work on about three levels: filmic, mythological, and black-political. That might please the Wachowskis, who are plainly left-anarchist and black-sympathizing. They didn’t cast Cornel West because he was the first guy to show up at the general casting call, obviously, nor use Rage Against the Machine (regardless of the band’s actual ancestry) because they sound like polka. The Matrix movies get shown on BET a lot, too, on the strength of the black characters. Maybe the prequel should push this theme farther.

Morpheus is a great leader-character who must in some interesting way have risen to his position as head rebel. In our reality, he has now inspired countless “What if I told you...” mind-blowing-question memes (even though he never quite said those words in the movies—woah!).

But since Jordan a few years from now would still be a few years younger than Laurence Fishburne was in the first film (which is to say 38, believe it or not), the question my nerd-brain can't help thinking is: Would the Matrix-world of Morpheus’s youth look like, say, 1990 in this prequel? Or is it always “1999” in the illusory world of the Matrix, even in a prequel? (Don't call it a reboot—I mean literally, please, don't call it Matrix: Reboot.)

I think they pretty strongly implied in the earlier films that it’s always “1999,” as though the machines had decided to keep the dumb humans happy by making them think they’re always living at "the peak of your civilization"—which 1999 totally was, by the way. In the real world, the machines have us over a barrel since then.

Now, if Matrix were an actual Dick franchise, there would be at least one character who kept asking these sorts of questions about the timeline until reality eventually unraveled and he went insane. Notice that by contrast, the actual Matrix sequels barely mentioned everyday reality. The Matrix became just a place to have kung fu fights and the real world became a place to fight giant robots. Spectacular but no longer trippy or unsettling the way the first film was, so I was a bit disappointed. I’m not confident new sequels would make matters better.

Likewise, though I hear good things about Blade Runner 2049, I was a little disappointed to hear that they’re simply sticking with the original film’s timeline: humanoid replicants among us in 2018 and 2019, decades of ensuing rebellion, and in the new film a second generation of initially more-compliant replicant slaves. I trust it will be cool, but think of the more truly Dickian possibilities that might have been opened up by having a main character notice that the 2010s of the original film do not resemble the 2010s we see around us.

Suppose, say, Harrison Ford found himself in 2049 remembering the events of the first film from 30 years earlier but then checked history books and discovered that 30 years earlier had been a time of mere iPhones and Donald Trump, not replicants. How is that possible? And then he slowly realizes he hasn’t been aging for 30 years. He’s a replicant whose experiences from the first film really took place only a year or so earlier, in 2048. His “history since 2019” is a fiction created to keep his fast-decaying replicant brain (in a decaying replicant body) from going insane.

Now that would be a true Dick move. And I’m totally available for the Matrix sequels “writers room” if anyone with Hollywood money wants to email me.

It’s either that or I stay online writing an incredibly elaborate piece of fan fiction in which I demonstrate that mentions of a “Matrix” from the Wachowski movies, Doctor Who, Transformers, Star Trek: Voyager, Supergirl comics, and the Schwarzenegger movie Commando are all referring to the same thing. Then I prove that Schwarzenegger is playing the same character in that film as in Terminator and the Dick-based Total Recall. Presto, the take-the-pill scene from Total Recall turns out to have been taking place inside the Matrix all along, not just getting ripped off by the Wachowskis nine years after the world saw Total Recall.

But no, at this point, things get too complex and my posited fictional reality begins to cave in on itself (and incur copyright lawsuits). I will stay focused on the reality I know. But wary.

—Todd Seavey is the author of Libertarianism for Beginners. This Friday morning, find him signing books at booth #2008 at New York Comic Con. He can also be found on Twitter at @ToddSeavey.