Devastating Documentary on the Torture of a Teenage Prisoner 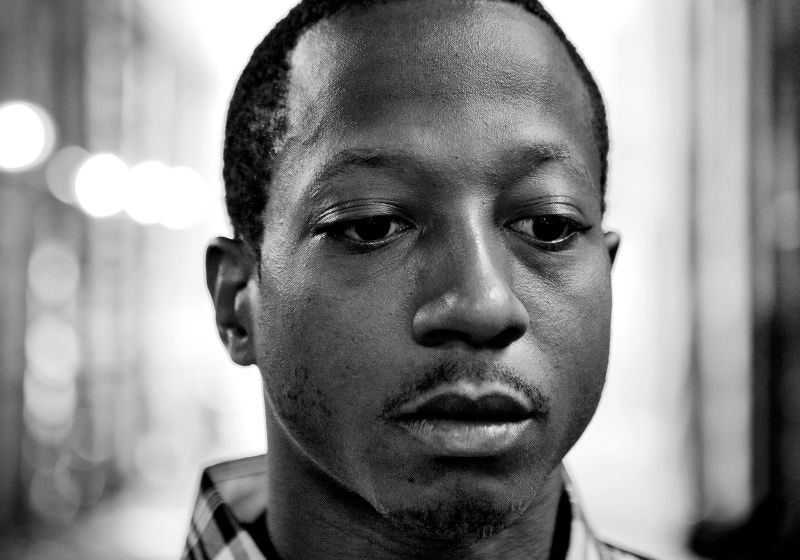 Had Colin Kaepernick given more thought to his protest calling for criminal justice reform in the U.S., he could’ve called attention to the tragic, infuriating story of Kalief Browder instead of kneeling for the national anthem and letting his narrative get hijacked. The Netflix documentary, Time: The Kalief Browder Story, is a six-part film depicting the Kafkaesque ordeal of a black, 16-year-old New York City kid who the police picked up on May 15, 2010 for the alleged offense of stealing a backpack. Due to flaws in New York State's criminal justice system and the unconscionable behavior of too many people in positions of power, a high school sophomore ended up spending over three years in one of the U.S’s most brutal jails while waiting for a trial that never came.

Kalief Browder relates all of the depressing details of his confinement to the camera in a steady, believable tone. “I'm 21 and I feel 40,” he says at one point, although “40” understates how close to death he really was after spending three years inside NYC’s notorious Rikers Island jail, two of which were in solitary confinement. When the D.A.’s office finally dropped the charges, Rikers authorities released the teen at two a.m. with just a Metro pass. They were giving freedom back to a person they'd taken in as a minor and tortured to the point where he was a dead man walking by the time he left.

Browder’s mother gets a lot of camera time as well. She describes how difficult it was to scrape up the $900 the bondsman required for the $3,000 bail. It was all in vain because Browder was still on probation for a prior offense that involved joyriding in a bakery truck, and authorities revoked that probation upon his second arrest, meaning he'd have to remain at Rikers until he went to trial. At the time, New York State was one of only two states that set the age of criminal responsibility at 16.

Browder talks about the 30 court appearances he made without ever getting a trial date set. The D.A. always found an excuse to delay. You wonder if the people in charge ever gave a thought about the fact that another two-week delay, like the previous dozen, meant that a kid held on a shaky charge would then spend that fortnight in the agony of solitary confinement.

When the film takes the viewer inside Rikers, it gets raw. Director Jenner Furst makes liberal usage of video footage shot inside the modern day gulag that includes both guards and inmates savagely beating Browder. There's a corrupt system in place at Rikers known as The Program, under which prisoners not gang-affiliated must surrender various perks such as commissary items, phone time, etc. to the gang in charge. The guards, who benefit from The Program, allow the abuse. Browder, while only about 5’ 6,” was a tough kid who wasn't going to submit and become a “bitch,” so he got in constant fights. One extended clip shows approximately 25 members of the Young Guns gang beating on the teen, while guards give a half-hearted effort to break it up.

One of the six episodes is titled “The Bing.” The Bing is what they call the five-story solitary confinement building at Rikers where Browder was housed for extended periods. Bernard Kerik, convicted felon and New York City Police Commissioner from 2000 to 2001, was interviewed on camera for the documentary. He did 60 days in solitary during his prison stint, and he speaks first-hand about its cruelty. “It makes you insane, and creates paranoia,” he says. That's exactly what it did to Browder, who wasn't able to get anything more than quick visits from outside his cell from mental health professionals after complaining of psychological distress.

Kerik explains that NYC public defenders aren't judged on acquittal rates, but rather on how many cases they can get off their overloaded desks. Instead of keeping the innocent out of jail, they're more of a cog in a system that's geared to produce plea deals for people unlucky enough to have been arrested, even if they're innocent. Rikers is the stick and a plea is the carrot that most will take it to get off that island. Browder was offered the carrot numerous times. He could’ve been released with the time he'd already served as his sentence, but wasn't interested.

Ultimately, it was Browder's strength that killed him. A weaker, or guilty, person would’ve taken a deal to escape the pain, but Browder held out because he wanted his name cleared. He was incarcerated in such a hellhole that his mother never learned of her son's suicide attempts. Mayor Mike Bloomberg cleaned up New York City’s streets using police stop and frisk tactics, but his commissioners couldn't get him to come to the phone when they called him about Rikers. Rikers was his dustbin, but it was for others to deal with.

Time: The Kalief Browder Story is a brutal, depressing examination of the American justice system, where the dispossessed get lost in the shuffle. It's about people guarding criminals who’ve become criminals themselves, prosecutors who want to win, and cops looking to pad their stats with questionable arrests. There's no doubt Browder was an American hero who died for his convictions. Few people watching this film, including myself, could honestly say they'd endure one more day inside Rikers if given an easy way out. The teenager learned how to take his own life with his five unsuccessful suicide attempts while inside Rikers, during a time he should have been studying physics and U.S. history. He finally “succeeded” at age 22, so damaged by a cruel and inhumane system that death was the only way he could find peace.