Online and Off, No One Sees Your Face

In Afterschool, the Internet will eat your soul. (Grade: B) 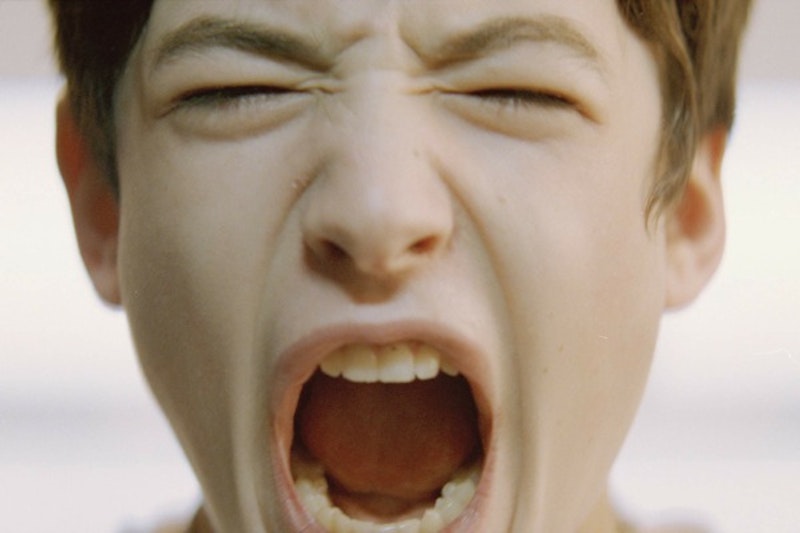 Please excuse the following nerdy statement: I care about how artists represent online video. This is something you need to know to understand why Afterschool, an independent film out in limited release on Oct. 2, is one I respect but do not love.

Afterschool, the debut feature of Antonio Campos that premiered at Cannes last year, tells the story of Rob, a lonely student at a prestigious high school who, in a turn of bad luck, witnesses the death of two popular girls at his school. He captures the incident on film, and then he is tasked with filming and editing a memorial video of the two girls.

Rob is unpopular and spends his time watching YouTube and other online videos, most of them concerning violence and sex. While Afterschool is a coming-of-age story, and a somewhat bleak one at that, it is also a film about our current media moment.

"It feels like YouTube has been around forever and will always be around," Campos said in an interview with The New York Times.

That's the setup, now the film. First, the good stuff. Campos clearly has a good eye, and many of the film's shots are simple but artfully constructed. He clearly put a lot of thought into how he wanted the final cut to look and sound. His shots are tight, still and quiet, and bring the appropriate amount of emotional weight to his subject.

But Campos is far too pessimistic about the effect of online media on young adults. Films about media are often negative and have been for quite some time. Antonioni's Blow-Up addressed photography's ineffectiveness as a method of record-keeping; De Palma's Blow-Out did the same for sound editing. There are any number of films about television, Network chief among them, and radio (I think of Talk Radio), which portray the industries as manipulative, violent and callous. The Internet hasn't fared well, either. For every You've Got Mail, there's an Untraceable. Even LOL, a personal indie favorite, is pretty sour on the ability of digital technology to create empathy and meaningful connections.

Pessimism is fine, but it doesn't always age well. Remember when Aaron Sorkin basically ripped off the famous Network diatribe for Studio 60 on the Sunset Strip? (Of course you don't, nobody watched that show). Most critics called the reference antiquated: we're smart enough now to know TV isn't brainwashing us.

Afterschool sticks with pessimism. Rob watches "little clips of things that seem real," clips that include violent porn, bloody war images, the hanging of Saddam Hussein and fights between young people, presumably caught on cell phones. Throughout it all, Rob seems desensitized. The death of the two girls he witnesses in real life clearly impacts him, but his online viewing habits have rendered him unable to properly express his emotions-until the very end, in a very ambivalent, though artistic, climax.
So the Internet has stultified Rob. We, too, are disconnected from him. We rarely even see his face. I counted a total of six scenes where we see his face in full (as opposed to from behind or from the side).

No one, it seems, really gets to know anybody in this experience. The audience barely knows Rob. Rob didn't know the girls who died; neither, as he finds out filming the memorial video, did any of her friends. In the end, in a clever camera trick, we learn that we too are voyeurs, looking at Rob (but not really knowing him) as if he were a web video. We too are implicated in the evil Internets!

Afterschool is woefully cynical. As someone who studies YouTube and online video, I can say the vast majority of the content is not violent or distancing, but funny, amusing or personal. Yes, YouTube has a lot of violence, but there are just as many personal vlogs, people sharing earnest opinions and life stories, and in videos where you can actually see human faces. For every Saddam Hussein video, there's one of a cute puppy. Do teenage boys watch these? I don't know. I do know the most popular YouTube clips, by far, are music videos, though who knows what people watch outside the site.

Afterschool waited a year to be distributed, and, for all my griping, it is a movie worth seeing. For better or worse, it will be remembered as having reflected a particular perspective on digital culture at the turn of the century, just like Network decades ago.

I disagree with the point Afterschool makes, but that's okay. Like Network, it has something to say, and it makes that point powerfully, which is much more than I can say of the vast majority of movies distributed these days.