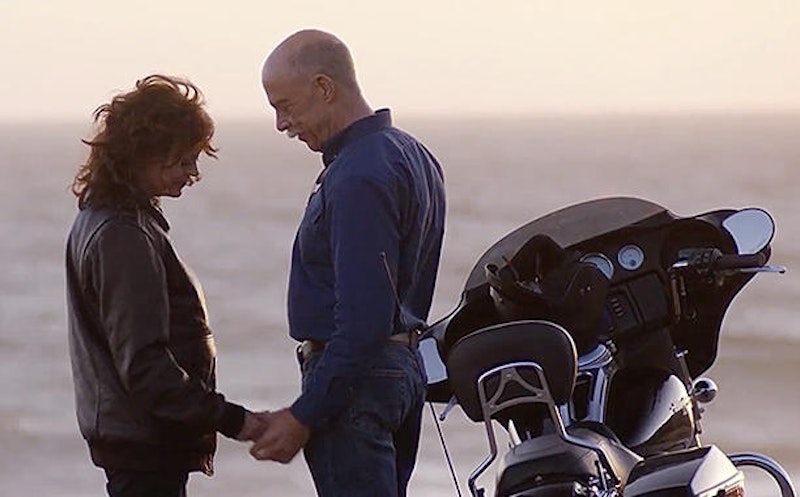 A couple of months ago, my friend Keenon made a Facebook post about an emerging genre of movies crowding the Charles here in Baltimore: old white lady problems. Three that I’ve seen fit the bill: The Lady in the Van; Hello, My Name Is Doris; and The Meddler. And with each movie, the women have become more and more well adjusted. In The Lady in the Van, she was seriously fucked up: homeless, incontinent, surly, totally delusional. It was remarkable how Maggie Smith could make a psychotic invalid so charming. Then there was the Sally Field vehicle Hello, My Name Is Doris, oh she was such a darling, not homeless but friendless, alone and utterly out of her depth when dealing with people. She could make it to the bathroom but she couldn’t quite make it work with her decades-younger workplace crush, but it was such a delight to watch her try. Aw.

Now there’s The Meddler, and this woman, played by Susan Sarandon, her biggest problem is having too much time and money on her hands. Sure, her husband died fairly recently, and she’s struggling to accept that, but instead of hoarding newspapers or shitting in the street, she pays for too much stuff: iPads, a wedding, rides to night school for her friend at the Apple Store’s Genius Bar. And her lovely, long-suffering daughter (played by Rose Byrne), in the thick of shooting a pilot from her own script, has to deal with her mother’s constant meddling. Tragic! To have such a dotting mother as sweet and basically put together as Susan Sarandon, you’d think Byrne’s character would put up with an abundance of attention. These people don’t have to worry about money—they worry about spending too much time at the Santa Monica Pier.

I found all three of these “old white ladies with problems” movies endearing in an uncomplicated way, but I realize I’m squarely in the target demographic for such fare. Okay, maybe a bit young to be earnestly rooting for Sally Field to score with her hip young crush, but what can I say? Maybe it’s because I’ve become a little less uptight about the quality of independent movies in the age of tentpoles and blockbusters. The days of movies like Happiness and Secretary and Brick and The United States of Leland getting distribution, or even getting made in the first place are gone. For now… I know most of those directors are still working, and I’m looking forward to Jim Jarmusch’s Paterson (starring Adam Driver), but these days nice, simple wish fulfillment like The Meddler and Hello, My Name Is Doris feel really good on an early Sunday afternoon. There’s still Lifetime movie of the week level dreck like The Man Who Knew Infinity passing through arthouse halls (talk about a white savior complex!), but for now, I’ll take old white ladies with problems over another overhyped arthouse horror movie like The Witch.