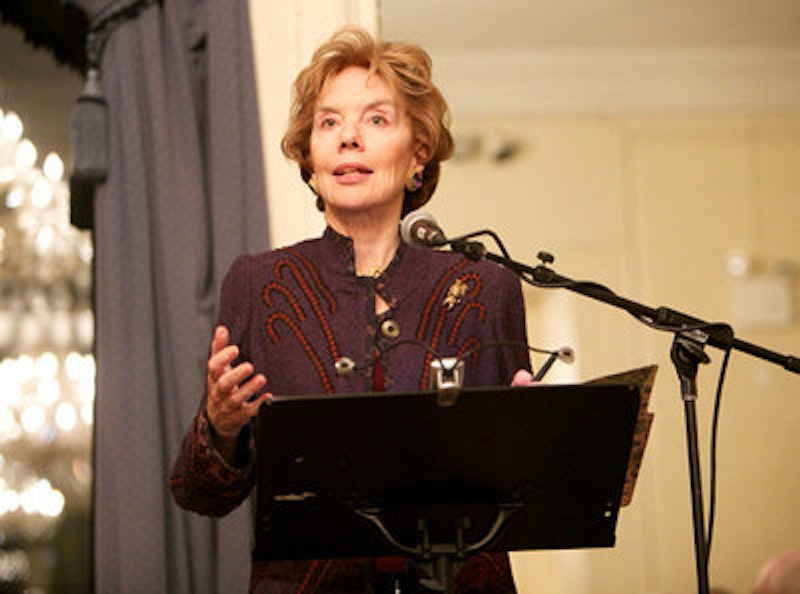 "Are Women Directors Different?" is the title of a 1975 Village Voice essay by Molly Haskell. It's a question that's been asked numerous times in feminist film studies. Are female directors the same as male directors, unbound by any particular essential women's nature? Should a feminist perspective on women's film assert equality, or should it emphasize political resistance?

In general, Haskell says no. Female film directors, she says, have a wide variety of styles and approaches; when you watch films by female directors, she notes drily, you don't see "a sudden lapse of continuity that might be explained by infirmities of a cyclical nature." Women's films aren't determined by their gender. Film critic Terese de Lauretis, on the other hand, argues that while women's films don't necessarily reflect a universal "feminine sensibility," they can be shaped by a shared history of oppression and shared consciousness of marginalization.

I've spent the last several months on Splice Today watching and writing about films by women directors. In line with de Lauretis' argument, there are some themes or approaches that seem more frequent in women's films. With some notable exceptions (like Ida Lupino's 1953 The Hitch Hiker), women directors have more female characters overall than male films do. The mercurial, demanding, brilliant female filmmaker in Catherien Breillat's delightful Sex Is Comedy doesn't have many parallels in the oeuvre of male creators. Conversely, female directors often show an interest in objectifying men, gender-flipping the usual visual pleasures of film. Even Bound (1996), a film by the trans and lesbian Wachowski sisters sexualizes female masculinity through a butch lesbian played by Gina Gershon.

Still, overall, it's hard to argue with Haskell when she scoffs at a single feminine film style. If I hadn't known beforehand, I wouldn't have necessarily guessed that Euzhan Palcy's A Dry White Season (1989) or Penelope Spheeris's The Decline of Western Civilization (1981) were directed by women. Certainly, Amy Heckerling's 90s Hollywood friendly teen comedy Clueless is much more like the films of John Hughes than it is like Kelly Reichardt's slow-paced hippie indie meditation Old Joy (2006). Liliana Cavani's dream-like Nazisploitation S&M poetic sleaze-fest The Night Porter (1974) doesn't have much in common with Ava Duverney's passionate anti-prison agitprop 13th (2016). Women from different countries and backgrounds create distinctive movies. If there is one characteristic that women's films share, I think it's that very distinction.

Men, of course, make a variety of films too. But since men make most films, men’s films are clustered in popular genres. If asked to name films by male directors, especially if you're American, you'll come up with a list of critically acclaimed Hollywood warhorses. Citizen Kane, Casablanca, The Godfather. Men are the mainstream. Women directors, haven't historically gotten to direct big budget Hollywood films. The EEOC recently concluded an investigation that found women in Hollywood face systemic discrimination, which is unsurprising. Film directors require the ability to attract large-scale investment of time and money from, largely, white men. Old white guys don't want to give their money to women.

This is why when you list films made by women, you don't end up with a list of well-known Hollywood films. Instead, you get a mix of indie art films like Ana Lily Amirpour Girl Walks Home Alone At Night (2014), experimental documentaries like Trinh T. Minh-ha's Reassemblage (1982), silent early films like Alice Guy-Blaché's Pierrette's Escapades (1900), along with the occasional more mainstream-looking effort like Gurinder Chadha's Bend It Like Beckham (2002)—which in featuring a women of color as protagonist, isn't very mainstream at all. Women, excluded from the usual networks and studios, have had to find their own ways to create their art.

“All we can do is hope that women filmmakers become, like their counterparts in the other arts, merely filmmakers," Molly Haskell concluded in her essay. It's true; female directors should be at least as unexceptional as women novelists or musicians. They should have access to the networks and the opportunities that men do.