How to Get the Robocop Remake Right

And why that'll never happen. 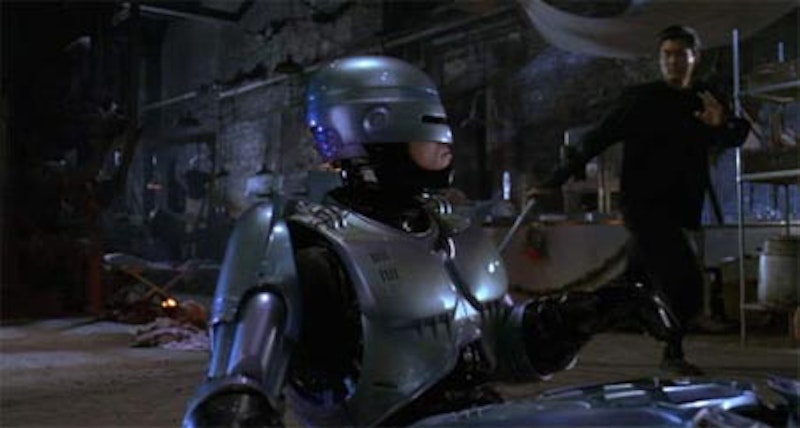 While well-established franchises are typically met with strong disapproval from fans when resurrected in a less than faithful manner, reviews of Joshua Zetumer’s and Nick Schenk's script for the upcoming Robocop reboot have reached new heights of vitriol. Earlier reports of the cast were met with moderate acclaim, but newer developments have obliterated any cautious optimism many felt towards the film. Following the lead of such disasters as Terminator: Salvation and the Total Recall remake, great effort appears to have been made to make the pre-existing material "gritty" in the most predictable ways imaginable. In case the audience is unaware of the differences between the original and the remake, the Robocop script is riddled with self-conscious references to the aspects the writers feel are dated about the 1987 film.

As with similar science-fiction oriented remakes, the major changes involve technological upgrades, along with dialogue pointing out how much better the newly showcased equipment and special effects are. Paul Verhoeven's film was very much a product of its time, with a believable exaggeration of late Cold War politics and business practices, along with subtle parodies of 80s media. The reboot, as currently available details about the script and design choices come to light, is exactly the sort of feature that might seem at home in the universe established by its earlier counterpart.

What has rarely come up in discussions about the reboot is that by no means is this the first time the Robocop name has been dragged through the gutter. After a campy sequel and entirely dysfunctional third part, a children's cartoon, a quickly forgotten premium cable series, and numerous virtually unplayable and uninteresting video games (the most recent of which was released 10 years ago), it seems silly for even a dedicated fan of Verhoeven's film to worry about one more failed attempt to recapture its magic. However, this newest film is more than just one more likely-to-fail revival.

Robocop is thought by many to be a typical 80s action film with science fiction elements, no more significant than Cyborg or Saturn 3, except in terms of its enduring popularity and then-cutting edge visuals. However, among those more invested in science fiction's cinematic legacy place it in a wider context. Just as Fritz Lang's Metropolis reveled in the trappings of futuristic and speculative fiction in order to explore the social and economic realities of its own time period, Robocop in many ways fulfilled the same purpose for the 80s.

Sure, it's a movie about a robot. But it's also about the Star Wars program and corporate ethics and media saturation. Yet the media is saturated in a very different way now, and excess is less of a marker of innovation. Technological progress is often measured by how small and efficient something is rather than whatever excess it involves. Robocop was an 80s idea because it served as an allegory for that decade's obsession with what in hindsight was unsustainable growth (or the illusion of growth) at the expense of humanity. The new millennium has seen a return to demands for accountability (or the illusion of accountability).

It's not about whether something can be remade. Of course it can. An intentionally retro-futurist Robocop movie might be interesting and less disposable than the Expendables series. It's unlikely that's what the writers intended, as just enough of the details have revealed a desire to make the premise relevant. The new Robocop has the versatility of an iPhone and also isn't restricted to one physical manifestation. That just makes him an especially expensive gadget and one more piece of law enforcement or military equipment, hardly something worthy of a starring role, or the sort of mythological connotations the name has brought for over two decades. There's little question what's being produced is yet another mindless "homage job" complete with self-conscious references to oft-quoted lines and shameless pandering to what is presumed to be a built-in audience that nevertheless dwindles as more becomes known about the sheer weight of incompetence on display.