The widely acclaimed film is dull and hopelessly earnest. F 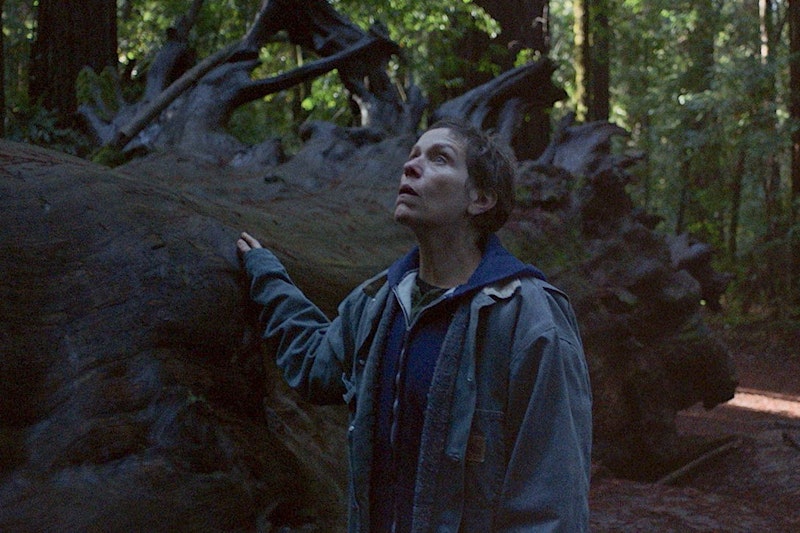 Nomadland has been endorsed as fine Hollywood propaganda to show how “with it” they are with poverty. The boomers in power secretly financed and put their trust into Chloe Zhao to make it aesthetically relatable to younger generations, and like a Beck album, the entire film comes off prefabricated. I recognize the flare, but it lacks any substance.

Based on the 2017 non-fiction novel by Jessica Bruder, Nomadland follows Fern (Frances McDormand) as she struggles with reality after the loss of her job and death of her husband. Fern lives in an RV, struggling to get by, picking up odd jobs at Amazon. She joins a commune with other nomads, where she explores her own individuality in the company of others facing similar impoverished financial situations.

McDormand shits in a bucket after acquiring food sickness, and through this we are made to understand this film is “progressive.” But authenticity is missing. A documentary like Dark Days is far more effective in conveying the experience of poverty. Through a less biased lens, filmmaker Marc Singer uses his camera to show the viewer the conditions and circumstances that drive people to homelessness without creating any romantic fiction. The 2000 documentary had an objective and followed through. Nomadland doesn’t. And of course, Dark Days didn't bring in buckets of bronze, dough, and praise like I suspect Nomadland will.

The objective of Nomadland appears mostly to entertain. Entertainment isn’t undignified, but to disguise itself as a culturally significant and meaningful art film is ridiculous. We know that being poor sucks, and nobody needs a multi-million dollar art film to remind us.

The film oozes with false sentimentality by awkwardly including a baseless anti-love affair. Fern, still grieving the loss of her husband, continuously rejects affection from others. She dances with fellow nomad David, and visits him in the hospital after he has surgery, but the execution of their relationship is so lifeless and dismal that it's difficult to recall exactly where the affair started. Anti-climax might be what the director intended, but the relationship, or lack thereof, is so dry and lifeless that it's difficult to care what happens to them as a potential couple.

I would’ve been more interested if Fern drifted from town to town, not necessarily indulging in adventure but just exploring different landscapes. A better movie that depicted homelessness and poverty was Kelly Reichardt's Wendy and Lucy, which follows Michelle Williams and her dog as they travel through America. Unlike Nomadland, Wendy and Lucy successfully avoids clichés. The 2008 film doesn't try to create some mundane narrative by adding unnecessary characters and plot lines; instead, it focuses on Williams' direct relationship to the difficulties of the world.

I'm don’t expect films like Dark Days or Sunshine Hotel to gain household notoriety. I just believe art should push extremes, and Nomadland doesn’t do that. The intentions of popular movies like Nomadland should be dissected and explored because that's what the artist should expect of the public. We should be endlessly curious, constantly asking questions. We should never accept anything as it is, or how they tell us it should be.