City of Lies, shelved for three years before release, is an odd and disjointed movie about the murders of Tupac Shakur and the Notorious B.I.G. C- 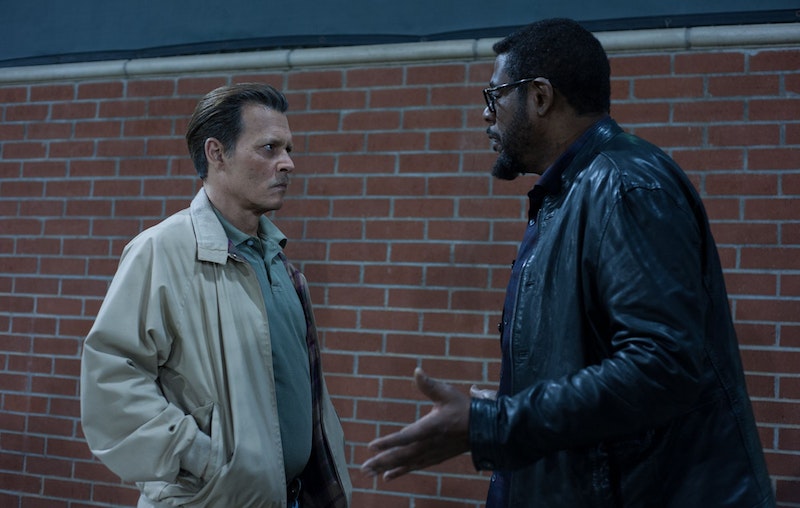 City of Lies, a movie ostensibly about the murders of Tupac and Biggie, is finally arriving in theaters this week after nearly three years on the shelf. It's an odd and disjointed movie, jumping among different plot lines and tones. The film finds a way to make fascinating real-life events boring.

The film, directed by Brad Furman (best known for The Lincoln Lawyer and The Infiltrator), is based on LAbyrinth, the 2002 book by journalist Randall Sullivan about the investigation into the murders of the two rappers in 1996 and 1997. The book, which I remember liking a lot, tied in the murders with the Rampart police corruption scandal—the one that inspired the great cop show The Shield—and concluded that Suge Knight may have been behind both killings.

The protagonist of Sullivan's book was the retired LAPD detective Russell Poole, who investigated the killings. In the movie, Johnny Depp plays Poole, while Forrest Whitaker plays a fictitious version of Sullivan. The film is structured kind of like True Detective, with portions set in two different time periods. But beyond that, the film keeps jumping between the investigations of the murders and the cop corruption. The problem is that both plots are slow.

Not to mention, the sort of cop corruption uncovered here and treated with urgency, after all we've seen the last couple years, is practically quaint at this point. And hanging over everything is that the murders haven't been solved. Neither Depp nor Whitaker give decent performances, with Depp, in particular, practically sleepwalking through the part. Much better is a lineup of character actors, who get meaty roles as cops—Toby Huss, Shea Whigham, and best of all, the Deadwood actor Dayton Callie, in the role of Poole's boss. There are also appearances by long-missing 1990s actors like Glenn Plummer and Peter Greene.

City of Lies has been on the shelf for so long that it started filming when Barack Obama was still president. The movie was originally set for release in September of 2018, but was pulled from the schedule a month before, for the stated reason that the film's location manager had sued Depp for assaulting him during the production. That led to another lawsuit, leaving the film in limbo for years, until it was picked up by Saban Films.

There were also unconvincing conspiracy theories that the LAPD "suppressed" the movie, in order to stop a lawsuit against the department by Biggie's mother. It's not clear how the LAPD would have the power to do that, or why the success of such a lawsuit would hinge on the release of the movie. That's also an action the department neglected to take for the roughly 50 movies in the last 20+ years that have touched on the murders of Biggie and/or Tupac, including the Biggie documentary that launched on Netflix two weeks ago.