Nationtime, the first of many William Greaves documentaries from the 1970s, is finally widely available. A 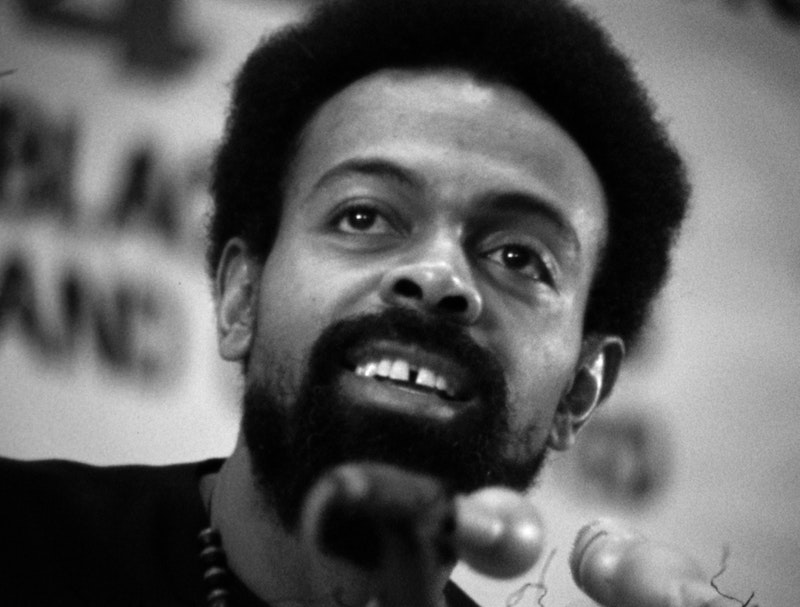 William Greaves is one of the most prolific independent Black filmmakers of the second half of the 20th century, but before this year, he was known (if at all) exclusively for one movie, Symbiopsychotaxiplasm: Take One, an experimental meta-outlier in his otherwise straightforward body of work. It too languished in obscurity until Steven Soderbergh financed a restoration and revival tour that led to a new movie (Symbiopsychotaxiplasm: Take 2 1/2) in 2003 and a DVD of both by the Criterion Collection in 2005 (re-released on Blu-ray late last year).

The first Symbiopsychotaxiplasm, filmed in Central Park in the summer of 1968, is a bananas exercise in hippie torture, as Greaves plays dumb and convinces his (mostly white) crew that he’s completely out of his depth directing a simple scene in a park between a fighting man and wife. Instead of focusing on their awful acting, Greaves is more concerned with the second camera crew filming the making-of, and the third crew filming all of them. Obviously, he would’ve gotten as many crews as he could’ve afforded, and Charlie Kaufman would eventually fulfill this wish with his grand 2008 masterpiece Synecdoche, New York.

But Greaves is merely a punchline, a reference, in Kaufman’s horrendous 2020 novel Antkind, used in service of a bad joke that runs 700 pages, a man constantly invoked by the protagonist as a “true, authentic” artist—more importantly, he’s Black. The narrator of Antkind is some kind of parody of “wokeness” that Kaufman badly misfired, and while Greaves (and the main character’s monograph on Symbiopsychotaxiplasm) run through Antkind, it’s in the worst form possible. The pandemic scuttled any potential theatrical run for the newly restored Nationtime (titled on-screen as Nationtime: Gary), a documentary on the National Black Political Convention in 1972.

Greaves made most of his films in the 1970s, mostly documentaries: From These Roots, Booker T. Washington: Life and Legacy, Frederick Douglass: An American Life, Black Power in America: Myth or Reality?, The Deep North, and Ida B. Wells: A Passion for Justice. Most of them remain widely unavailable. Nationtime is, perhaps, a portal into that mode of his work: direct documentary, with a voiceover by Sidney Poitier written by Greaves, and 16mm color footage from around the arena in Gary, Indiana as various Black leaders, politicians, and artists speak. We hear from Coretta Scott King, Charles C. Diggs Jr., Jesse Jackson, and Dick Gregory, among others organizing the event.

Nationtime gives little context or information on how the caucus came together or where they went—then again, none of what they proposed, wished, or compromised for has come to pass nearly 50 years later. As Jackson says in his speech, “We may be able to get a job now, but we’re still treated like trash in the street.”

The convention produced the Gary Declaration, a manifesto that begins: “The Black Agenda is addressed primarily to Black people in America. It rises naturally out of the bloody decades and centuries of our people’s struggle on these shores. It flows from the most recent surgings of our own cultural and political consciousness. It is our attempt to define some of the essential changes which must take place in this land as we and our children move to self-determination and true independence.”

That paragraph could’ve been written today. Nothing has changed since then. There may be more Black representation in government, entertainment, and the corporate world, but the roots of racism have yet to be pulled. This isn’t to say that everyone needs to take a knee and don the Kente cloth. But we have a more recent example of a country facing its murderous, ethnic-obsessed past, and Germany has certainly done much more of a mea culpa in the post-war period than our country ever did after our own Civil War. I’m convinced that an enormous part of this is the state of media and technology when the Civil War took place: had photography been widespread, had Hollywood filmmakers fought for the Union, slavery in America would be properly compared to the Holocaust today.

Nothing moves more than an image. Greaves’ documentary is a short one, amongst a vast body of work that has yet to be rediscovered. It’s easy to see why something as strange as Symbiopsychotaxiplasm would be found by some wunderkind director 40 years after its abbreviated release and brought back to the public, along with its director, pushing 70. Unfortunately, Greaves died in 2014, and his reappraisal—or, more accurately, appraisal—will come posthumously. Nationtime is a film about a political convention and Black Americans in 1972, the struggle they faced then and the struggle they face today, and how little has changed. That’s all—no head games. It’s still a crucial film, a document of a moment of momentum lost too quickly and forever stymied from revival.