But it makes for a pleasant weekend matinee. 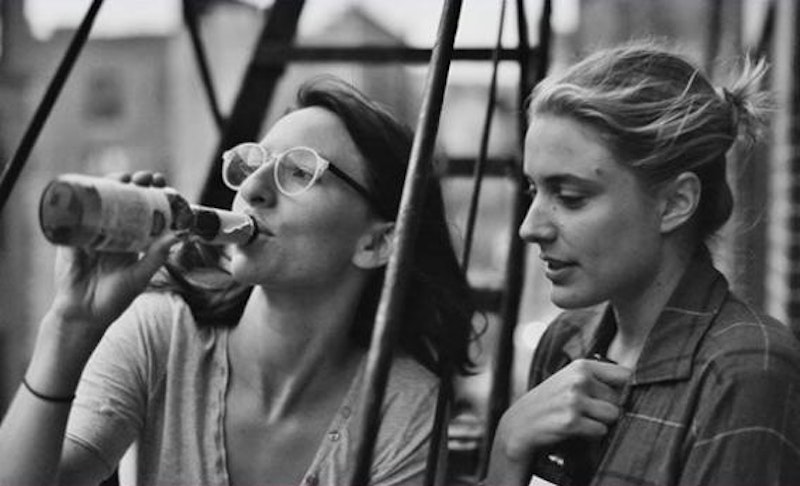 Nothing of consequence would be lost if we never saw another movie about young people in New York. Noah Baumbach’s Frances Ha is at least aware of how slight it is. Greta Gerwig’s Frances is, well, check em off: not artistic but artsy, broke but not really broke, articulate and educated, to a point, and “undateable,” helplessly but endearingly fumbling about young adulthood, waiting for someone with more motivation to set her straight. The film is 86 minutes, and it cuts by, aware of how precious your time is, how most people think to themselves “not again...” the first time a romantically lit and gracefully composed shot of a bodega comes up. It makes no claims about the zeitgeist, unlike Girls, which this film is inevitably compared to in every review.

Lena Dunham and Baumbach’s work is only similar insofar as Frances and Hannah are both female, white, jobless but financially stable, and existentially bewildered “artists” who don’t spend that much time on their work. They’re eagerly, and sincerely, eccentric, and enjoy being silly while pretending to be serious. But the worlds they occupy are completely at odds tonally. Dunham’s work is obviously pointing towards the future and, one hopes, pioneering a more honest and realistic depiction of sex and sexuality in American film. Besotted with the lose/lose tag of “voice of a generation” from its inception, Girls has only gained recognition and momentum with each passing episode, and now Dunham is actually in a position to change the medium, if she hasn’t already. It’s really apples and oranges with Baumbach’s film. Frances Ha is helium light, a movie perfectly suited for a weekend matinee and nothing else.

Girls is visionary, political, “a feminist action at its core.” Frances Ha is escapism. Really, a wonderful way to spend an afternoon, if you’ve loved Manhattan for years and might have kids around this age, fumbling about the city themselves. As David Thomson said in his review for The New Republic, Frances Ha has a “cozy parental appeal” because there’s absolutely no sex, theft, violence, or true discomfort anywhere in this movie. The shop-worn set-up of young people trying to figure out how to live is buoyed by Gerwig and Baumbach’s quick and meticulously scripted screenplay. This movie does not attempt to say anything about the times we live in, and for two artists in a position to really say something, it comes off as self-involved and meaningless, especially in the generation gap separating this and Girls. Frances Ha is an homage to Truffaut and Woody Allen, and yes I just barfed on my MacBook, because the last thing we need are more limp-wristed love letters to cinema’s past. It gets us nowhere and basically ensures that we’ll be suffering more and more tributes to Godard before we get anyone new to rip off. So, Frances Ha is much like its title character: pleasant, verging on hip, less interesting than she thinks she is.