Lecturing in The Laundromat 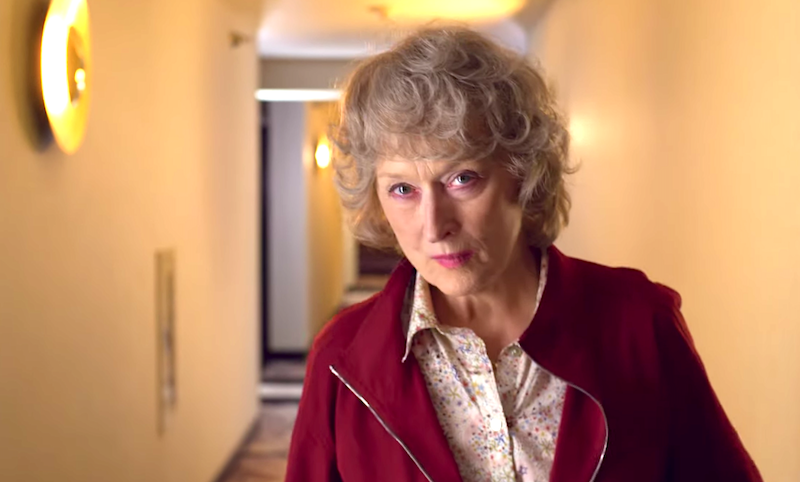 Steven Soderbergh's The Laundromat is one of the strangest miscalculations of the fall movie season. It comes from a top director and screenwriter, features a top-notch cast, and tells the story of The Panama Papers, a fascinating real-life scandal, one mostly unknown to the general public and not yet the subject of a feature film.

It's unfortunate that Soderbergh and his collaborators so egregiously dropped the ball here. The screenplay, by the normally dependable Scott Z. Burns, is heavy on didacticism and long-winded lecturing, jumping all over the place among different plots and not giving the more compelling ones nearly enough time and energy. The tone is breezy, but never especially funny, and it's a rare prestige film that's too short. The film could have used a more epic scale but instead, for some reason, it's limited to just 90 minutes.

The Laundromat seems influenced by Adam McKay's recent films The Big Short and Vice, loading up the telling of its real-life plot with cutesy storytelling flourishes and ostentatious fourth wall-breaking, and it's a style that’s tiresome. One of Soderbergh's best films, 2009's The Informant!, was based on a true crime story and used unconventional storytelling as a strength, and it also had a screenplay by Burns. The Laundromat is easily the weakest film Soderbergh has made since returning from his temporary retirement three years ago. The Laundromat, which opens in theaters in several markets this week, is part of a large slate of films this fall taking the festival circuit/brief theatrical release/Netflix route; it hits the streaming service October 18.

The Panama Papers was a scandal, exposed in 2016 by a leaker, who released millions of documents from a crooked Panama-based law firm called Mossack Fonseca. The documents revealed an international web of shell companies and other bogus entities, involving tax fraud, insurance scams and work with international drug dealers. The continuing theme—as repeatedly stated—was that the ultra-wealthy found creative ways to protect and enrich themselves, at the expense of everyone else.

The movie is based on a book about the case, Secrecy World: Inside the Panama Papers Investigation of Illicit Money Networks and the Global Elite, by Jake Bernstein. The scandal was also the subject of a 2018 documentary, called The Panama Papers, which was directed by Bill & Ted star Alex Winter.

In the Soderbergh version, founders of the firm are played by Gary Oldman, with a ludicrous German accent, and Antonio Banderas, and most of the film's vignettes involve people around the world tangentially involved in the con: A widow (Meryl Streep) who falls victim to an insurance scam after her husband dies in a ferry accident; the owners of the boat from the accident (Robert Patrick and David Schwimmer); a Western businessman doing business in China (Matthias Schoenaerts); a crooked Caribbean banker (Jeffrey Wright) and a wealthy African immigrant to California (Nonso Anozie), trying to use his wealth to buy his way out of trouble from sexual assignations.

The film is structured oddly, cutting back and forth from some stories and leaving others hanging. Fascinating subplots, from Oldman's fear of a certain drug dealer client to another character's bigamy, are raised and then dropped altogether.

As The Laundromat lurches around the world, it devotes too much time to telling instead of showing, thanks to endless speeches explaining what we've already seen about how the rich get away with everything, from corruption to tax avoidance. It's not that this sentiment is wrong, it's just that the point is made both repetitively and not very effectively.

If you're browsing Netflix, ignore The Laundromat and instead seek out Soderbergh's other 2019 film, High Flying Bird, about a sports agent's behind-the-scenes quest to solve an NBA lockout. It's not only more entertaining, but a much more illuminating look at money and capitalism today.