Visual storytelling and its absence in all contemporary TV and too many movies. 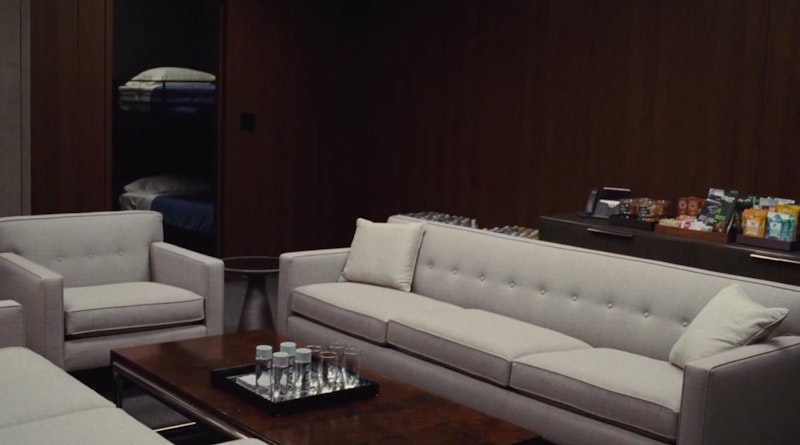 Wednesday was Martin Scorsese’s birthday. The day before, a video circulated of him recommending dozens upon dozens of movies, rapidly cut together from the same press junket: Drums Along the Mohawk, The Red Shoes, Rocco and His Brothers, Little Caesar, Point Blank, The Godfather. Scorsese has provided plenty of material for these supercuts of him rattling off movie titles, but this one moves into a supercut of Scorsese talking about the grammar of film and how “We don’t even really know what it is yet.” Judging by his appearance and the video quality, it looks like the late-1980s or early-1990s, and in 1972, Robert Altman said as much on The Dick Cavett Show, elaborating on a misquote that, “a good movie hasn’t been made yet.” Both of them insist on searching and always moving forward, and away from the limits and tics of the theater (like “acts”). The second half of that Scorsese video is just him spewing technical terms and tools that, he points out, are “like pens—a camera is a pen.”

I’ve written often about avoiding TV shows now, but for a variety of reasons, I’ve taken a peek recently. Watching a movie or two a three every day may sound insane to the same people who watch eight episodes of Succession or all of Mare of Easttown in one “binge,” but after doing a little mixing recently, like a media speedball, I understand why, and it’s clarified what defines film for the better and TV for the worse: time.

No news that TV remains unwatchable because of the way it’s made: coverage, coverage, coverage. Seven, eight, nine camera setups for a short dialogue scene in an empty restaurant. Characters out of focus or obscured during key moments. Inconsistent writing and directing because of dozens of different writers and directors. The visually incoherent, ramshackle look of every show I’ve watched in the past month—Mare of Easttown, Killing Eve, and Succession—is hardly a damning sample, but it’s depressing that these are the moving images watched and talked about more than most movies right now. As stories, they’re fine—although Mare of Easttown would’ve made a great two-and-a-half hour movie like Manchester by the Sea, and ended up a bloated and mediocre miniseries with a great Kate Winslet performance—but they have no visual ideas, and there’s no visual storytelling in any of them.

I’m not looking for the second half of 2001: A Space Odyssey on HBO. That’s where Curb Your Enthusiasm belongs, along with Succession, a very good sitcom gussied up to look respectable and, unbelievably, “Shakespearean” to some. I also don’t think there’s a lack of desire for something new; people can feel pop culture stagnating, and the 2010s were a decade of treading water in the medium, despite the epochal changeover to digital. The solution is not VR, 3D, or any other extra toys or headsets or baubles that get in the way of what you’re seeing and hearing in that theater or your home (no fantasies about theatrical dominance anymore, either—as depressing as it sounds, filmmakers should be checking their work on smartphones and smartwatches).

As Altman says in that 1972 interview, the only constant in filmmaking is time: “it has duration.” TV shows rot your brain because it’s an incomplete, compromised experience: even the most “respected” and critically lauded series (Berlin Alexanderplatz, Twin Peaks: The Return) aren’t movies because each episode has its own opening and closing credits. Even the worst movie has a beginning and an ending usually separated by 90 or 120 minutes, sometimes longer, but when you get to four hours, the list becomes very short. A movie is a complete experience in a reasonable amount of time—what filmmakers do with that time is another story.

But TV drains you, especially when it’s tarted up to look far better than it actually is. Succession is fine, but it’s junk food. Of course there are exceptions in TV that don’t come from Germany or the mind of David Lynch: the superb 2003 series State of Play, written by Paul Abbott and directed by David Yates, isn’t shot with a million cameras, doesn’t contain dozens of cuts per scene, and often has actual visual ideas, conveying key information with images instead of the patronizing “reminder writing” of contemporary American TV (did we really need a verbal reminder that Kate Winslet didn’t have her gun right before her partner got killed?). Besides being written and directed by the same people, State of Play is just as engaging and accessible as similar shows airing now. Again, you don’t have to look to the work of “auteurs” for how to shoot a TV show well.

Junk food is junk food. Big Macs are Big Macs, and I love them. I had one today. I’ll die if I eat them every day (I’m not built like that one guy). I’m not alone in feeling our pop culture stagnate and fester and rot, and without a single revolutionary pop music artist in the last decade, nor a revolutionary film, I’m getting tired of waiting and dying in place. Avatar was the last revolution in film, and nothing about that movie itself persisted, but all of the digital projectors installed to show it sure went the distance. No matter: I grew up with digital and never shot on film, it’d be like protesting CinemaScope in 1953. The way forward is through time, the most essential aspect of film.

You don’t have to look long to find plenty of art films that make magic with their deliberately slow pacing and editing. Chantal Akerman may be gone, but Tsai Ming-Liang is still alive, making films, and that’s hardly a survey, but in popular cinema, I’m at a loss (besides the movie theater scene in Once Upon a Time in Hollywood). To move beyond the postmodern and find a new kind of experience, to smuggle exotic structures into movies that millions of people will see—whatever it takes to get millions of people excited and inspired by cinema again. Going into detail about craft is important, but every decision about a lens or a dolly shot must be in service of its effect on the audience. Moving images mustn’t be just a means of recording people talking. They must talk, too.