More Hollywood Movies Should Be Based on Manga

Lay off the graphic novels and comic books. 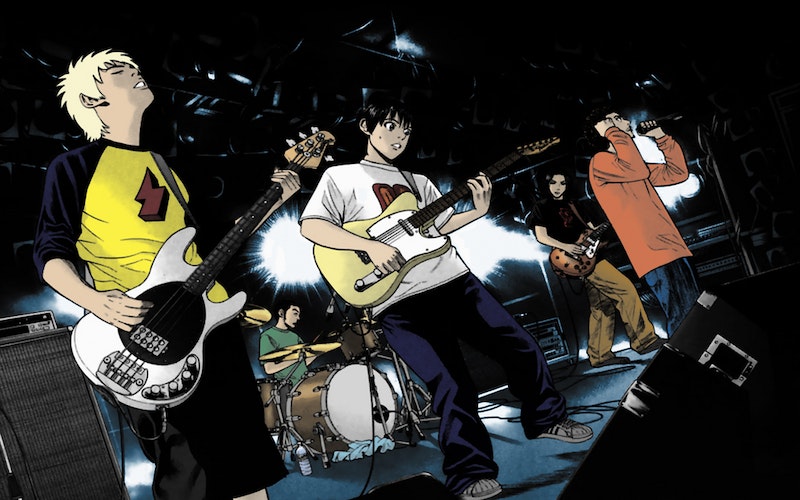 In recent years, it seems that every summer blockbuster is based on a comic book series or graphic novel. Movies like Wanted, The Losers, and 300 have been tremendously successful, rivaling even better-known Superhero counterparts for box office success. Now that CGI is ubiquitous in big budget action movies, the wild stunts and ridiculous explosions that appear in comic books are easily replicated, and the even more ludicrous stories and plots fit perfectly for the mass audience they’re aimed at. Critically acclaimed graphic novels tend to produce well-written scripts, which is why so many of these yield not only ticket sales, but also positive reviews.

Moviegoers have proved they can accept any concept, as long as the actors are recognizable and the TV-spots plentiful, evidenced by Cowboys and Aliens. But even with superhero movies swamping the theaters (four in the last three months), there is still a vast area of source material that’s remained untapped for years: Japanese manga. Even newspaper comic strips have been adapted for the big screen (anyone remember Marmaduke? Garfield: A Tail of Two Kitties?), but not manga. Arguably, there are a couple of exceptions: in 2009 David Bowers adapted Osamu Tezuka’s Astro Boy into a computer animated, 3-D mess and James Wong ruined Akira Toriyama’s famous manga with Dragon Ball: Evolution. But those two don’t really count. It could be that Astro Boy’s commercial failure has scared off Hollywood producers, but I doubt it.

Those who aren’t familiar with the style often blur individual manga and anime series together as Yu-Gi-Oh rip-offs or Pokémon clones. Admittedly, most Shonen manga would be hard, if not impossible, to adapt into a live action film while simultaneously selling to an American audience, evidenced by the monstrosity that is Dragon Ball: Evolution. Popular series like One Piece, Naruto, and Bleach would never work as big budget movies not because of their premise, but their length. There are so many characters and theories to introduce, it would take 90 minutes just for the action to start. And when it finally does, which fight do you choose, which bad guy? One Piece currently has 63 volumes, each one a continuation previous. With superhero movies all the writers have to do is choose a villain and his scheme; nearly everyone’s familiar with Spider-man’s back-story.

But not all manga series are about becoming the king of all ninjas. Slice of life baseball stories like Cross Game or Touch could be easily compacted into a workable Hollywood script. Harold Sakuishi’s Beck: Mongolian Chop Squad would transfer very well because of its relatable, universal theme about starting a band. Manga series get a bad rap in America, and are often generalized as unrealistic, fantasy cartoons. In fact, manga are more realistic than traditional American comics. Not every anime is about spiky haired, overly muscular men flying around fighting aliens.

Tuxedo Gin, a light manga series about a man getting turned into a penguin, was recently greenlit for production. Even though Disney will transform it into a half CGI/half live action Alvin and the Chipmunks sort movie, it’s a step in the right direction.