In Sorry We Missed You, when it rains, everyone drowns. A- 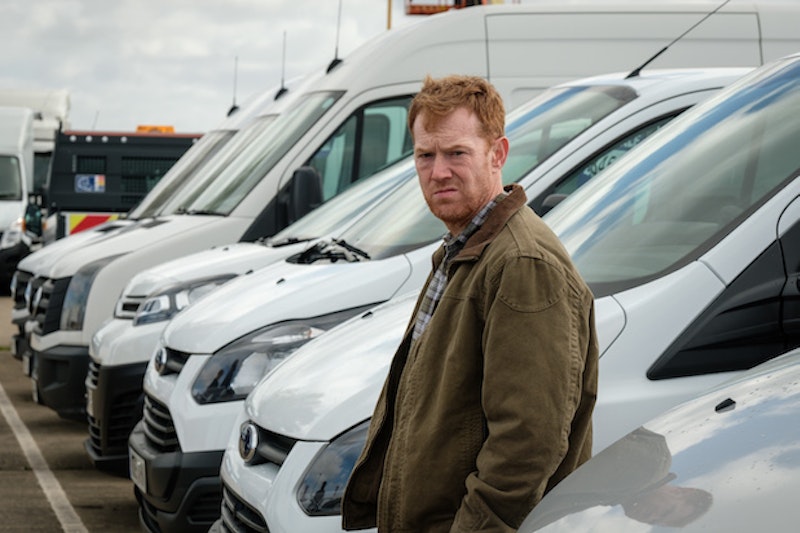 Nearly two months after theaters shut down, writing about new movies has become a little easier. The ground has mostly settled and a handful of companies—Kino Lorber, Criterion, IFC among them—have partnered with independent theaters to offer “virtual screenings.” It’s a grim reality, but it’s here, for now or forever. Sorry We Missed You, the new Ken Loach film (from last year) is available to rent and stream here, along with a mixed bag of movies from the last couple years.

(Other Music is a great documentary about the late New York record store of the same name, and Life Itself is one of the most awful movies ever produced with A-list stars. It’s a lot of fun to watch with other people, if you can, or indeed have to now).

In Ken Loach’s world, when it rains, everyone drowns. His brutal social “realism” isn’t the average life experience of the proletariat but a series of extended riffs on Murphy’s Law. From Thatcherism to the smiling insanity of the gig economy, in Sorry We Missed You, we’re right back in the world Charles Dickens described nearly 200 years ago. So many essentials haven’t changed: some of the first lines in the film, spoken over a black screen, are an employer and Ricky (Kris Hitchen) talking about welfare: “Have you ever been on the dole?” “No, I have my pride.” Ricky becomes a delivery driver for a parcel service in London. His son Seb is a typically maladjusted truant, and his young daughter Liza is the all-seeing eye of the movie, its saint.

His wife Abby (Debbie Honeywood) is a caregiver for the elderly and disabled, and through her we visit the protagonists of other movies, more common movies about people with more extreme burdens to overcome. She visits a young man with a striking resemblance to her own son at one point. He has a neurological disorder and is confined to his bed and chair. He screams at her, rightfully outraged at his hellish existence: “I’m sick of being woken up every day just so I can sit in a chair all day. What am I gonna do, stare at the wall?” We know it’s not her fault, she understands, and even he knows his anger is for the world, not her.

In a normally repulsive prestige movie about a beautiful actor with a serious illness, Abby would turn up for a scene or two, maybe she’d get a speech. But her punishment, the vagaries of old age and every state of being an “invalid”—a term long out of use but now more appropriate than ever in our computer-augmented lives—these are every day horrors that occur every day all around us that we consciously block out, whether it’s out of survival, cowardice, or contempt. The disabled remind the able-bodied of their vulnerabilities and the indifference of a random universe. Loach’s film is about the people who make our world run and the toll it takes on them.

Unlike his previous film I, Daniel Blake (which won the Palme d’Or at Cannes four years ago), there are no martyrs here. This is a more ambiguous film, and what makes it so recognizable is the unrelenting anxiety and uncertainty of every situation. By not resolving or releasing the tension built up through the entire movie, Loach leaves us with an accretion of small horrors—this is a movie that sticks with you longer because it is critiquing an experience and a way of life that we all participate in every day.

Sorry We Missed You plays with raising the stakes too high and diminishing the power of a harrowing story without a serious climax or elevation—Ricky doesn’t seriously hurt his son when he slaps him, nor does he accidentally run over his daughter when he begs to go to work at the end of the film despite his debilitating injuries he sustained while being mugged, at work, where he’s “self-employed.” PDF, the company Ricky “self-employs” for, is run by a block chuck dickhead named Mahoney, self-proclaimed “number one nasty bastard.” He’s the only obvious punisher in the movie, but at the same time he’s just another player—Mahoney never fully destroys anyone. We know his type and he does what’s expected.

When Seb gets arrested for shoplifting, Ricky has to pick him up or else charges will be pressed, a criminal record started. They can’t have that for their son. Abby’s busy working, but Mahoney isn’t sympathetic. Ricky isn’t compensated or given any slack by this guy. Mahoney operates more like a machine than anyone else, but what Loach shows in this film is how we’ve all become cyborgs to a certain extent.

When Ricky takes Seb’s phone away, Abby has second thoughts later and protests: “It’s got his homework, his friends, his paintings. It’s his whole life in there.” Ricky is a slave to the “gun,” the scanning and tracking device that makes sure the driver’s moves are accounted for at all times. One of Ricky’s customers refuses to give a name, citing only “Big Data,” that horrible cloud “hoovering up all of our personal information.” Right now, those eyes and ears in every direction are only trying to sell us things. What happens when they want more?

Sorry We Missed You is a harrowing film, a depressing thriller of ordinary circumstances. It’s not the caricature condemnation of I, Daniel Blake, which ends with the title character dead of a sudden heart attack after becoming a folk hero. The accidents you keep expecting in Sorry We Missed You never come, and the movie remains in our reality. This is the life we live most of the time, not the extraordinary joys and tragedies usually depicted in movies. When extraordinary things happen, so often we say, “It’s like a movie.” Loach’s movie is like life, and it hurts like hell.