Lo-Fi Survives the Rise of Bells and Whistles 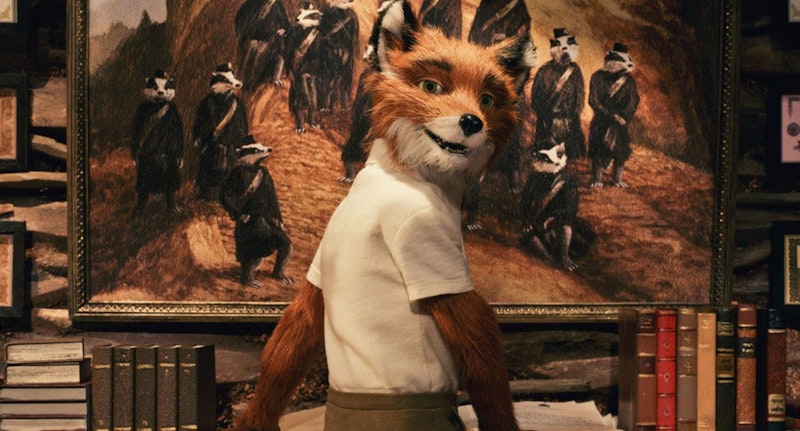 It’s the visual equivalent of wearing flannel and drinking black coffee, with retro ebbs and flows. But Wes Anderson’s The Fantastic Mr. Fox pushes me to believe we are in a lo-fi moment.

You cannot write for a living and avoid silly trend stories; it’s inevitable. We naturally look for patterns, and we have blank pages to fill. Still, I think this may be legit.

First, take the reviews for The Fantastic Mr. Fox, which has given the acclaimed director his best reviews since 1999’s Rushmore, considered his best by certain Anderson fanatics. Mr. Fox is charming and adorable; Anderson’s visual tropes—carefully constructed tableaus, horizontal tracking shots, direct facial close-ups, etc.—can be attacked as fussy and unnecessary by some critics. But paired with simple stop-motion animation, his embellishments enrich what would otherwise be uninteresting. Lo-fi breathes new life to a classic story.

Aside from Pixar’s 3D spectacle Up, one other children’s film made a critical splash this year: Where the Wild Things Are. There, too, Spike Jonze eschewed CGI to create a film that felt fresh, even as it was, objectively speaking, rather drab. Keeping the colors muted and the monster costumes dirty and unkempt, Jonze’s use of lo-fi made the story feel textured, raw and lush. How such a simple concept cost well over $100 million to make and market is beyond me—definitely not lo-fi. It certainly looked cheaper than $100 million, and that’s what matters to me. (Needless to say Wes Anderson kept his production budget well below that, and he had George Clooney and Meryl Streep on the payroll).

I’m consistently amazed at how sparse content can garner big audiences. I recently interviewed an independent producer of music videos and other promotional content, and he remarked, with a sigh, how often his $40,000-a-pop videos get beaten out by YouTube clips that cost $6. The two most subscribed people on YouTube are two of its leanest videomakers. Neither Lucas Cruikshank nor Nigahiga use a $5000 camera to make their videos, and if they do, they don’t need to.

Even web videos that require more investment are being made rather cheaply, and certainly lack all of the excessive camerawork of pricier television shows. To be sure, highly produced, very complicated web shows exist, and they do very well. Yet according to Visible Measures, some of the top web series out there are also some of the simplest. Top shows like Felicia Day’s The Guild and College Humor’s Jake and Amir are almost amateurish compared to even the cheapest show on traditional television. Even niche shows with much smaller audiences, like Drama Queenz, a web series about three black gay men looking for stardom in New York and Anacostia, about the DC neighborhood, have managed to acquire loyal followings.

The lo-fi argument is difficult to make about television. Yet some of the shows with cult followings are what I would describe as quite basic. Single handheld camera shows like The Office and Friday Night Lights (whose fourth season, by the way, is poised to be its most brilliant) have the feeling of a well-funded documentary rather than a six-figure TV series. Niche shows like It’s Always Sunny in Philadelphia might as well be made for the Web. It gives precious little attention to production value, and yet its fans, I among them, adore it.

Is lo-fi revolutionizing media? Of course not. If you’re an investor, I’d suggest you put your money into something that looks expensive if you want to increase your chances of ever seeing it again. You still have to spend money to make it.
But from artistic and cultural perspective, I’m consistently surprised at how many directors and producers are making some of the sparest and cheapest visual narratives look cutting edge and avant-garde. The films and series are pushing media forward even as they look pretty basic on the surface, and that’s a remarkable thing in an age of increasingly accessible technology. Today CGI, blue-screen and special effects are getting cheaper and cheaper; I see entire web series with effects and glossy visuals made for tiny fractions of the budgets of TV episodes and independent films. Despite all this, keeping it simple can work.

Much of this concerns writing and acting. The democratization of media and the ubiquity of snazzy productions may be heightening the importance of smart (and funny) writing, charismatic personalities, cultural relevancy and edgy subject matter. After I accustomed myself to the look of Fantastic Mr. Fox, I sat back and enjoyed the deliciously awkward dialogue, delivered well by Clooney, Streep and Jason Schwartzman.

Go watch Mr. Fox and see what I mean. Then sit in bed and watch Dal Wolf’s The Meatgrinder Show, a little-seen web series that nonetheless elicits more than a few chuckles with a ratty orange puppet.