Despite its novel approach to sexuality in space, Voyagers barely manages not to bore completely. C- 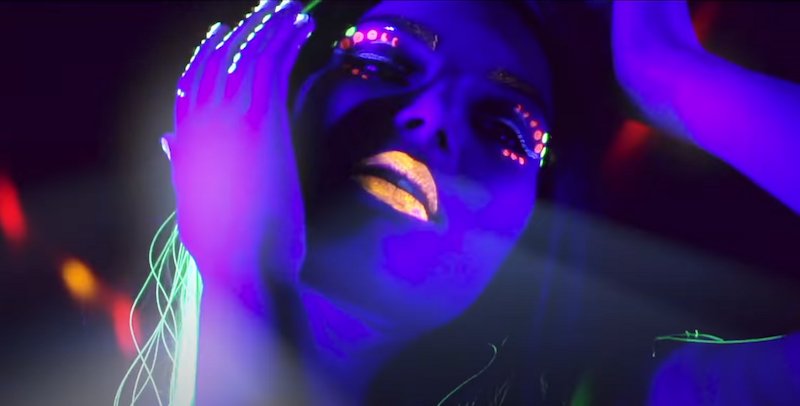 Voyagers is a sci-film with a dynamite presence, one that it squanders by making almost every wrong choice. Written and directed by Neil Burger, whose resume is filled with mediocre fare like Limitless, Divergent and The Upside, Voyagers has a high-concept set-up so promising that I could see it forming the basis of a years-long TV series.

Voyagers comes out Friday, in theaters. In the later part of the 21st century, Earth is doomed, but humanity has discovered a new planet to colonize. The downside? Getting to the new planet will take more than 80 years. So the idea is to make the journey a multi-generational one: Kids are trained in science and space travel, they make the trip, and they'll ultimately couple off and sire children. Some time after those children have their own children, the ship will reach the new planet. The main trainer of the kids (Colin Farrell) joined them on the journey—he won’t live to see the new planet, but neither will any of them.

But Voyagers is consistently ponderous, visually pedestrian, and poorly-acted, while lifting nearly all of its main ideas from Lord of the Flies, 2001: A Space Odyssey, Alien, and the "Monsters Are Due on Maple Drive" episode of The Twilight Zone. It's not based on a YA novel, but feels like it was. Most of the action takes place about 10 years into the mission, when the first generation of kids are all around 20. The people on the ship start to resist what they've been told, leading to lots of horniness, and eventually even more violence. Also in the mix is the threat of aliens who may or may not be imaginary. It's a coed Lord of the Flies, essentially, with the loss of adult supervision leading to disaster.

What's mind-boggling is that the stakes are massively huge—the future of humanity depends on these people surviving and not killing one another. But the film never reaches a level of gravitas. The score by Trevor Gureckis, meanwhile, is particularly irritating. Another big problem is the cast. The hero (Tye Sheridan, from Ready Player One) is boring and the villain (Fionn Whitehead) practically an evil cartoon. Isaac Hempstead Wright (Bran from Game of Thrones) has a nothing role, and Lily-Rose Depp plays the female lead, who's barely a character.

The only time the film lives up to its promise is during the brief section once the characters realize what's going on and rebel, including their belated discovery of sexuality. But from that point forward it’s a dull space movie. Even the most mediocre entries in the genre can be tolerable provided the ship and starscapes look cool, but Voyagers can’t even manage that.