Letting Go of "Let It Go" 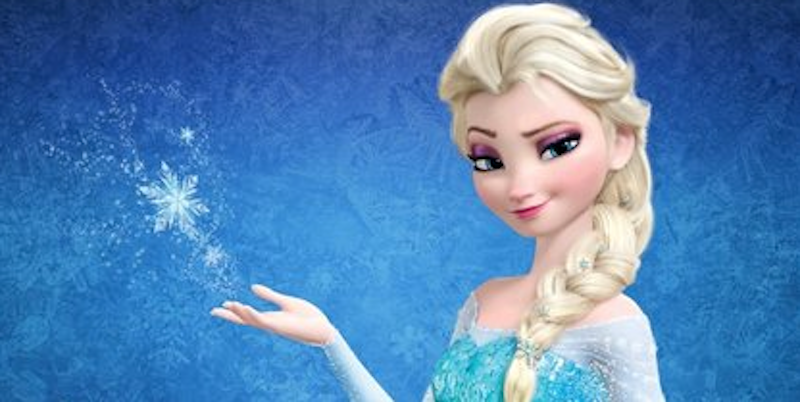 If you have kids and/or are a Disney fan, there's a good chance that the song "Let It Go" is playing. In your car. On your kid's iPod. On the TV, because they're watching Frozen again. In your brain.

I don't know what is so addictive/annoying/mind-penetrating about this song. I’ll admit to liking the song. Embarrassing. I have not gotten to the "shutdown" stage on it yet—meaning if it comes on the radio in the car (see also: "Wrecking Ball," "Blurred Lines," “Roar” et al), I don’t immediately turn it off. Yet.

Here are some strategies to help weather the storm, whether the cold bothers you anyway or not as the song plays repeatedly in our collective minds.

1. Tell kids who Idina Menzel is. She was a wicked witch (Elphaba) from Broadway before she was an animated frozen princess (Elsa) from Disney. The girl has pipes. Make your kids listen to “Defy Gravity,” which is quite similar in theme to “Let It Go,” and is therefore essentially like a hipster-esque less-mainstream version.

2. Share with kids the fun fact about John Travolta’s mispronunciation of Menzel’s name at the Oscars. Though it was pretty remarkable how quickly “Adela Dazeem” had a Twitter account thanking Jorn Tromolto—the real singer let it go pretty quickly when the real Danny from Grease apologized.

3. Watch this guy sing it in 21 Disney character voices, because it’s astonishing.

4. Watch this dad’s version of being totally sick of the song. He nails it.

5. Hell, here are all 24 covers if you really want to get it out of your system.

6. Learn all the words. Sometimes when a song is forced into our parental existence, the best thing to do is play it over and over—to the point where the kids ask to turn it off. Have it begin playing every time they get in the car. Make it their idea that we’re all sick of it.

7. Sing it, loudly. Kids hate hearing their parents sing. Nothing like belting out “BE THE GOOD GIRL YOU ALWAYS HAVE TO BE” at the top of your lungs in front of a car full of middle school girls if you never want to hear the song again.

8. Along the same lines of the “oversaturation” strategy: ask questions about the song when it’s over. What do you think fractiles are? If your soul is frozen, how can it spiral? Is the past really in the past, or does it live on in our memories? Who was that perfect girl, and where did she go?

9. Most importantly: conceal, don’t feel. This lyric perfectly represents how Disney handles its obsession with parental death in animated features.

10.  Fuck it. Just turn it off and make the kids listen to your favorite 80s band instead. Why should these kids get to pick the music?