The How I Met Your Mother Finale Was Awful

But Dexter's pretty much unwatchable. 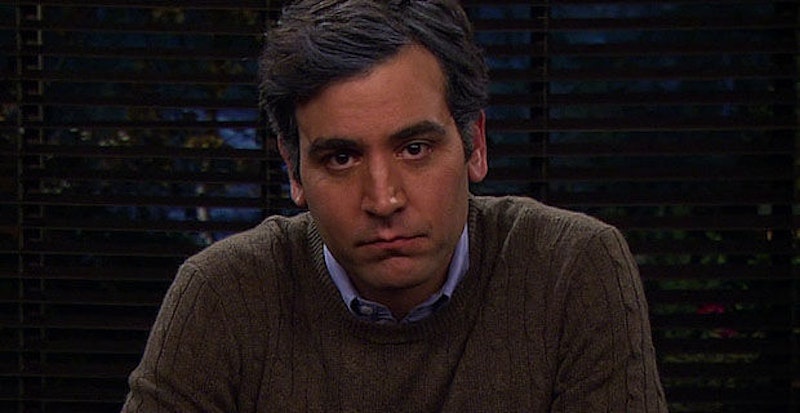 At this point, I'm a little too late to rag on last week's How I Met Your Mother finale, and I'm not sure how much I could add to the tonnage of hate found on blogs, fan sites, comment boards, Twitter, etc. I was only a casual fan of the show, introduced to it a few years after it first aired, watching reruns after work. I finally marathoned the first four or five seasons last summer, but I’ve no idea at this point if I've seen all the episodes or not, and—like other major network sitcoms that are on heavy rerun rotation, say, Friends or Just Shoot Me—I have no intention of finding out. That's not because the finale was so awful, it's because the show was rarely as good as the hype around it.

If you want a breakdown of why the finale was so bad, I'll direct you to Alan Sepinwall's two excellent write-ups from this past week (here and here), but I'd rather talk about a question that came up on Wednesday's installment of the Firewall & Iceberg Podcast, when Sepinwall and Dan Fienberg answered a fan who asked, "Who had the worst final season, and final episode: Dexter or How I Met Your Mother?" As Sepinwall says:

I would say that HIMYM had the worse final season which is weird because there are a couple of episodes, notably "How Your Mother Met Me," that are much better than anything in the Dexter final season, but... the finale and the last few episodes really kind of sours me now on HIMYM as a whole and it's going to make it much more complicated to go back and watch early episodes.

Fienberg agrees, suggesting that Dexter was never a "destination oriented show," and that the HIMYM finale sort of "invalidated" the whole point of watching for nine years, though he admits that they're both examples of shows that dragged on for far too long—"neither one ended with any particular authority."

Still, I think there's an important genre difference here. As a sitcom, even one constructed around a long-form premise—"Kids, I'm going to tell you an incredible story. The story of how I met your mother..."—HIMYM is still very much episodic television; I can't really think of a sitcom that isn't. Yes, there's character development throughout, but as a sitcom HIMYM is fundamentally about laughs-per-minute (whether you think the show is really all that funny is a whole other question). Sitcoms are basically easy. I can watch a couple random episodes of How I Met Your Mother—and no doubt will next time I see it on—without worrying about how bad the finale was, because every episode is just another one-off, and all it has to really do is make me laugh. Dexter, however, like most network dramas, operated in season-long arcs and it's hard to think I could enjoyably watch, say, season three episode six—was that the Jimmy Smits season?—if only because I'd have basically no idea what the hell was going on.

More to the point, though I can't recommend either show, I’d actively dissuade anyone from watching Dexter. The show ran eight seasons and Fienberg says the last two or three were really bad, though I'd say pretty much everything after season two is unwatchable. The finale—with Deb's death and the hurricane and lumberjack Dexter—was just the last turd on the shit pile, if you will. HIMYM just provokes a shrug—"Yeah, if you've got nothing else to watch, it's okay." And that's all it has to be.