Sharp Stick should be great, but it cuts an inch deep and goes nowhere. 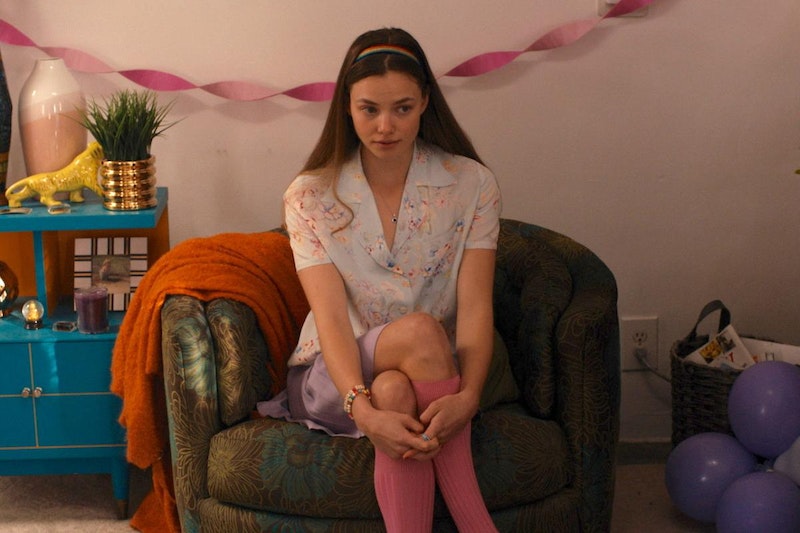 Where’s Lena? Besides an all too brief appearance as a Manson girl in Once Upon a Time in Hollywood, and Camping, her gone-in-a-second television follow-up to Girls, it feels like Lena Dunham went away for a few years. She’s remained prolific—a serialized novel via Vogue, producing and directing an episode of Industry, an appearance in Sia’s Music—but the greener days of grinning and savoring every second “#LenaDunham” was trending on Twitter are gone. Lena Dunham did something bad again :). As much as Dunham’s regular gaffes made her look like the Millennial Joe Biden, the press often deliberately misinterpreted and misrepresented her. And from minute one there were people from every direction criticizing her no matter what she did. Girls was a brilliant and perverse series that will, as its protagonist suspected in its first episode, be remembered as a generational touchtone, its character “a voice of a generation.”

Sharp Stick, Dunham’s first feature film since 2010’s Tiny Furniture, follows a pair of sisters (Kristine Froseth and Taylour Paige) and their mother (Jennifer Jason Leigh) leading a customized life, living together and sharing drugs. They laugh more than they argue, and while Paige’s Treina works retail, Froseth’s Sarah Jo is a nanny. At the moment, she’s working for Josh and Heather (Jon Bernthal and Dunham), reasonably wealthy parents in Los Angeles. Heather isn’t home much, but we see plenty of Josh. He and Sarah Jo flirt before she breaks down his remarkably weak will and takes her virginity, her goal from the beginning. At 26, she’s off to a late start, and Josh handles all of this information with the exasperation of a teenage boy. Naturally, this middle-aged man’s need for a nut is eventually caught by Heather (never give your nanny your wife’s jewelry, especially if you’re fucking).

But it’s just okay. I don’t know what Dunham wanted to do here, because other than a routine study of a virgin’s awkward stumble into sexual activity, Sharp Stick has nothing, and even that familiar story is told in such a halting and dull manner to tame all excitement. I want Dunham to fill up my mind with all that she knows about the darkest and brightest spots of her sexual neuroses, one of the prime wells she’s drawn from her entire career. Sharp Stick feels like a movie she could’ve made in 2010 or 2011, not 2022. While writing it in 2020, Dunham was going through 1970s dramas by Paul Mazursky and Alan Rudolph, and even though I don’t like An Unmarried Woman, Jill Clayburgh’s performance was as novel at the time as Dunham’s own Hannah Horvath was in 2012. Sharp Stick could’ve been written and directed by any number of people, and that’s one of the worst things I could say about an artist whose work I’ve loved for years.