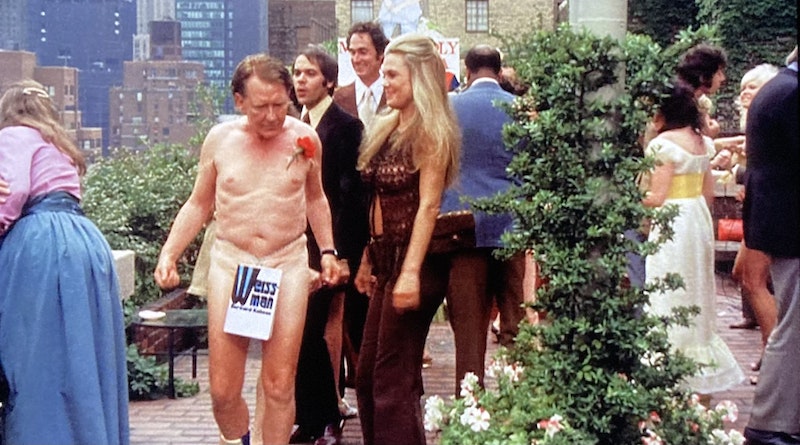 Combing through movies made by directors at the end of their careers, especially Classic Hollywood directors, is often just as exhausting and unfulfilling as crate digging in a record store. Looking for lost treasure leaves you digging through a lot of dirt: there’s little redeeming in Billy Wilder’s Fedora (1978), an inert reunion with William Holden, although it has its partisans, just as others champion the back half work of Peter Bogdanovich, Sam Peckinpah, Woody Allen, Sidney Lumet, and Clint Eastwood. It becomes muddy after 1970, once the Hollywood monoform expanded and allowed filmmakers much more freedom. One can tell the films of John Huston, John Ford, and Howard Hawks apart, but their grammar, and those of Hollywood before 1970, are so much closer together than films today.

The later work of studio system directors is usually the most interesting because the multi-generation gaps are so extreme that they can produce uniquely strange films. Wilder’s Fedora is boring and uninspired, but it has a great joke with big, white, Mickey Mouse gloves that immediately recalls Wilder’s greatest work, where it would’ve belonged. This is the only funny thing in Fedora. Huston’s Fat City, from 1972, is the most successful “new picture by an old director,” an astonishing film that feels New Hollywood in every way. The same year, Huston released The Life and Times of Judge Roy Bean, a more crude “new” Western that nonetheless came out of a system that had been going for decades. Fat City, from its incredible performances by Susan Tyrrell, Stacy Keach, and Jeff Bridges, to its music, cinematography, and title cards, is a 1970s movie—it still feels modern.

Film grammar changed so much from 1960 to 1970 that bizarre byproducts like Otto Preminger’s Such Good Friends were inevitable. Written by Elaine May under a pseudonym and released in 1971, Such Good Friends stars Dyan Cannon as a bored, mean, impatient, selfish, and stupid rich Manhattan housewife. Within the first two minutes of the movie, her black maid fails to answer the phone within two rings and she whispers to herself, “Why did they ever abolish slavery?” Her husband goes to the hospital for a routine surgery that ends up putting him into a coma. A team of doctors led by James Coco begin pumping him full of new blood, then discovering an allergy to that blood, and refilling him with entirely new blood, all while speaking in harsh, cold tones to Cannon, who’s equally indifferent to the imminent death of her husband.

No one in Such Good Friends cares about anyone or anything. They operate on base pleasures—food, sex, drugs, entertainment—but remain unhappy, and more importantly, hostile and aggressive. Such Good Friends violates every cliche about “having no one to root for” and “spending time with such unpleasant people.” I don’t think you can make a strong argument that the actions of the characters in Such Good Friends are entirely realistic; it’s their words and how they express themselves that are funny, rude and refreshingly direct. When you watch hundreds of movies a year, something as unrelentingly dark as this is real fresh air.

But it’s still a counterculture film made by a director on his last legs (Preminger would direct two more films). It’s not as embarrassing as 1968’s Skidoo—which I kind of like, especially for its final scenes featuring the title song by Harry Nilsson—and until Cannon’s somewhat soapy final monologue, it’s as modern a script as Fat City is a modern film. Given how uptight even the best Preminger films usually are, Such Good Friends is even more confounding. When people rave about Fedora, this is what I think they’re seeing. I never expected to find good 1970s comedy from Old Otto.

More recent in ceaselessly bleak films about hopelessly damaged people is 2009’s Observe and Report, a comedy with far more supporters, one I re-watched over the weekend for the first time since its spring 2009 release. When I saw it at the Harbor East Landmark, it did strike me as far darker than anything Seth Rogen had been in up to that point, right in the middle of a decade where he showed up, wrote, and/or acted in more than a dozen studio comedies. The 40-Year-Old Virgin, Knocked Up, Superbad, and Pineapple Express all marked their time and inspired imitators just like the runs of Adam Sandler, Jim Carrey, and Eddie Murphy in decades past. Observe and Report has a close companion in Ben Stiller’s The Cable Guy, starring Jim Carrey as a psychopath cable guy terrorizing Matthew Broderick. Not the worst crime in the world, but it was trashed at the time and bombed because people couldn’t believe Carrey would dare to make them feel anything but deliriously stupid and funny.

For whatever reason, minds were more open to Rogen and his group’s comedy. Observe and Report is not a late-period film, nor one that mixes old and new film grammar in bizarre ways. But I don’t think it’s been properly praised yet as being the most prescient American film of the 2000s. No other work of art predicted the fascist man baby cop that regularly makes the news killing people on the street (or in schools). Not even Clint Eastwood’s later films about the putrid decomposition of the American Dream can compare to the brutality of Observe and Report, where a boy is raised without a father, still lives with his mother, works in a mall, can’t talk to anyone, and dreams about the power he never had and feels he earned at birth.

Jody Hill’s film is brilliant moment to moment, and frequently chilling, but no scene combines the two more than Rogen’s mother, played by Celia Weston, trying to reassure him with a cliche-ridden speech. Rogen asks, “…really?” She shrugs and says, “I dunno, I just think that’s some shit they say in the movies during moments like this. You know?” The same actor played the Incredible Hulk’s mother in Ang Lee’s 2003 film, earnestly delivering the same speech. In Observe and Report, its use is more than an easy movie joke, but a revelation: that is how millions of people operate, repeating phrases, stories, and cliches they heard in movies in very serious situations. When you live in an environment as mentally un-stimulating and generally hostile as this, what else can you expect but psychopathy and bipolar disorder? Right: an induction into the Police Academy. Observe and Report ends with Rogen at a firing range. With three shots, we’re delivered back to the title: OBSERVE AND REPORT, a title so touchy in Germany it had to be changed to King of the Shopping Mall. This situation hasn’t changed since 2009. Where will we end up with Rogen behind the thin blue line?