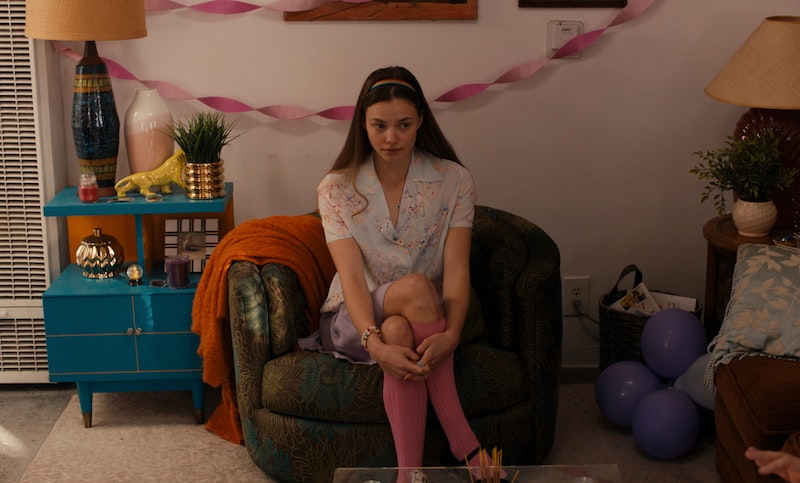 Actress and filmmaker Lena Dunham started out resented as a daughter of privilege who got to create a TV series at a young age, and remained resented for a wide variety of public faux pas large and small. (Google the phrase "Lena Dunham apologizes" for some of the highlights; also, the "Controversies" section of her Wikipedia page consists of 10 paragraphs and more than 40 footnotes.) However, overshadowed in all of the controversies was that Dunham was always talented. Her first movie, the mumblecore-era drama Tiny Furniture, was good, and her HBO show Girls, for all the loathing it inspired, was great more often than not. It was a show with a unique visual style that knew exactly what it was, and had something to say about the millennial generation beyond both the mockery or the defensiveness that so many people saw in it.

Now, Dunham is back with Sharp Stick, her first feature film as director in over a decade, this one set in Los Angeles. Like her past work, it's audacious, sexually forward, and has a voice. The shame is that voice makes no sense. Sharp Stick stars Kristine Froseth as Sarah Jo, a virginal 26-year-old woman who as the film begins recently underwent a hysterectomy due to endometriosis (as Dunham did.) Working as a babysitter for a married couple (Jon Bernthal and Dunham), she's soon enmeshed in a torrid affair with her boss, a goofball househusband. He’s played capably by Bernthal, who’s been fantastic in so many things in the last year or so, starting with very different parts on the streaming shows The Bear and We Own This City.

Sex Appeal, Plan B, and other movies made for Hulu by the American High production company have taken a positive approach to sexuality. These films specifically depict sexual desire by young woman, often of the queer variety, as something healthy. Sharp Stick is different. I'm wrong in calling Sarah Jo a teen character, even if she seems like one. She’s 26 (played by a 25-year-old), but looks much younger and behaves even younger than that. Many early viewers of the film concluded that the character is implicitly on the autism spectrum, or that she was originally written as such before that element was dropped.

That theory seemed to be confirmed around the time of Sundance with another, very on-brand Dunham controversy. One woman, described as an autism sexuality advocate, came forward and claimed that Dunham had approached her to consult on the movie, with the idea that the main character was on the spectrum before Dunham ended up dropping the autism part. Screenwriters have been known to refrain from giving a character a specific autism diagnosis, in order to not box themselves in. But in this film, the producers have vocally stated that the character is not neurodivergent. The problem with this character is, if she's not on the spectrum, she makes no sense. Among other things, how did she reach age 26 knowing nothing about sex, when she lives with a mother (Jennifer Jason Leigh) who constantly talks about her ex-lovers’ penises?

Dunham has mis-stepped here, in a different way from how she typically missteps. But Sharp Stick is more a fascinating failure than a completely worthless one.