Emily the Criminal is based on a great idea, and it executes that idea flawlessly. 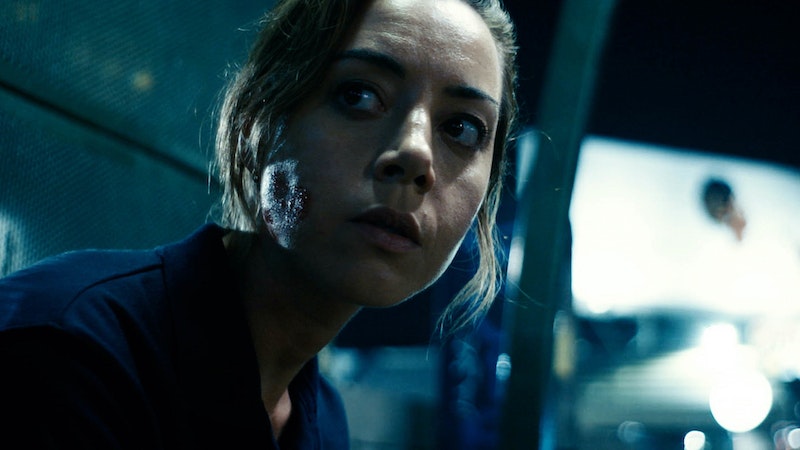 Emily the Criminal, an acclaimed festival movie landing in theaters this week, is based on a great idea, and it executes that idea flawlessly. Directed by John Patton Ford, it offers a twist on a familiar plot—the kind that somewhat resembles the origin stories of a lot of people. We've seen plenty of movies and shows, most prominently Breaking Bad, in which a novice criminal battles experienced underworld types, and prevails a large amount of the time. But the difference here is the inclusion of social commentary.

Aubrey Plaza, who also produced the film, plays the Emily, a struggling woman in her 30s who hasn't figured out how to make it as an adult, working a series of dead-end jobs. It's also established repeatedly that the straight, legit working world doesn't really have a place for Emily. Her long-ago arrests for DUI and aggravated assault don't help, but any above-board work opportunity either involves being treated horribly by a boss, paid little money, or—in the case of a promising-sounding internship in her preferred film—offered an unpaid internship.

Emily gets involved with the Los Angeles underworld, first with a series of credit card scams. Throughout, this mostly inexperienced criminal holds her own against some scary people, and she does it without a gun (she uses a taser as her weapon). Emily hails from Bayonne, N.J., which the film seems to treat as a built-in advantage when it comes to petty crime. The relatively low-budget film makes its money go a long way, and the filmmaking is much more coherent than that of Netflix's The Gray Man, which likely cost about 100 times more to make. Emily the Criminal recalls the claustrophobic work of Josh and Benny Safdie.

Aubrey Plaza has been a dynamic performer for a long time. She's best known from the long-running sitcom Parks & Recreation, as well as a long stretch of indie movies, often playing a character with a dark side (most notably in Ingrid Goes West in 2017 and Black Bear in 2020).

This may be her best on-screen role, as a character who's not particularly nice or sympathetic, but nonetheless holds the attention, as someone who's in almost every shot of the movie. Plaza has only had a handful of starring movie roles, but her turn in Emily the Criminal indicates she should get a lot more of them.

This film is doesn't spell things out. It’s clear what's really going on, but a lesser film likely would’ve had characters give direct speeches about how the minimum wage is too low.