The clarity of anhedonia. 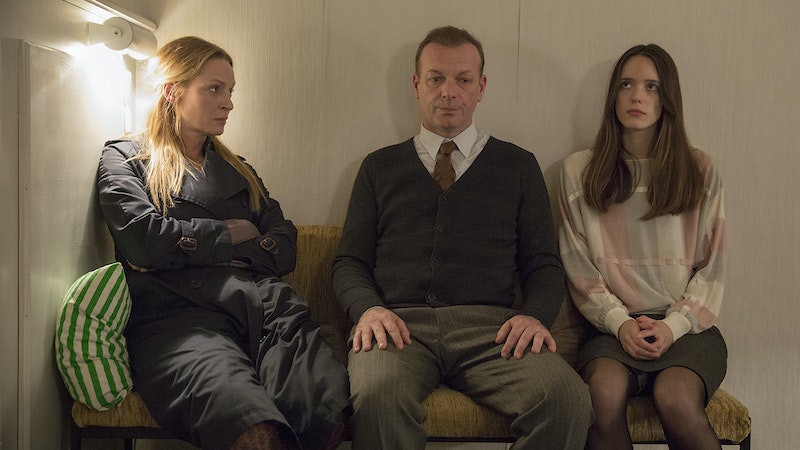 If you go into Lars Von Trier’s Nymphomaniac expecting hot sex or suave eroticism, consider that it’s the final installment in his “Depression” trilogy (preceded by Antichrist and Melancholia). After watching the movie and being blown away, I started scanning for reviews, discussion, and commentary, and stopped because it was bogging me down and making me second guess myself for enjoying it so much. When I was younger, I’d follow the drawn out promotional campaigns for movies I was excited to see: I must’ve watched the Kill Bill Vol. 2 QuickTime trailer on the Apple website hundreds of times in the month before it was released, 10 years ago this past week. But when a brilliant trailer or an intriguing premise doesn’t lead to an equally good movie, it’s disappointing, and weirdly makes me resent the movie itself (Milk and Her had amazing trailers and both ended up as let-downs) so I’ve stopped seeking out trailers and set leaks and pre-release interviews because going into a movie cold guarantees you’ll judge it on its own terms with a clear head. Nymphomaniac has been in the public consciousness since the summer of 2012 when Shia LaBeouf was boasting about working with such a challenging and “scary” director.

This is not a celebration of sex, love, or anything in between. It’s misanthropic to the core like most of Von Trier’s movies. You were expecting Eat Pray Love? LVT doesn’t pander, or sedate and comfort his audience. But Nymphomaniac isn’t even that graphic, and there’s far more time spent talking and digressing into philosophical tangents than fucking. The setup is simple Canterbury Tales style: Joe (Charlotte Gainsbourg) is found beaten, bloodied, and covered in piss in a snowy alley outside the apartment of Seligman (Stellan Skarsgård), a bookworm who takes Joe in after she refuses an ambulance and they end up talking all night over tea, as Joe recounts her life as a self-described nymphomaniac. The root of her insatiable sexuality is vaguely suggested by the clichéd “cold, distant mother” and a father she adores, but her punishing need for sex might as well have been spontaneous. Nymphomaniac is not about pleasure but anhedonia, the complete absence of pleasure. Vol. 1 ends with a distressed Joe crying out from under LaBeouf, “I can’t feel anything!” In Joe’s words, her “cunt simply went numb,” and she goes on to whip herself with a cold, wet towel just to revive any sensation.

There’s one section in particular that is enormously stupid and troll-like: “The Dangerous Men,” when Joe looks out her swanky loft window and spies four black construction workers and hires an interpreter to ask them if they’ll fuck her. She ends up in a hotel with two of them, and Von Trier lingers on what he thinks is an extremely provocative image: Joe’s face framed by two black erections. The two men argue and nothing ends up happening and we move on without much consequence. Whether referring to interracial sex as “dangerous” was an intentional poke in the eye or cultural dissonance, it only gives ammunition to those who say LVT is a dumb, misogynistic and racist. I don’t doubt many of his artistic decisions are mean-spirited and come from a place of hate or disgust, or feeling out of sync with way other people see the world. When it’s sloppy and underdeveloped, it’s empty trolling. There’s also the problem of LVT using women as martyrs to the reality he despises so much and makes him so depressed, although they are always the greatest source of light and love in a cold, cruel world (Nicole Kidman in Dogville, Bjork in Dancer in the Dark, Kirsten Dunst in Melancholia).

Nymphomaniac is about chasing a high that can never be recaptured, or seeking a satisfaction in life that doesn’t exist, and sex/masturbation as a joyless, awkward, and painful necessity. It’s more grounded and human than the shallow and boring Blue is the Warmest Color, a movie devoid of novel ideas other than excellently shot and extremely graphic and drawn out lesbian sex scenes, with the most exhausted and rote sort of relationship trajectory between the two main characters that makes it no different than any standard romcom, except add French hipsters and a deflating aimlessness.

Nymphomaniac isn’t nearly as explicit: there’s penetration, there’re erections, but it’s basically a dialogue between Seligman and Joe with academic digressions and comparisons to things like the Golden Ratio, the Fibonacci Sequence, fly fishing, musical intervals, and religious symbolism. There’s a somber, solemn and reflective feeling, as Joe continues to insist that she’s a horrible person who has sinned and left a lot of collateral damage in her wake (Uma Thurman delivers an incredible performance as the wife of one of Joe’s suitors, who brings her three children to Joe’s apartment and makes the most gloriously uncomfortable and devastating scene, insisting her children see “the whoring bed,” leaving with a guttural, animalistic scream of pure pain). Seligman always tries to allay her own self-hate, convincingly out of compassion, until the end of Vol. 2, which reframes all four hours and is the sort of poke in the eye by LVT that succeeds 100 percent. Those four hours fly by—Nymphomaniac is an engrossing and hypnotizing film, with the perspective of someone at the end of a long road who’s lost a lot and sees with a clarity what the world is like after that first high.