Karen and other compromised “ripped from the headlines” movies. 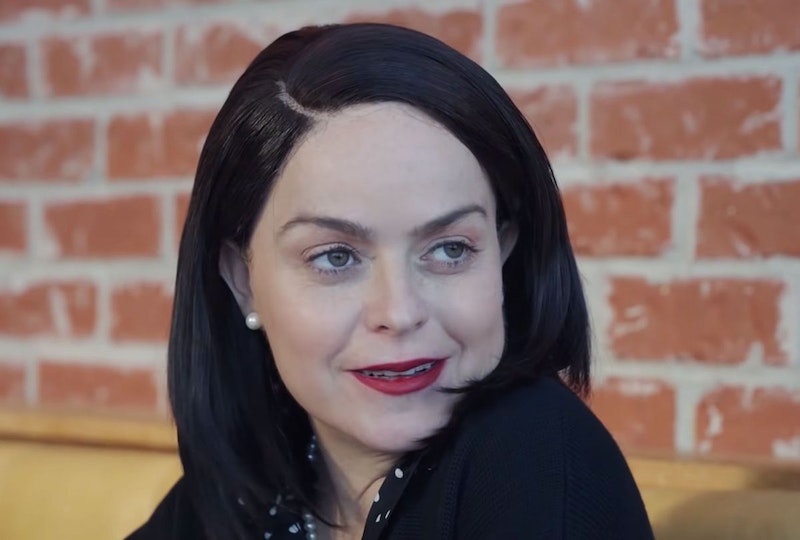 I’m still not sure why so many people react so violently against movies or television shows based on or inspired by memes. In 2017, The Emoji Movie infuriated almost everyone, particularly critics and regular moviegoers. For some reason, making a movie about emojis was a sign that things had gone terribly wrong somewhere along the way, and that we were already living in Mike Judge’s Idiocracy, a movie as dated as Kelly Reichardt’s Old Joy for its smug point of view. Maybe The Emoji Movie smacked of MAGA and Donald Trump; perhaps it was possible to earnestly enjoy it, but it had to be ironic, as people told me repeatedly. I thought The Emoji Movie was the most startling and profound American film about technology, consciousness, and spirituality since 2001’s A.I.: Artificial Intelligence and Vanilla Sky. The Emoji Movie asked questions that remain relevant.

There’s a spate of “woke” horror movies coming out soon, including Bodies Bodies Bodies, whose poster screams “THIS IS NOT A SAFE SPACE” above the much smaller title. They/Them, a slasher starring Kevin Bacon set at an LGBTQ conversion camp, is streaming now exclusively on Peacock, which means no one will watch it even if they want to. Prevented from indulging in yet another horrible Bacon movie (there isn’t a worse working actor in America today), I remembered seeing a trailer for something called Karen over a year ago. It came out in some theaters in this country last September, so that trailer must’ve gone online in the summer. I know that was the most attention the movie ever got.

Written and directed by Coke Daniels, Karen stars Taryn Manning in the title role as an openly racist upper middle-class mom in suburban Atlanta. A Black couple move in next to her, and she immediately puts up cameras facing their house, spying on them, dumping trash on their lawn, calling the cops on the husband smoking a joint in his driveway. She spies on them having sex and throws her own daughter to the ground when the latter tries to befriend the wife (she confides in her that she has a platonic elementary school boyfriend who’s Black, and her mom can never know). Naturally, Karen’s brother is a hard-headed cop, and her dead husband was killed by a Black spree killer.

Like 2020’s abysmal Promising Young Woman, Karen was “ripped from the headlines” and released within a year of the white woman “Karen” meme proliferating. But even Emerald Fennell’s film had a technical standard that Karen can’t match: it’s close to unwatchable, mostly because of the awful script and terrible performances from everyone except Manning, who deserves to play a crazy serial killer mom in a better movie. Get her in Scream 7! But more than the movie’s laughable incompetence and amateurishness (Chekhov’s Ethiopian swords?), any pointed commentary about entitled and racist white women in positions of power isn’t just undermined by the film’s neat and clean ending, where everything is explained in such detail that the preceding film seems unnecessary. It’s a film that ends with its own pitch.

It’s easy to kick a bad movie, and Karen has no defenders, but it made me think about how many movies from 50 years ago ask questions that will never be irrelevant. Sam Peckinpah’s Straw Dogs should be seen by all liberals and self-proclaimed pacifists; Bernardo Bertolucci’s Last Tango in Paris remains the most charged erotic drama; and Nicolas Roeg’s Bad Timing has yet to be surpassed in its analysis of the darkest corners of heterosexual relationships, beyond its dazzling cinematic language. These films get enough praise, but they still illustrate how castrated cinema is and has been for a long time. A film industry obsessed with appearing “inclusive” and “safe” will never make any lasting work of art; everything is a compromise.