Lookin’ to Get Out is the best of the New Hollywood's unfocused and drug-fueled “messes.” 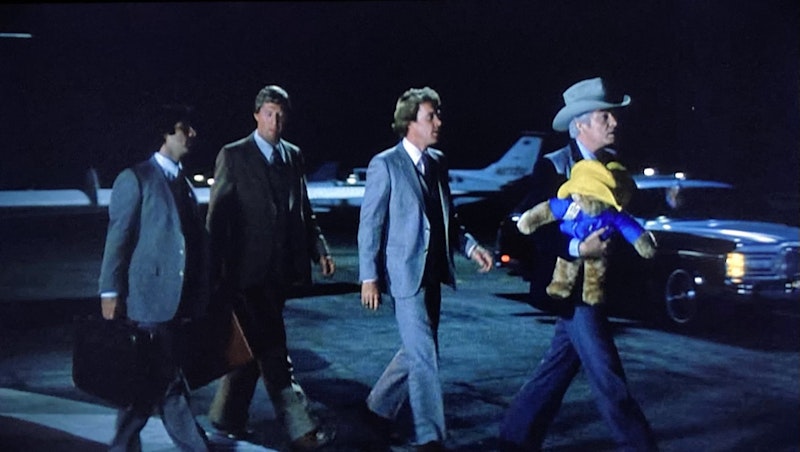 Nearly every director of the 1970s New Hollywood ended the decade, or started the 1980s, with massive bombs. Some took their Come to Jesus moments better than others: Peter Bogdanovich had three flops three years in a row, and despite the artistic success of Saint Jack and They All Laughed, brilliant films, nobody saw them. The string of Daisy Miller, At Long Last Love, and Nickelodeon drained all the clout he gained from The Last Picture Show, What’s Up Doc?, and Paper Moon—besides, by his own admission, he was an “arrogant prick” who was constantly in tabloids on television with his beautiful and famous girlfriend Cybill Shepherd. Bogdanovich had the steepest fall, but even Martin Scorsese and Steven Spielberg whiffed with New York, New York and 1941; Francis Ford Coppola was able to pull off Apocalypse Now, but never topped it, and One from the Heart tanked; without the patronage of Alan Ladd, Jr., Robert Altman had to film plays for a decade.

Hal Ashby’s failure is particularly sad, because if he hadn’t died prematurely of cancer in 1988, I think he could’ve recovered and kept making movies. Ashby “only” had to come back from a drug addiction and a bad professional reputation, whereas Bogdanovich was completely traumatized by the murder of his girlfriend Dorothy Stratten in 1981 and had a lot more to overcome, if he ever did. The last movie that Ashby is still known for is 1979’s Being There, a fine film that isn’t dated by stale Baby Boomer politics or uncanny resemblances to Donald Trump’s election. His 1982 film, Lookin’ to Get Out, has the same feeling as so many of these New Hollywood cocaine movies: unfocused, overlong, largely improvised, with a tremendous attention to detail paid to production design, lighting, and flashy camera movements at the expense of the characters, the story, and the film’s forward momentum.

Lookin’ to Get Out stars Jon Voigt as Alex Kovac, a familiar type of motormouth hustler that’s extremely loyal, doesn’t know when to stop, and in way over his head all of the time. Kovac and partner “Jerry” (Burt Young) escape from New York to Las Vegas when they owe a couple of violent goons $10,000. After conning their way into a “full comp” suite with Young posing as “Jerry Feldman,” the duo try to parlay what money they have into a winning blackjack game that’ll cover their debts and make them rich. Bert Remsen shows up at the Vegas hotel as a waiter with a bad gambling habit, but he wins half a million dollars with the two stooges in the film’s most riveting section, and then dies of a heart attack.

Of course he faked it, in on the con with the manager of the hotel who just wants Voigt and Young gone. Lookin’ to Get Out is a great gambling movie for that blackjack sequence, although it’s not as moving or multi-faceted as Altman’s California Split, or as exciting and superbly crafted as the Safdie Brothers’ Uncut Gems. I’m sure Voigt’s performance on this movie was a major influence on Adam Sandler and the Safdie Brothers, and it should be more known: this is Voigt at his best, explosive, funny, and so free. Kovac is hopped up and aggressive, but he’s not an idiot like Elliott Gould or a depressive like George Segal in California Split, and he makes out okay in the end as opposed to Sandler in Uncut Gems.

Burt Young is even more fascinating, playing someone close to Lennie from Of Mice and Men. His “Jerry Feldman” is constantly trailing off, always looking lost and confused—without someone like Kovac, he’d be wandering the sidewalks somewhere with glassy eyes and nowhere to go. Haskell Wexler shot the movie, and while it looks gorgeous, this is still a coke-soaked movie that isn’t as disciplined or as coherent as it should be. It’s no Personal Best, Robert Towne’s directorial debut disaster, but it has the same slightly empty, airy, unfinished feeling. Johnny Mandel’s score is hardly used, and there’s barely any incidental or diegetic music in the movie, leaving a lot of the film pretty quiet and understated. It’s a thin line between wistfulness and boredom, but among these hyper-indulgent New Hollywood “messes,” Lookin’ to Get Out isn’t one to skip. This isn’t a curio, but one of the best movies made about gambling and a certain type of hustler that, one hopes, you only know from the movies.