Mary Elizabeth Winstead stars in Kate, an international spy thriller in the vein of Atomic Blonde. 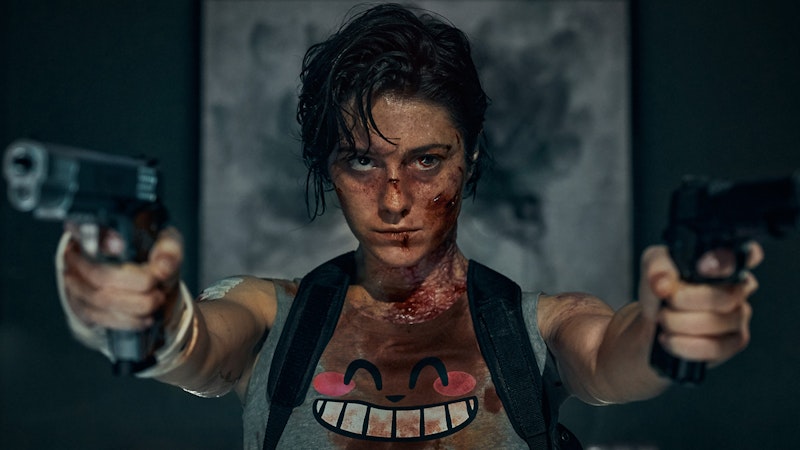 Focus Features, the same company that produced Atomic Blonde, are behind Netflix’s Kate, staring Mary Elizabeth Winstead. Filmed entirely in Japan, the two movies have many similarities as spy thrillers, though Kate has an interesting twist: early on Winstead’s Kate is poisoned, a slow poison though, so with maybe less than 24 hours to live, she vows to get revenge on the Yakuza leader who ordered the hit on her. Along the way she picks up Ani (Miku Patricia Martineau) the leader’s niece first as a bargaining chip, then to protect her, and then as an ally.

Kate shares the same aesthetic at Atomic Blonde in that the fight scenes all realistic. There are no Scarlett Johansson or Michelle Yeoh fight scenes choreographed as some form of martial arts dance. Instead, the movie asks, how would an in-shape female spy go up against (multiple!) men who are bigger, have more upper body strength and have the numbers.

The answer is that she’d use skill over strength. But also all the strength she has. The result is a John Wick-like series of brutal fights, much more compelling and engaging than any Avengers or X-Men CGI monster fight. Because the character Kate uses “street’’ fighting and self-defense techniques, she’s less idealized, and more human.

Winstead most recently and recognizably appeared at Batwoman in Harley Quinn: Birds of Prey. She’s no Charlize Theron, but who is? She’s solid, her Kate is strong, but not headstrong, with a more human side than John Wick—she shows some feelings, and at the start of the movie she even expresses interest in getting out of the “business” to lead a normal life. Kate could be the spy from the 1990 French spy movie La Femme Nikita (directed by Luc Besson and starring Anne Parillaud) after she’s had almost all the human trained out of her. I could imagine that the original script might’ve written for a male lead, which would’ve been less interesting.

Woody Harrelson, in what could’ve been a bland supporting role as Kate’s trainer and handler, with okay lines, becomes vibrant, and it’s with his facial expressions: he’s always moving his eyes and jaw to wring every bit of anger and frustration from what he’s saying. His character, Varrick, knows more of the big picture of this Yakuza underworld in Tokyo than he’s telling Kate and, like in La Femme Nikita, she begins to chafe at her dependence on him.

Besides Winstead and Harrelson, almost all of the cast is Japanese, and if there’s one flaw of this movie, it’s that they all embody clichéd Japanese movie characters: Yakuza gangsters, and the teen niece Ani is portrayed as an almost anime comic book girl. A samurai sword makes an appearance. Still, the sets of nighttime Tokyo are wild and noir-ish, Blade Runner-esque. Though almost all in English, this is essentially an “international” film for Westerners, with Winstead and Harrelson on board to bring in a bigger audience. Netflix suffers from a lack of good movies, but this is a brutal fast-moving jewel.