Cry Macho is another poignant film from the 91-year-old Eastwood, who once again directs and stars. B+ 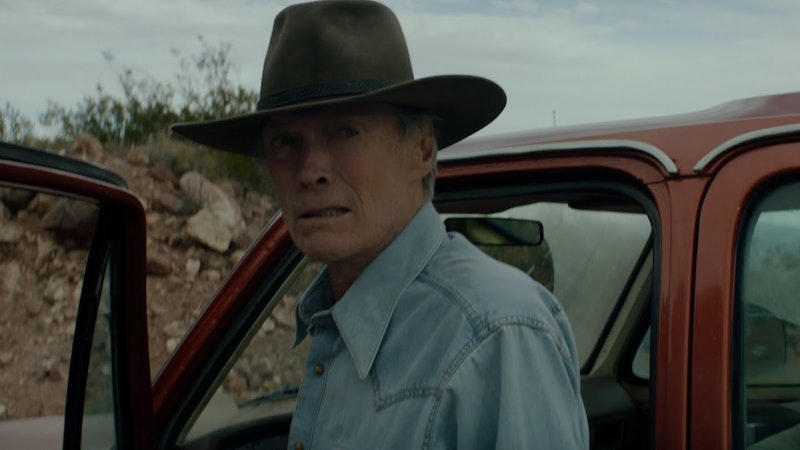 Clint Eastwood, 91, steps both behind and in front of the camera again with this week's Cry Macho, a poignant film that once again explores many of the themes familiar from his earlier work. The film debuts Friday in theaters and on HBO Max. I'm not the first to notice this, but it's incredible that in 1992 Eastwood made Unforgiven, which was widely seen as a revisionist career summation that functioned as commentary on his decades of making traditional Westerns. And now almost 30 years later, he's still directing, still starring, and still adding to that commentary, again with a Western.

Cry Macho has been in the works even longer than Unforgiven. It's an ancient script, based on a 1975 novel by Richard Nash, and eyed for a movie adaptation for nearly its entire life. Eastwood almost made it himself in the late-1980s.

The film was nearly made in the early-2000s, with Arnold Schwarzenegger in the lead role, although those plans were scuttled when he was elected governor of California, and again when he had a love-child scandal. It's circled back to Eastwood, isn't the only 91-year-old involved, as The Godfather's Al Ruddy is the producer.

While set in the late-70s, Cry Macho is a timeless story. Eastwood plays Mike Milo, a sometime rodeo star who has faced decades of tragedy, all spelled out in an early expository monologue. His wife and child died in an accident, a fall from a horse ended his riding career and kicked off a pill addiction, and he's just been fired from his job as a ranch hand.

However, the slippery boss of the ranch has another job: to go to Mexico and retrieve his 16-year-old son, who's been there for years with his mother. The boss is played by country singer-turned-actor Dwight Yoakam, who never got the acting career bump he should’ve from his chillingly evil turn as the villain in Sling Blade, 25 years ago.

The bulk of the film is a road movie, as Eastwood finds the teenager (Eduardo Minett) and they embark on a long journey back to the border. They're joined by a rooster, whose name is Macho, and the trio is chased by henchmen of the boy's mother. Along the way, they visit various Mexican towns, including one in which they fleetingly find the family for which both men had been searching.

In addition to an unsubtle metaphor for traditional masculinity, Macho the rooster functions not unlike an animal sidekick in a Pixar movie: He's mostly there to be silently loyal to the hero, but occasionally he'll physically intervene to save their ass in a pinch. Just as in Gran Torino in 2008, it's Eastwood acting opposite a kid of color, with whom he eventually bonds. A conversation near the end is the key, as Eastwood gets a monologue about how "that macho stuff is overrated."

There are a few holes in the plot. If I were sending someone on a dangerous mission to Mexico to retrieve my son, I probably wouldn't turn to the guy I just fired because he couldn't cut it as a ranch hand, even if he wasn't 91. It's not clear how the ex-wife ended up with unlimited wealth, but you'd think she'd be able to find a henchman who could at least manage to win a fight with a rooster. And in this movie's version of 1970s Mexico, it’s a stated custom that anyone can take any car they want at any time, without needing to return it.