Joy Bryant Is Not To Be Trusted

Not by you, not by anyone. 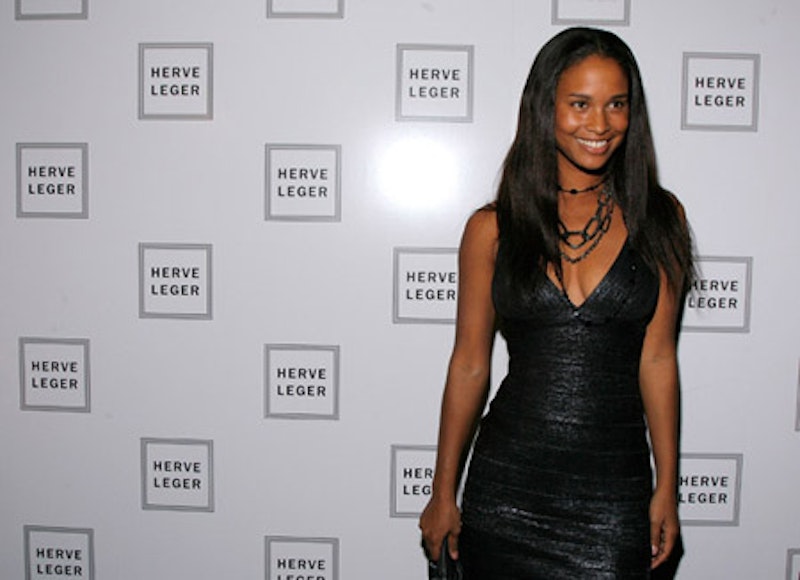 Have you seen Welcome Home, Roscoe Jenkins? I have, a few times, and I enjoy it despite myself, because on a conscious level I understand Roscoe Jenkins to be a) a hokey reaffirmation of the idea that everything that’s wrong with the person you become as an adult can be rectified by returning to the place you grew up, b) a celebration of racial stereotypes and racial stereotyping, and c) a crap Martin Lawrence comedy co-starring non-hacks who know better. It was on again last night as I was falling asleep, and I suddenly—and finally—realized that Roscoe Jenkins was where I’d seen Joy Bryant before.

In the movie, Bryant plays Lawrence’s wife, a lean, yoga-practicing hard-ass and former Survivor contestant who, at key junctures, lapses into Survivor lingo that makes no sense in the civilized world. She is meant to be emblematic of how far removed Lawrence’s character is from his down-South/down-home roots, and she’s loathsome for pretty much the entire movie. Cast perfectly, Bryant, an ex-model in her mid-30s, has the sort of face you want to fling a 7-11 Slurpee into; it’s a face that seems to project a vaguely serene, impenetrable barrier, a bland neutrality, a winning, All-American emptiness. Those eyes are set a bit too close together; the smile’s a mite too wide; the air of girl-next-door approachability is commingled with a cosmopolitan standoffishness that suggests that one could live or work with Bryant for three lifetimes and never really know her. I could be trapped with Bryant on an imploding Cybertron, and divulging some long-held secret could provide her with a way for us to escape, and knowing all that I still might not feel comfortable sharing this life-saving information with her. The woman radiates menace, and her Roscoe Jenkins role fit her like a glove.

On the first season of Parenthood, Bryant surfaced as Jasmine, an ex of music-producer stoner-slacker Crosby (Dax Shepherd) and the mother of a son, Jabbar, he hadn’t known about. She plays the character—a vaguely bohemian non-exotic dancer—as a coyly cool minx, the kind of woman who evades an embrace by taking your hand, twirling away, and ultimately drawing you to her; there are head tilts and eye bats and mid-speech pauses that are probably meant to signal a teasing or saucy mien. Taken together, Bryant-as-Jasmine’s manner and body language feel like alarms, and the producers might as well introduce blinking CGI arrows that read “man-eater” or “femme fatale” when her character is onscreen. At points, this season and last, where Jasmine and Crosby’s relationship has hit the rocks—squabbles over whether Crosby or Jasmine’s mother will watch Jabbar, over Jasmine traveling the world with a dance company—I’ve found myself waiting, needing Jasmine’s inherently secretive, duplicitous side to fully show itself, for the woman to shed her model-gorgeous façade to stand revealed as an alien Brood creature or Freddy Kruger’s half sister or something. But it never happens; whatever rift or tiff is at hand is magically resolved, and Bryant-as-Jasmine is once again, unconvincingly, the best thing that’s ever happened to Crosby, pretty much the worst role she could’ve ever possibly been cast to play.