The debate over climate change is hemmed in by unapologetic fearmongers and the viciously ignorant. 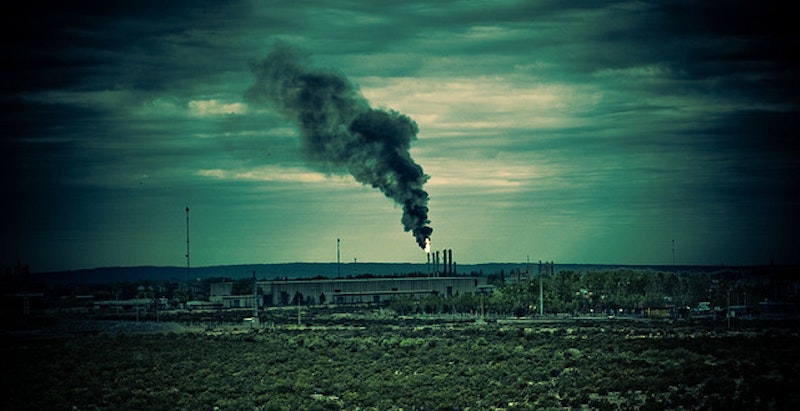 Al Gore is a wonk—for a politician. But politicians aren’t real wonks. They’re doughy, be-suited wonk wannabes; plodding poseurs with pasteboard and tinsel craniums. When politician wonks go to the think tank locker rooms, the real wonks snicker and tape “Kick Me!” to the backs of their slide rules.

Cool It is the revenge of the real wonk—specifically of Bjorn Lomborg, author, statistician, environmentalist and native of Denmark, where they take their wonks seriously. Lomborg’s controversial thesis in Cool It (first floated in his 2001 book The Skeptical Environmentalist) is, essentially, that Gore and his ilk are full of hooey. Global warming will not cause the apocalypse in the foreseeable future, and the effort to frighten people into lowering carbon emissions is disingenuous and misguided.

Lomborg doesn’t deny that global warming is occurring and that it is a serious long-term problem. Instead, he notes that doomsday scenarios (20 ft. sea level rise! Devastating hurricanes once a week!) are overblown, and that the efforts to drastically reduce greenhouse gases through legislative caps are ineffectual. Instead, he argues we should funnel the massive amounts of money it would take to lower temperatures by a fraction of a degree over the course of a century into more productive ventures. He suggests, for example, developing renewable energy resources and fighting poverty, malaria, and other scourges in the developing world.

Cool It has more ambitions than merely setting the record straight on global warming, though. One of the talking heads that Cool It drops on the unsuspecting viewer notes with the slightly condescending chuckle of the large-brained that Gore’s film, An Inconvenient Truth, was a “great piece of propaganda.” No doubt it was. So is this. Cool It uses, in fact, many of the same hagiographic tactics as its more famous predecessor. We see Bjorn biking healthily through Denmark, chatting earnestly with impoverished children in third world nations, and puncturing bloviating politicians with his rapier wit. We get porn-movie close-ups of his book as voiceovers speak sternly of its controversial and brave counter-intuitiveness. The movie even trots out Lomborg’s Alzheimer-afflicted mother for a few scenes—because nothing adds depth to a wonk’s character like a little family tragedy.

Bjorn may be a bouncing boy genius, but he’s not the only one. The movie has enough reverence for contrarians to spread its shining pixie dust all across the wonkosphere, breathlessly rushing from a plan to cool the world’s cities by painting them white to a plan to cool the earth by spraying particulate matter into the stratosphere by balloon to a plan to turn algae into fuel, and on and on. Economists will tell us what to invest in and researchers teleologically deliver the goods. “The solution is us!” one scientist proclaims. And by “us” he doesn’t mean you and me, child. He means the wonks.

The wonks always think the solution is them, of course. Leave it to wonks and they’ll reason and invent and statistic until our problems are all solved. Of course, one could argue that many of our problems were caused by wonks in the first place. World Bank economists are not generally hailed as saviors in the developing world; the technological miracle of massive irrigation projects has in many places intensified water crises; the massive population boom enabled by modernization in Africa pushed humans into forested areas where, it seems likely, they came in contact with the simian-born HIV virus. Advances can have unintended consequences. But so what? As one cantankerous bearded fellow notes, you may not trust the wonks, but you don’t have a better solution do you?  Unless you do, he sneers, “Don’t stop me!”

As it happens, I don’t have any particular desire to stop Angry Bearded Guy. I agree with the film that politicians are largely useless. To the best I’ve been able to determine from doing a moderate amount of research on the topic over the years, global warming really is not an imminent millenarian threat. Lomborg’s suggestions—stop scaring people; stop calling for useless individual actions like replacing light bulbs, invest money wisely—all seem reasonable.

But I wish we could agree to those solutions without engaging in rampant wonkolatry. Because the fact is, wonks are as stupid, as duplicitous, and as self-impressed as the rest of us—a fact this movie inadvertently demonstrates quite clearly. The end isn’t nigh, but neither should we necessarily put our faith in the convenient development of timely techno miracles. And you know what you call a wonk who wants your trust? A politician.