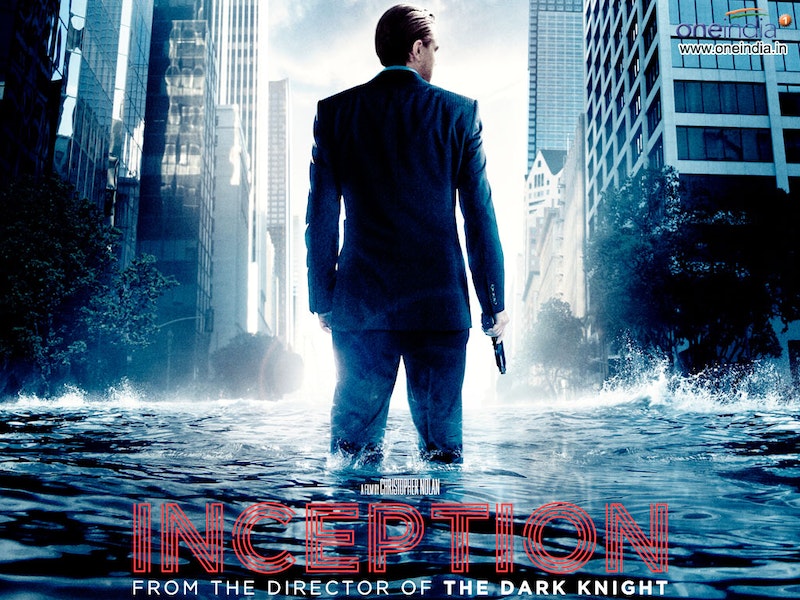 At this point, everyone and their favorite bum on the corner have written about Christopher Nolan’s Inception. I won’t waste time with a plot summary; Google it if you’re lost. People love it or hate it, and the hype now surrounding the film has only amplified that divide. There’s been much said about Nolan’s dream worlds, either they’re dazzling and brilliant or linear and non-dreamlike. That the film has a philosophical bent to it has ruffled the feathers of countless pretentious film critics, who are seemingly unable to enjoy an action movie for what it is.

Nolan’s film runs at a quick clip, and never really slows down, right up until its absurdly unsatisfying ending. For a film that’s two and a half hours long, it feels much shorter, and unlike Nolan’s previous film The Dark Knight (one of the most overrated films of the past 10 years), there’s not much fat to cut out; everything in Inception feels essential. Many have complained about the film’s reliance on expository dialogue, and I won’t defend Nolan’s writing. Characters explain and tell each other things they already know throughout the film, and you really start to notice it around 90-minute mark. But given that the film’s concept is complex and potentially impossible to understand, I can’t knock Nolan too hard. The logic of his dream world checks out upon first viewing, and it is clear that the director has spent a great deal of time molding the story and its rules into shape.

Inception is not a bloated, illogical Michael Bay imitation; but it’s certainly not a mind-blowing philosophical sci-fi masterpiece. I went into Inception expecting an action movie with an interesting conceptual bent, and I got exactly that. It’s a viscerally exciting and entertaining action movie, and it’s not that confusing. Nolan isn’t the super genius that some say he is (Ain’t it Cool News, I’m looking straight at you), and the film is no deeper than The Sorcerer’s Apprentice or Dinner for Schmucks. Ultimately, Inception is a lean, fast, good-looking and entertaining movie, competently written and produced by a good filmmaker. As summer movies go, it’s top tier.