Michael Almereyda’s biopic is disjointed, but so was its subject. 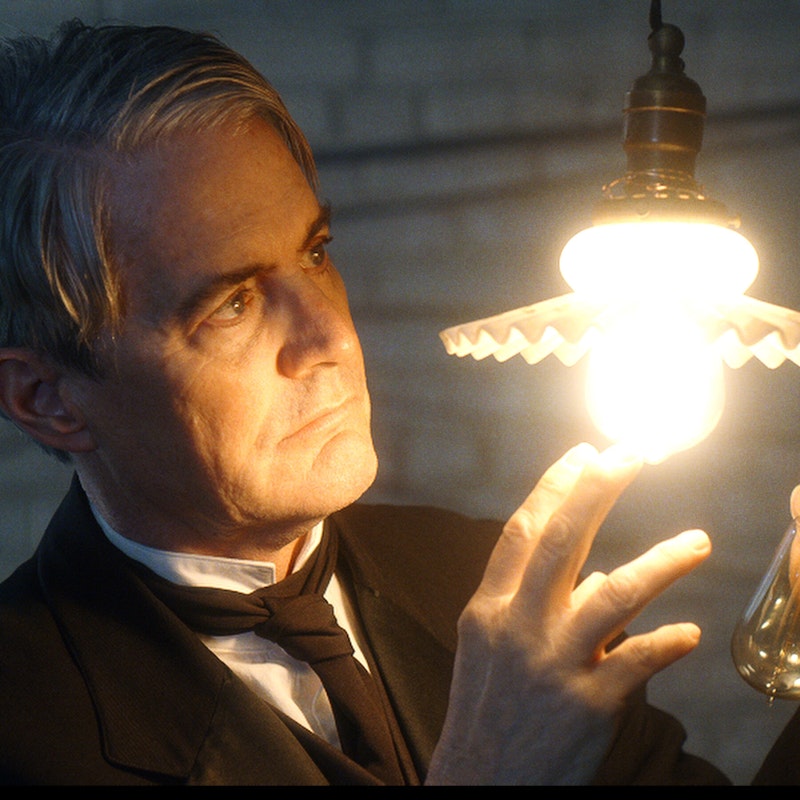 Nikola Tesla is lately a favorite in the fiction world. Movies, television, comic books and video games have all attempted to capture the (up until recently, obscure) Serbian-born inventor. These adaptations are usually science-fiction based, containing less than believable portrayals of Tesla.

When Michael Almereyda’s biopic was released, it flew under the radar, denied a standard theater run by the pandemic. Ethan Hawke stars as Tesla, and the film is his second collaboration with Almereyda; the first was Hamlet (2000). Hawke is joined by Eve Hewson as Anne Morgan and Kyle MacLachlan as Thomas Edison, the latter also appeared with Hawke in Hamlet. The performances are stellar, and the film sticks to history. Tesla is as a razor-sharp inventor, though he doesn’t value anything besides his own work. Edison is the enterprising, confident innovator, and Anne Morgan is a caring person but is aware that her career will take her places far away from the world of inventors. This is convincing, until Edison pulls out an iPhone in the background, and Tesla shoves an ice cream cone into his chest.

Tesla turns strange quickly and doesn’t turn back. Morgan serves as the story’s narrator, and it’s clear she’s playing an omniscient version of herself, who also somehow exists in present day. This is a trick commonly used in films, but this unconventional narrative bleeds over into the story’s “present day,” around the start of the 20th century. The fourth wall is broken frequently, and we see technology blatantly used that didn’t exist until roughly 100 years later. Morgan will often chime in to remind the viewer that something they saw didn’t happen or did happen in the way the viewer saw it.

These choices invoke dream-like imagery, and this is further exacerbated by uncommon production techniques for a film made last year. Early in the film, after Tesla and Edison part ways, Tesla is shown in a montage struggling with his inventions and moving to New York. Instead of a standard film montage, Almereyda shows Tesla walking in front of a moving backdrop on which the viewer can clearly see Hawke’s shadow cast. These choices lead to difficult-to-follow plot points and a protagonist that comes across as strange and out of place.

The inventor’s exploits are obscured as the line between historical drama and speculative fiction is blurred. What may surprise viewers is that some of these events are real, and Almereyda’s choice to make the viewer question these is intentional. Around the film’s climax, Tesla claims at his Colorado facility (clearly made with miniatures) that he may be able to receive transmissions from Mars, which he really did. Tesla erratically begins to claim that other inventors constantly used his patents, which he really did.

Tesla spent much of his adult life in fancy New York hotels, where he insisted on rehabilitating injured birds. He also left these hotels with unpaid bills. He never married, claiming his lack of a sex life allowed him to work harder. He often gave interviews where he’d make ridiculous claims, including that he never slept more than two hours a night.

As the film winds down, it takes a few more strides into obscurity. Just as things get very strange, the narrator wraps it up, and explains that Tesla’s relative obscurity for years led to some of his inventions and patents being lost. We’re reminded that this film may not have made perfect sense, but much of Tesla himself didn’t make sense either.