Upstream Color Is an Inspiration To Mad Genius 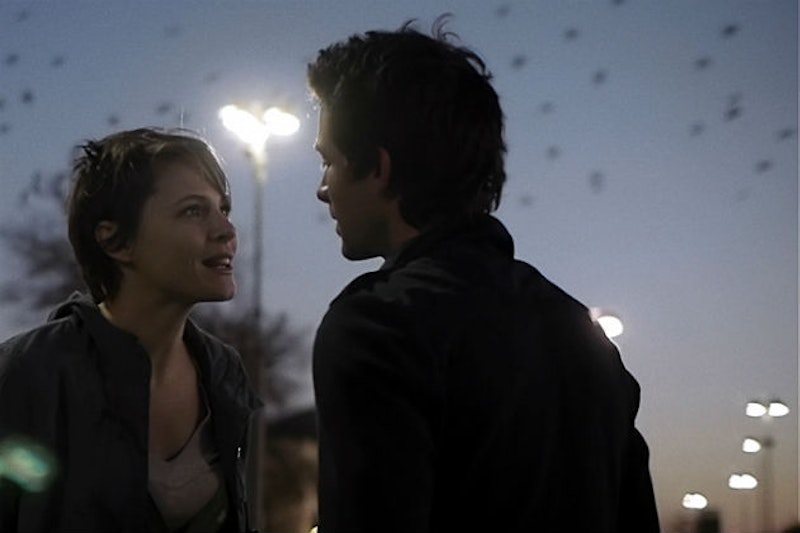 Shane Carruth’s Upstream Color is the kind of movie you decide where you stand on it 20 minutes in, and you’ll either walk out, or sit there quietly, looking puzzled, like someone pinched you on the butt. It’s not obvious what this movie is about after two viewings, and a lot of people won’t accept being dominated by a movie like this. Upstream Color is jarring, bold, and beautiful—the best moviegoing experiences set your brain on fire, and leave you feeling completely sublime, eager to find someone to talk about it.

The previews at my screening: a movie about the son of French painter Pierre Auguste-Renoir, where muscled, tan, oily men on a shitty boat battle and try to overcome aggressive sharks and whales, and a Swiss romantic comedy with Pierce Brosnan. Whatever weird cross section of independent-ish cinema that is, they’re all bound to specific ways of making a movie, templates for anonymous drone screenwriters to fill in and pump out. As far as I can tell, Upstream Color is a kinetic, hypnotizing allegory about addiction and abuse, and how those cycles are broken. Allowing for incoherence here, as four or five viewings are really required to let everything find its right place.

Slug line: a film editor, Kris, is drugged and kidnapped by an anonymous man known as “The Thief.” He’s controlled by a sort of worm/parasite that he passes onto Kris, stealing her money out of the bank and leaving her to wake up traumatized and stabbing herself to get the worm out. She meets a man on the train, who also is infected with the parasite. They get together and experience time in a jumbled up, simultaneous way as they try and figure out what happened and what’s controlling them. All of this sounds so sci-fi, but it’s all intimated through the cutting and serene, psychedelic shots of worms crawling thru muscle and pollen exploding in water. Nothing cheesy about the high concept weirdness of Upstream Color. The whole thing is beautiful, despite the sterile, insurance commercial look of the cinematography.

Many things are at play here, and that’s why Carruth’s film is exemplary, because if nothing else, it leaves you feeling torrid and spent, like the world’s greatest massage (or colonic). It’s not unreasonable to hope that films that try and do as much as Upstream Color can sit alongside Iron Men 3 and Star Trek in a quarter of the multiplex, because it will leave you feeling totally jizzed about everything else—about other movies, about the music you love, it will get you going. Seeing a bad movie, not even poorly made, but with no heart, no imagination, can be an actively depressing experience, really quite draining. You think there’s nowhere left to go, nothing left to say, no one wants to hear it anyway. But Upstream Color is so good it’ll shoot you out of the theater wanting to make a movie of mad genius on your own.