Miles Above the Pedestrian Land of Apatow 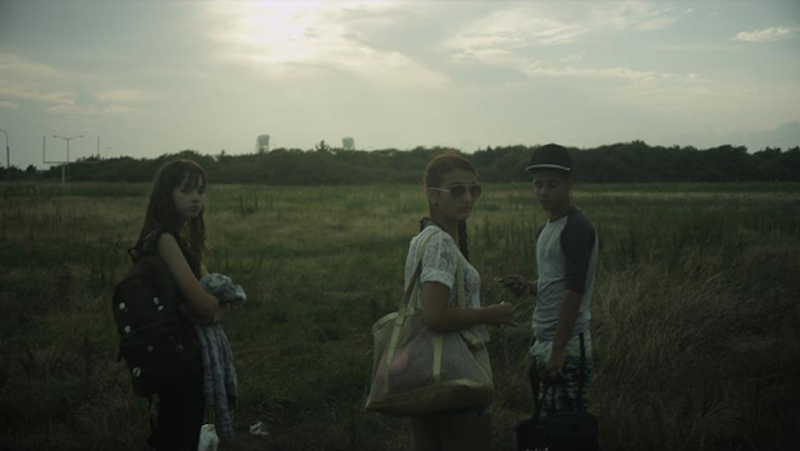 Eliza Hittman’s It Felt Like Love is a quiet, claustrophobic portrayal of early adolescence, when you’re dying to be older but very unprepared for what that actually entails. On the outskirts of Brooklyn, two 14-year-old friends Lila (Gina Piersanti) and Chiara (Giovanna Salimeni) are hanging out with boys for the first time, trying to fill a lonely summer loitering on the beach with boys who don’t care about them. Every boy treats these girls like crap—they beg and push for sex while refusing to commit and affirm their affection beyond fucking. They give ridiculous reasons—“You’ve been with more guys than I’ve been with girls, we need to become even”—but kids don’t know how they deserve to be treated. Lila brags to the boy next door that she got eaten out at the beach, adding that the boy needed practice, despite being a virgin. She tells a room of high schoolers that she likes having sex, “like, a lot a lot,” but when they take their shorts off and ask her to get on the ground, she has to go, her mom is in the hospital.

Hittman’s picture of the extreme, intense awkwardness of puberty and sexual politics between teenagers is unapologetic and matter-of-fact, and there are no graphic, exploitative sex scenes (the script was apparently tamed down to appease Piersanti’s mother). The whole thing is shot in extreme, obscuring close-ups, and the bodies of all the kids look like landscapes. Uneven applications of makeup, bathing suits that don’t fit, the oppressive quietness of sitting alone in your room in the middle of the summer with nothing to do. It Felt Like Love is gentle, roaring dully, about desperately seeking a connection with someone and leaving yourself open to be traumatized. Hittman’s tone is dead-on—no condescension, no contrivances.

Computer Chess (directed by Andrew Bujalski) is an equally bold experimental comedy about a computer chess-programming tournament in a dumpy hotel in the early 1980s, shot on period specific VHS equipment. The camera rig used makes everyone look like a ghost, and there’re a few hints that the whole thing takes place in purgatory or some kind of hell. Idiotic and power-hungry nitwits and nerds struggle with malfunctioning and sometimes sentient computers, take drugs, and avoid dopey new agers and swingers. A Sideshow Bob-esque character called Papageorge roams the hotel like a ghost, locked out of his room and so lacking in charm that his every move is met with crushing defiance from the universe.

There’s a lot of deadpan, awkward exchanges trying to pass for clever writing, but the improvised results have a few golden moments (“Hey man, we got the same colored eyes! Look at that.”), but the oblique voice of the film weakens its impact. Also, a lot of barely expounded upon symbolism (ghosts/fetuses in the machine, a single scene shot in color 16mm, a disappearing prostitute) that doesn’t fit with the rest of the movie’s silliness. But it’s far from a failed experiment—Computer Chess is several degrees more daring than anything out of Apatow land.