Ti West’s X is a boring, unimaginative cinematic equivalent of a Guitar Center cover of The Texas Chain Saw Massacre. 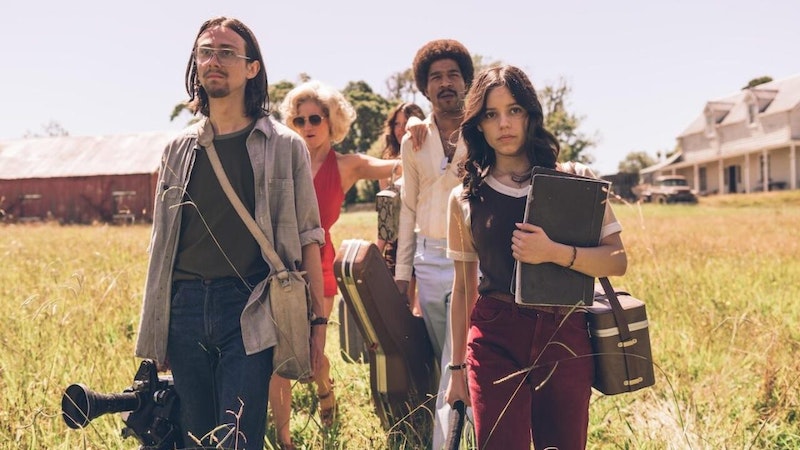 As the wave of “elevated horror” that’s clogged screens for the better part of a decade crests, a fresh spate of horror and subgenre homages have come right on cue—and none have come close to the meta-textual brilliance of Scream. Ari Aster, Robert Eggers, and Jennifer Kent are moving forward, while Edgar Wright and Ti West went backwards with their latest films: Wright’s Last Night in Soho was hyped as a “modern day giallo,” and despite Wright’s familiarity with the genre, it was anything but, and actually felt like a lousy early giallo: too much talking and stumbling around, not enough action, not enough sex, not enough kills. It was maddening, because Wright is a good filmmaker who gets too much shit, and it blows my mind how many people can’t stand Baby Driver. But he made the worst kind of film with Soho: boring.

Ti West’s X unfortunately follows, a spring disappointment to match Soho’s fall. I heard nothing but bad things about X, but it ended up a theater near me late at night, and there are far worse ways to spend an evening than in a lousy movie. Even more than Wright’s giallo riff, West’s X is a recreation of The Texas Chain Saw Massacre: essentially the same characters, setting and production design, and the scary old people in the house nobody should’ve ever gone in. Mia Goth stars as Maxine, an aspiring porn actress in 1979. She gets in a van with a bunch of like-minded performers and perverts and they look for a secluded house they can rent to shoot a dirty movie in. Naturally they rent the wrong house, with the hostile owner, and everything creepy and disgusting you expect from a situation like this.

Things play out as they do in The Texas Chain Saw Massacre: one by one the group is picked off, until only Maxine is left, the “final girl” who gets away in a pickup truck. X is the cinematic equivalent of a terrible, overheard Guitar Center cover of The Texas Chain Saw Massacre. West has nothing going on here, from the moribund pacing to the lack of tension, and onto the premise that scary, naked old people are anywhere on the level of Leatherface or any of his family. This couple (the wife Pearl is played by Mia Goth in extensive prosthetics) are covered in sores and already look dead, and towards the end there are extended scenes played for horror of them cuddling and trying to make love in bed. Beyond West’s pedestrian and anachronistic writing (“Hey man, stay in your lane!”), he shows no imagination when it comes to music, and the film includes two laughable song cues that derail everything: “Don’t Fear the Reaper” and “Landslide.” The latter, sung by the porno crew, isn’t played for laughs.

Jenna Ortega plays the sound person, and having seen her so recently in Scream 5, it made X’s faults clearer: this movie goes about as deep into “horror lore” as Stranger Things. It never works as a proper scary movie, the old people having sex is scary angle is beyond stupid, and unless you want to see a boring riff on The Texas Chain Saw Massacre with a dash of Boogie Nights thrown in, don’t bother—I wonder if the prequel that they’ve already shot (Pearl) will be any better.