Father Stu is an odd, interesting film, perhaps one of the only faith based movies that's also rated R. 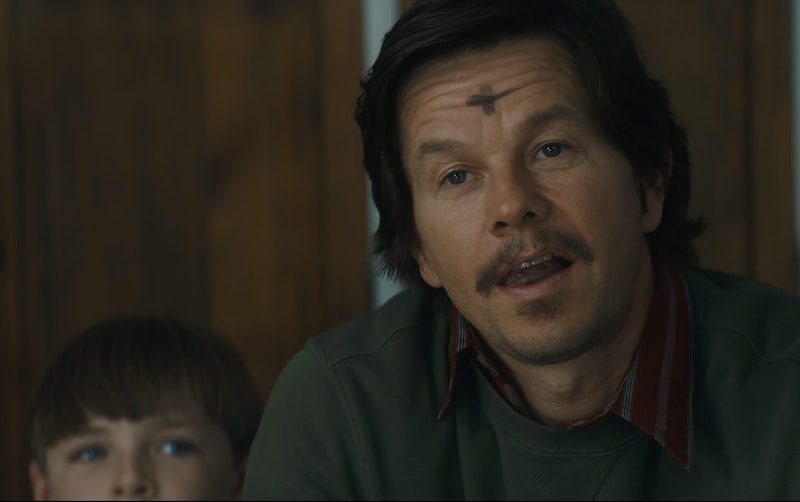 Father Stu is an odd duck of a film, the only faith-based film I can think of that’s also rated R. It’s a story of Catholic redemption that features the leading men of both Boogie Nights and Caligula, along with a sizable supporting role for Mel Gibson as an uncouth mean drunk.

It's structured oddly, but Father Stu allows leading man Mark Wahlberg to stretch. It also takes matters of belief and religious faith seriously, while not falling into the mean-spirited culture war hole occupied by so many movies in the faith-based genre. Produced by Wahlberg, who also put together the film’s financing, the film was written and directed by Gibson's longtime romantic partner Rosalind Ross. Father Stu tells the true story of Stuart Long, a boxer, aspiring actor, and frequent barroom brawl combatant who, after a bad accident in his 30s, found Catholicism and was eventually ordained as a priest. As a seminarian, he was diagnosed with an ALS-like disorder called inclusion body myositis, leading to his death at 50.

Wahlberg plays Stu through what seems like a 15-year period. He gets away from his usual accent to play the Montana-born Stu, and convincingly portrays the character's multiple transformations—both from a boxer and foul-mouthed hellraiser into an earnest man of God, and from a generally fit athlete into a much heavier man in the throes of a degenerative illness. Wahlberg sports a fit physique in the scenes where he's a boxer, and later gained weight to play the character in the throes of his illness.

Wahlberg is such a devout Catholic that he hosted an appearance by Pope Francis during the World Meeting of Families in Philadelphia in 2015, his past as Dirk Diggler notwithstanding. I give the film credit for its heartfelt engagement with issues of religious faith and obligation, while at the same time avoiding the more noxious tropes of the contemporary faith-based genre (i.e., God’s Not Dead, Assassin 33 A.D).

Much less successful is the performance by Mel Gibson as Stu's father, reuniting the father-son duo from Daddy's Home 2. Gibson plays a hateful, drunken coot. It's a sour performance leading up to an inevitable but not-especially-earned redemption arc, the sort of thing that Gran Torino was able to pull off but few of its imitators have.

I’m not among the critics who can’t stand to see Gibson in a movie or refuses to review his work. That said, the inclusion of a joke in which the idea of Stu becoming a priest is compared to "Hitler joining the ADL"—and having that joke come out of Gibson's mouth—wasn’t a good idea, and if you don't know why, Google "Mel Gibson" and "ADL." Gibson's presence in this film, and three others this year, represents a further confirmation that cancel culture is an overhyped myth.

Also ill-advised is a subplot in which a pre-priesthood Stu is first drawn to the church by a beautiful, devout woman (Teresa Ruiz), who he essentially stalks into submission, in the sort of plot best left back in the 1980s. Then, suddenly, his religious conversion casts her aside. Even a welcome part by Malcolm McDowell as head of the seminary depicts him as a vocal Stu skeptic until, in a sudden and shift, he changes his mind. And then there's Stu's seminary rival, a character who's coded in every way as a closeted gay man, but the film never lets that get beyond subtext.