Documenting the underbelly of gang life. 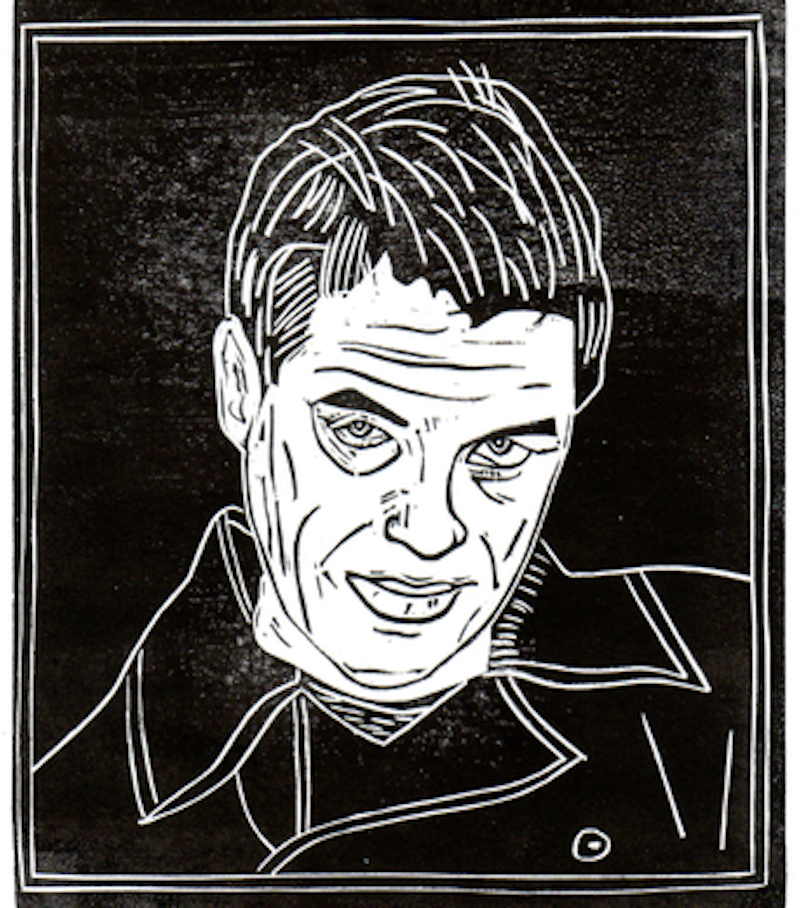 Filmmaker Tommy Sowards does not do soft and cuddly. As a graduate film student at UCLA he directed music videos in the emerging gangster rap genre. Sowards became friends with rapper Kurtis Blow, who introduced him to several members of the "Rollin' 20's" Bloods gang. Sowards spent the next decade documenting the underbelly of Los Angeles gang life. The resulting film Slippin: Ten Years With the Bloods offers a rare glimpse inside L.A.'s gang culture.

Sowards first met the gang in 1992, the same year as the L.A. riots. After an introductory phone conversation, he was told to wait at the corner of 56th & Western, a rough neighborhood. A rickety limousine pulled up and Sowards got into the backseat. Five gang members were “all flamed up” in red clothes and bandannas. Within seconds, several guns were pointed at Sowards’ head.  The young men wanted to know why he was interested in them. Was he a cop? Was he some sort of informant?

Sowards kept his cool. He calmly rolled a joint, took a long hit and passed it around the back seat. The gang members put away their guns and joined him in a ceremonial smoking of the peace pipe. Over the next six months, he hung out with the gang. They played basketball, drank 40’s, had barbecues and played cards. Sowards met the gang members’ girlfriends, their grandmothers, their babies. A trust developed and he was given a crash course in “the hood.” He learned the meaning of gang signs and how to discern between rival gang tags. He learned the cryptic slang unique to the Bloods.

Sowards told the gang of his desire to document their life on video in a non-judgmental fashion. The gang members agreed. Sowards traveled to Germany to obtain a small amount of funding. He put together a six-person German crew and by the middle of 1993 they were ready to begin shooting.

On the first day of production, a German still photographer quit on the spot. He wasn’t ready for the real-world intensity of the South L.A. streets. Sowards manned the main camera himself. He wanted to capture something real, something deeper than the after-school special sensibility of Boyz N’ The Hood.

The first part of the film covers the years 1993-1996. We get to know the lives of Dig Dug, Jumbo, KK, Low Down and Twerk. We watch as the men deal drugs out of their homes, explain their use of rap music and express their fascination and knowledge of a wide array of weapons. We see their preoccupation with killing and being killed. We also see funny moments as when Low Down takes a job as a “court summons deliverer.”

The men have no education, no structure, no functional family guidance. Their lives are insulated and hopeless. At one point, Dig Dug takes some of his gang money and hires a tutor to teach him to read. But this is a rare moment. Unlike Hollywood, there is little redemption or glory.

The emotional heart of the film occurs in April, 1993 when CK (“Crip Killer”) Lil’ Mike is killed by a rival gang. After Lil’ Mike’s death, the gang members begin questioning themselves.  They pour 40’s over Lil’ Mike’s grave wondering why they kill their own people, why they keep themselves down.

Sowards completed production in 2003. He approached Christopher Koefoed, the editor of Menace 2 Society. The two men cut 180 hours of footage down to a taut 84 minutes. The resulting documentary won Best Film at the Montenegro Film Festival. It played to packed audiences at the Tribeca Film Festival and ultimately screened on Showtime.

Some critics were offended that a white filmmaker had the nerve to make a first-person movie about black America. But Executive Producer Kurtis Blow (“Death Row Records”) and editor Koefoed (who is black) helped give the film street-cred among gangs. As Sowards said, “I’m just the white wall on a black tire.”

Slippin’ has since been shown at colleges, prisons, inner-city churches, rehab centers, police departments and army bases. Sowards went on to make documentaries about prison rehabilitation efforts for Latino gang members and the world of extreme martial art fighting. His new film is about Wallid Ismail, a legendary martial artist who pioneered competitive MMA fighting in Brazil.