A new article in GQ recounts how Warner Bros. and the film's producers nearly cast Tom Cruise and Madonna in the lead roles. Disastrous doesn't even begin to describe... 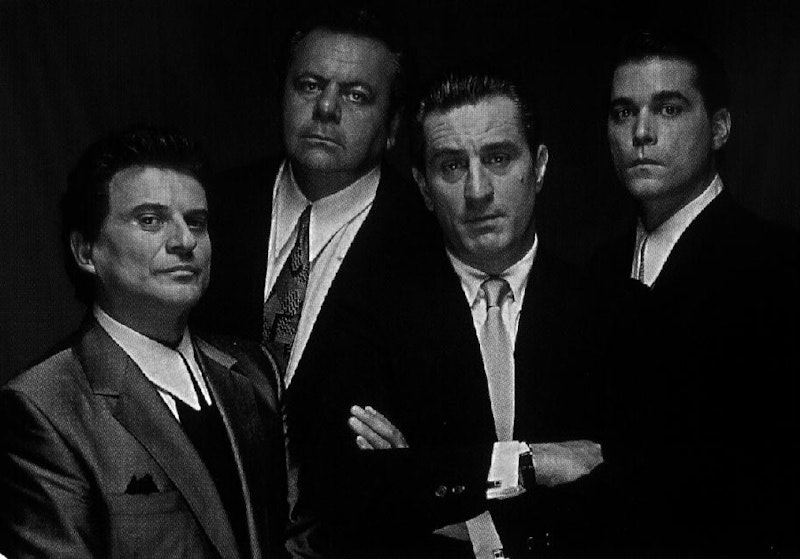 “I’m funny how, I mean funny like I’m a clown, I amuse you?” Joe Pesci’s Tommy DeVito famously asks in GoodFellas. “You said I'm funny. How the fuck am I funny, what the fuck is so funny about me? Tell me, tell me what's funny!”

And it might have come to pass, if a new article in GQ celebrating the Martin Scorsese film’s 20th anniversary is to be believed. In fact, not only did studio Warner Bros. and producers Irwin Winkler and Barbara De Fina reportedly want Cruise to play GoodFellas’ main man Henry Hill, they also discussed bringing on Madonna to play his wife.

“Tom Cruise was discussed,” Winkler tells GQ. “Marty wanted Ray [Liotta] ... Frankly I thought we could do a lot better and then me and my wife were having dinner one night in a restaurant and lo and behold, Ray Liotta came over to me. He said, ‘Look, I know you don’t really want me for it, but...’ And he sold me on the role right that evening. I called Marty the next morning.”

Meanwhile, according to De Fina, Lorraine Bracco won the role of Karen Hill only after convincing Scorsese that Madonna might not be his best bet. “Madonna seemed to be in the mix,” De Fina says. “I remember that we went to see her in the play Speed-the-Plow. Marty said hello to her afterwards. Can you imagine? Tom Cruise and Madonna? But Marty can get a performance out of almost anyone.”

The very concept of Cruise convincingly pistol-whipping a guy and hoovering up coke while Madonna tries to emote in the background is enough to send a shiver down the most stoic spine. Although Hollywood is littered with tales of roles famously turned down—Burt Reynolds passed on Cuckoo’s Nest, Dustin Hoffman walked away from Close Encounters, and a who’s who were offered Apocalypse Now’s Captain Willard, including Pacino, Nicholson and McQueen—you’d need to go all the way back to Casablanca to find a similar twosome in the Potential Miscasting Hall of Fame: Ronald Reagan and Ann Sheridan. (And many dismiss even that as apocryphal, although the idea of RR growling “You played it for her, you can play it for me!” is certainly an intriguing one.)

GoodFellas was almost instantly considered a modern classic. And while neither Liotta nor Bracco has exactly burned up the screen since, it’s doubtful that Cruise and, especially, Madonna would have delivered anything beyond vaguely-remembered kitsch. If Scorsese thought he was at a low point after New York, New York, imagine what he’d have thought after that debacle. There probably would have been no The Age of Innocence or Casino, and so-called “dream projects” like Gangs of New York and The Aviator would have taken even longer to be okayed—if they ever were.

As it is, Scorsese hasn’t topped himself since GoodFellas; each of those aforementioned efforts are flawed, while the willingness to indulge Pesci-style ham has given us such risible main performances as De Niro’s in Cape Fear and Nicholson’s in The Departed. (And the less said about Bringing Out the Dead, the better.)

Meanwhile, the film’s impact on pop culture hardly needs mentioning; without it, there’s no Sopranos or Boardwalk Empire, no Guy Ritchie oeuvre, no Michael Imperioli being impressed that his tequila bottle can pour him a shot. (Hey, I didn’t say Fellas’ impact was all good.)

That Scorsese and the film famously lost out on Oscar night to auteur Kevin Costner and Dances with Wolves only adds to its mythology. (And anyone who’s been able to sit through Wolves a second time should get a free bowl of soup.) The script, the casting, the editing rhythms, the soundtrack—it all came together in a way that a Hollywood picture rarely has since.
And as for Cruise and Madonna—they can go home and get their fuckin’ shineboxes.