Gone Too Soon? The Unusuals: Pilot

Wherein our daring TV critic rewatches old primetime flops and asks the all-too-often unasked question, Why was this canceled? 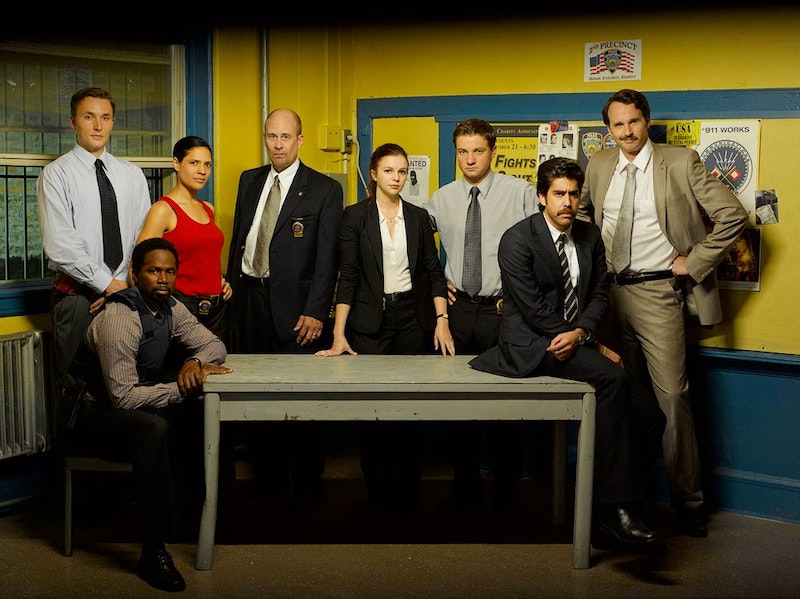 You’ll be happy to know that I’m finally caught up on all four seasons of Chuck. It took weeks of dedicated laziness and procrastination, but I’ve now seen every episode of this show, including the most recent one “Chuck vs. The Push Mix” that was originally written to serve as the Season 4 (and possibly series?) finale. NBC ended up ordering a full 24-episode season, but “Chuck vs. The Push Mix,” while a bit rushed and hectic, so neatly and enjoyably wrapped up all of the existing storylines that if the show had been canceled after this episode, it would have gone out on a high note. But I’m glad it’s sticking around, at least for now. Chuck is one of those shows, like Friday Night Lights (another NBC show whose fifth and final season will conclude its DirecTV run next week before airing again on NBC this spring), that has spent most of its duration behind the eight ball, struggling to maintain and gain viewership and perpetually on the verge of cancelation. But thanks to bizarre partnership deals (in the case of Friday Night Lights) and successful campaigning by passionate fans (Chuck), both shows have survived much longer than expected.

Watching “Push Mix” and wondering where the next 11 episodes will go from here and if the show will get renewed for a fifth season, I got to thinking about other shows that got axed before I had the chance to even really know they existed. I’ve decided to give these short-lived shows a second chance at life by watching, recapping their episodes here and, based on how much I think each show rocks or totally sucks, deciding if they were canceled too soon. I’ve decided to start with the 2009 ABC cop-dramedy, The Unusuals.

When a dirty, but longtime cop in the NYPD’s 2nd Precinct is murdered, Detective Casey Shraeger (Amber Tamblyn) is transferred from Vice—where she posed as an entirely unconvincing undercover prostitute—to Homicide, where Sergeant Harvey Brown (Terry Kinney) wants her to clean up his precinct by uncovering the secrets of all the zany cops who investigate New York City’s crazy murders. Brown trusts Shraeger because she’s a Park Ave. princess who dropped out of Harvard to become a cop, for what he assumes are purely altruistic reasons. But this is New York, and nothing is ever quite as it seems; Shraeger might be hiding a few secrets of her own.

Shraeger is paired up with Detective Jason Walsh, Dead Cop’s former partner, who used to play ball for the Yankees and now runs a part-time diner that serves inedible concoctions like pork chops with a Skittle reduction. Played by Jeremy Renner (before The Hurt Locker hit theaters and he became a movie star), Walsh is the sexiest and seemingly sanest of this group of unusual civil servants.

Rounding out the cast of characters, there’s Detective Eddie Alvarez (Kai Lennox) who refers to himself in the third person and looks like a reject from an Anchorman casting call. He’s a bossy pain in the ass who likes to be in charge and, with humorous effect, is given the total runaround by Walsh as they both set about investigating Dead Cop’s murder.

There’s what I have dubbed Team Facial Hair, a sort of yin and yang pairing of Detective Eric Delahoy (a wonderfully mustachioed Adam Goldberg) and Detective Leo Banks (Harold Perrineau, Michael from Lost). Delahoy has a brain tumor and a death wish; Banks is terrified of dying at the age of 42 (the age at which his father, grandfather and uncle all died) and wears his bulletproof vest everywhere he goes. They’re opposites, but they complement each other well and even though the characterization is a bit too broad at points, this duo had some of the episodes best moments when they ended up on a case of a neighborhood cat killer.

And then there’s Detective Henry Cole, a baby-faced God lover with a terrible Southern accent. While investing Dead Cop’s murder, Walsh and Shraeger are led to a recently torched storage locker where it is discovered that Dead Cop was storing files of his investigation into all the other cops in the precinct. Here we learn that Baby-faced Cole is really Nathan Granger, who once stole an armored car and did some other stuff that I can’t really remember. After Walsh confronts him and Cole admits that he used to be a wretched “sinner,” Cole makes a mysterious phone call, saying only, “I’m in trouble.” But maybe he just has God on speed dial. Later in the episode, the investigation leads the crew to the house of Leon Wu, a suspect in the murder of Dead Cop, where Cole pretends to find Dead Cop’s badge and gun hidden in the wall.

There is also another lady cop, Detective Allison Beaumont (Monique Gabriela Curnen), but we don’t learn all that much about her yet, except that she thinks she has nice boobs. They seem fine.

The episode ends with everyone gathered at a bar and Walsh says a few words about Dead Cop. As I’ve learned from The Wire, in law enforcement, when someone dies, you all have to go to a bar and talk about the dead person. It’s like a law. Anyway, Walsh explains that Dead Cop’s badge will be retired. “This is how it works. We pass the badge down until it kills you, and then we hang it on a wall.” As everyone’s eyes fill with tears, the Sergeant slips a photo into Shraeger’s pocket. It’s a picture of Walsh, standing with two other men. Walsh’s face is circled and written across the photograph is the question, “What’s his secret?” What indeed.

My initial impression is that this show is pretty entertaining and the whole reveal-their-secrets premise is a good hook. The only complaint really is that I’m 43 minutes into the season and Renner hasn’t taken off his shirt yet. I think I know why this show got canceled.